Bolt Action: Campaign: Fortress Budapest brings the siege of Budapest to the tabletop, pitting the heavily-outnumbered German and Hungarian forces against the Soviet juggernaut. The book offers in-depth information on the forces involved, linked scenarios, and new Theatre Selectors - all you need to provide yourself is the forces for the battle! That's where we want to help! There are some fantastic miniatures for the Hungarian army available from Warlord Games, but how are you going to paint them? 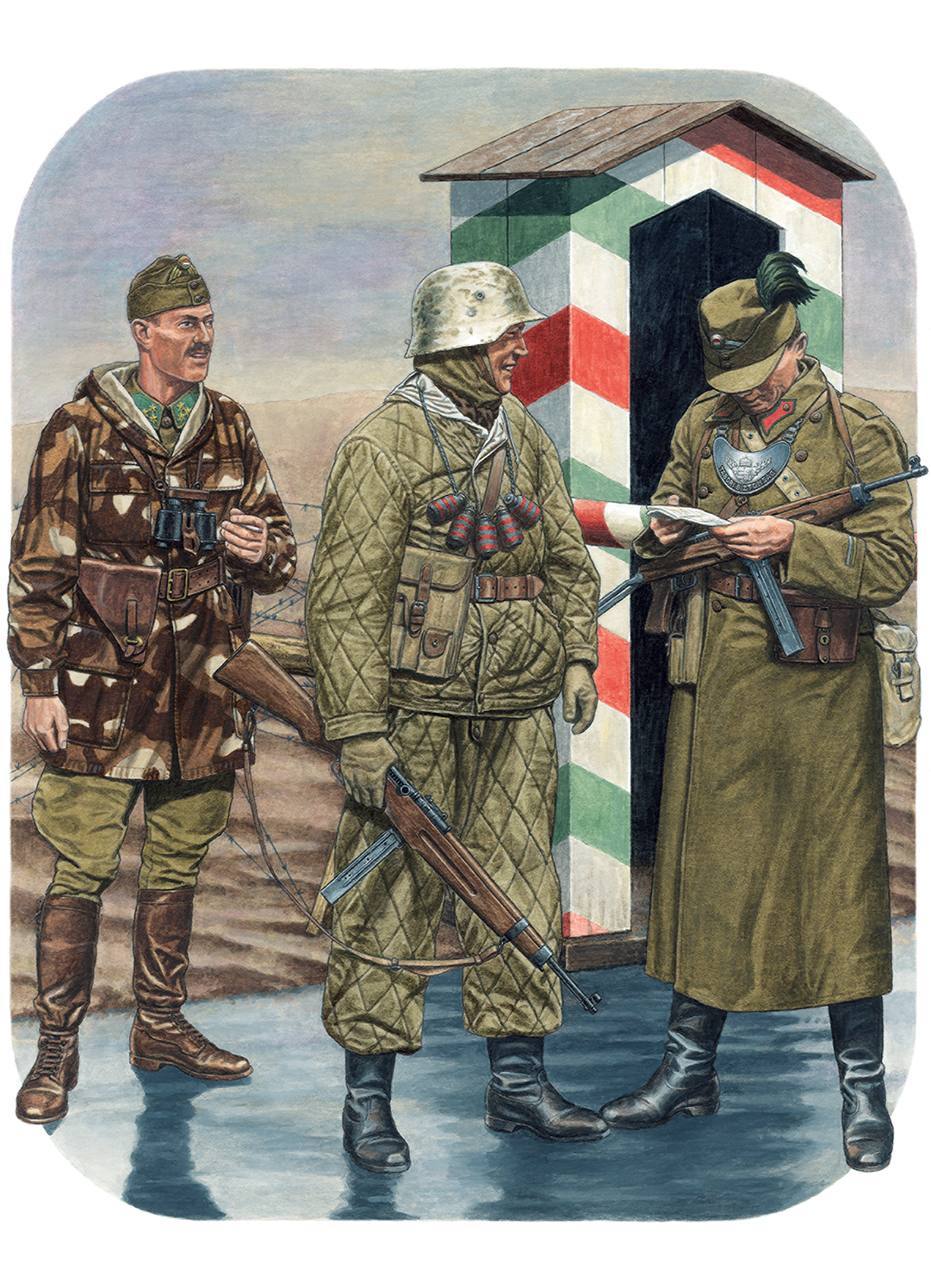 This company commander is wearing the paratrooper brown-sand-white camouflage jacket over his field tunic with the parachute qualification badge above the right breast pocket on grass-green cloth backing; several variants existed, including wire-embroidered. He also displays the Combatant Officer badge on the right breast pocket, and the aluminium Szent László badge on the left – an axe with a crooked shaft on a crown in a wreath. He carries a ‘Frommer Stop’ pistol. German M1937 paratrooper helmets were also worn in this unit. 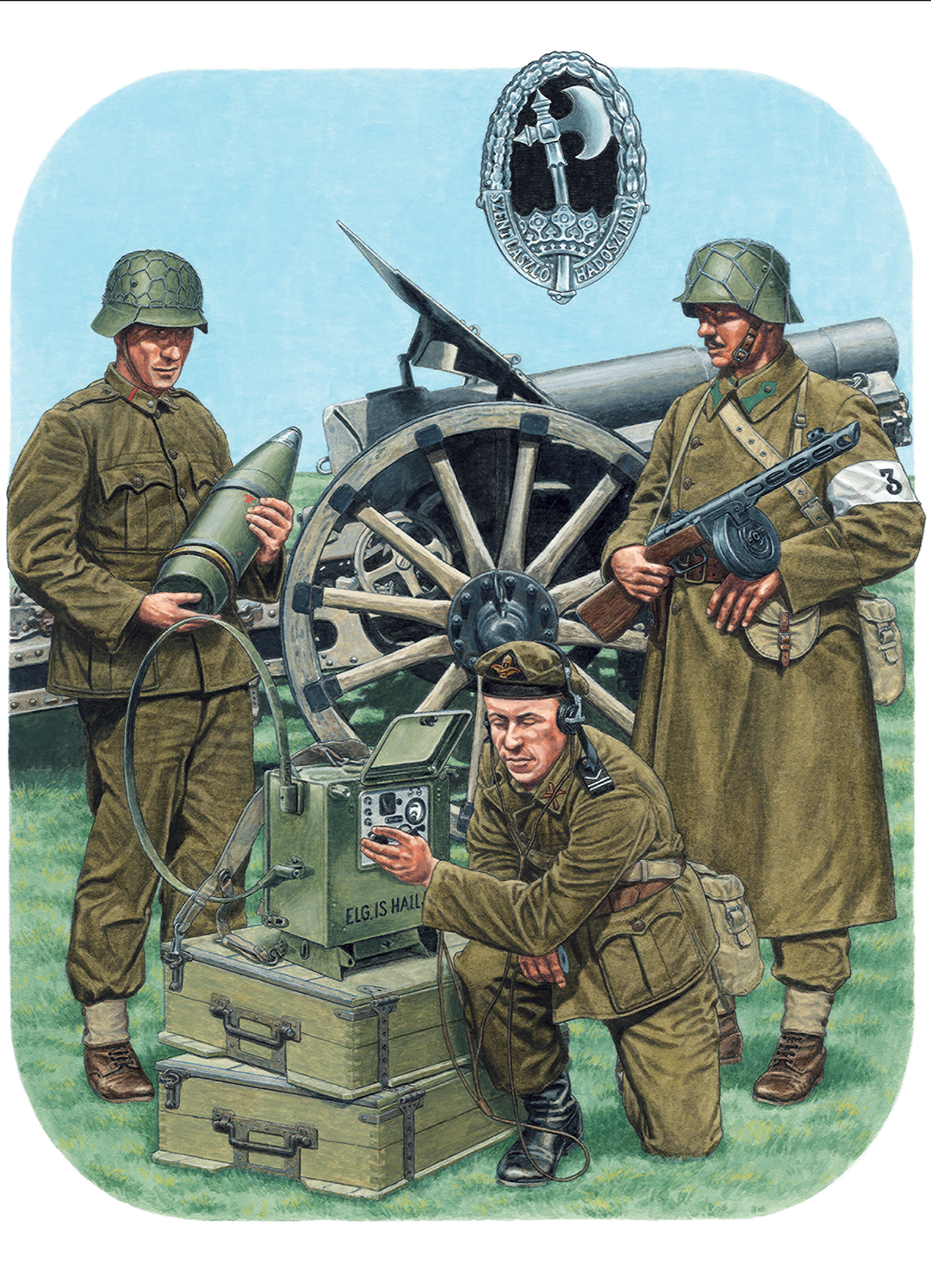 This gunner wears his field tunic with scarlet collar patches replaced by cloth strips due to material shortages. He wears M1943 trousers with canvas anklets and ankleboots, and has discarded his field equipment while serving a field gun.

This platoon commander wears Hungarian Army uniform with a white armband showing the company number. He has picked up from the battlefield a Soviet PPSh 41 7.62mm SMG and a khaki canvas pouch for its distinctive drum magazine. His overcoat has infantry officers’ gold-buttoned spearhead collar patches and cuff rank insignia.