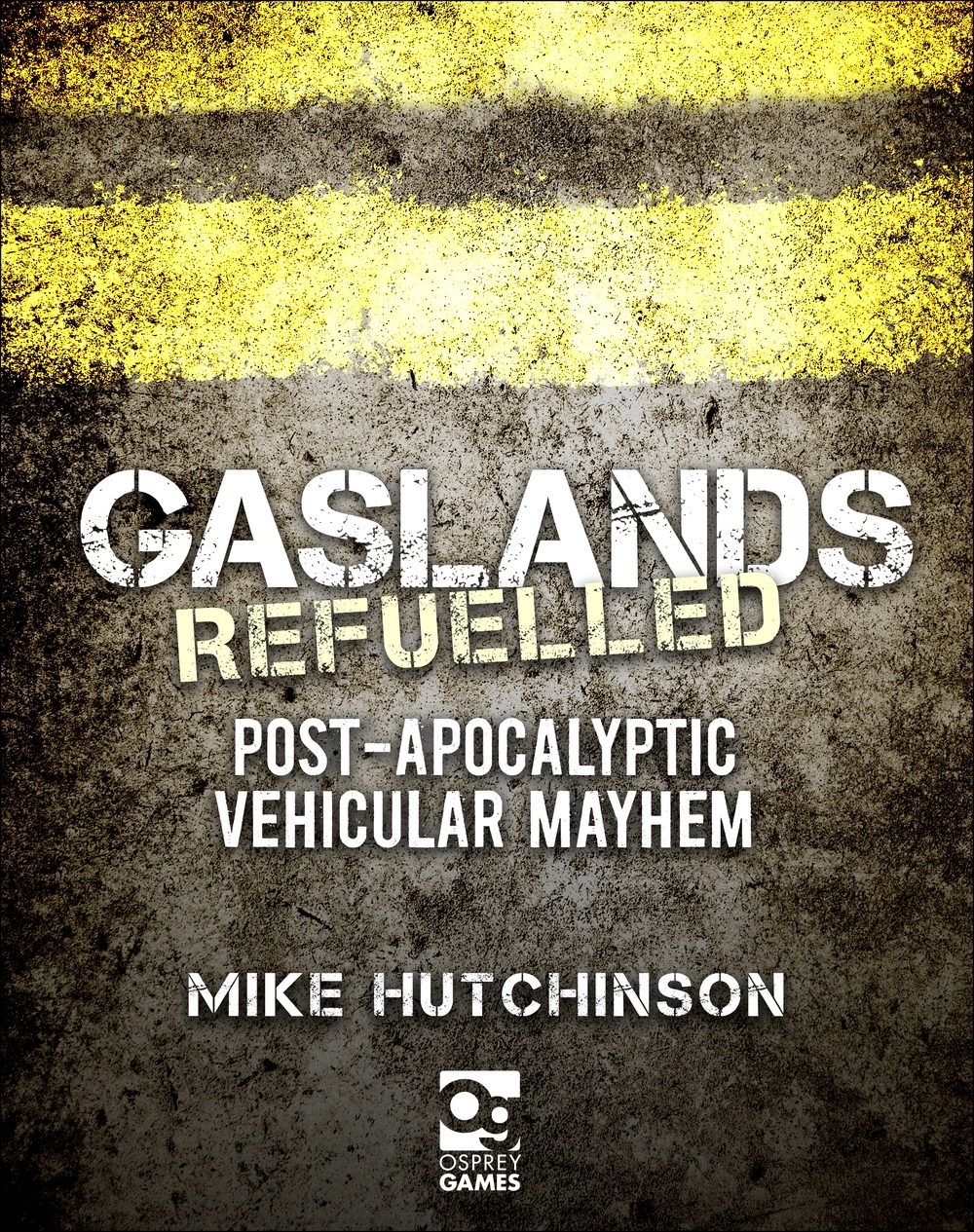 Coming in September 2019, Gaslands: Refuelled is a revised and expanded set of rules for the multi-award winning wargame of vehicular combat, written by Mike Hutchinson.

Featuring all of the material introduced in the Time Extended supplements, updated rules that factor in the feedback from the Gaslands community, and all-new content, this hardback rulebook gives players everything they need to take their death races to the next level. 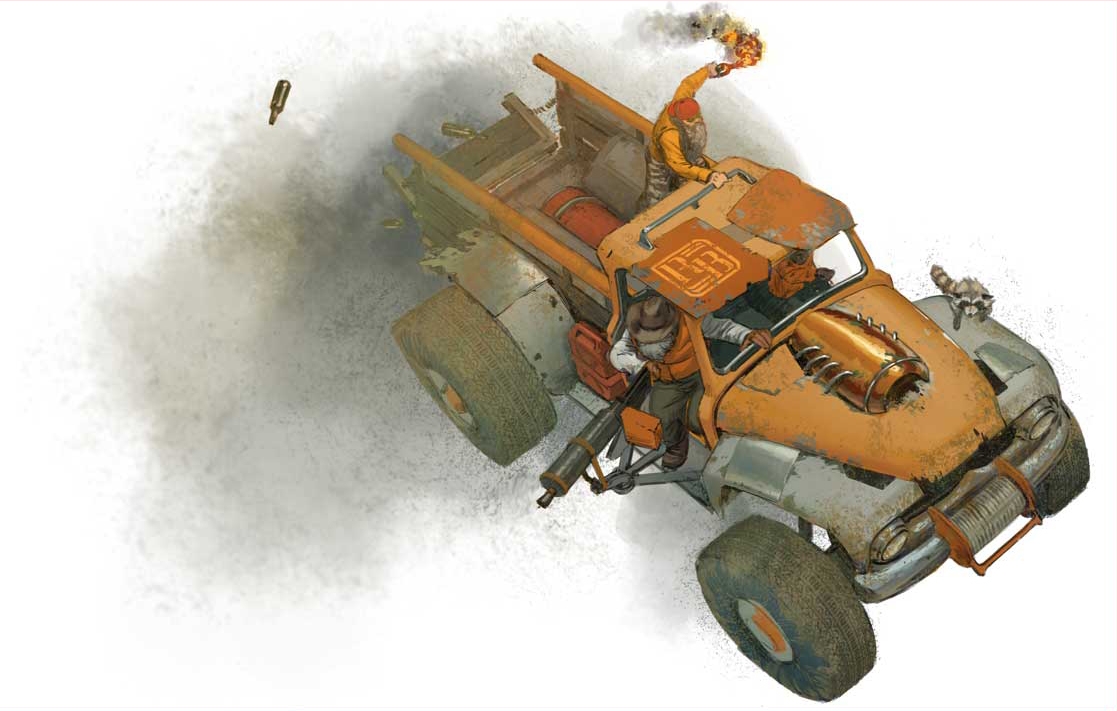 The familiar artwork from the first edition is joined by some stunning new pieces from David Auden Nash to help inspire you in your vehicular creations (although judging by the posts on the Gaslands Facebook group you’ve got all the inspiration you need!)

Mike Hutchinson is a passionate gamer and model-maker who wrote his first wargame at the age of 15. He lives in the inexplicably named village of Old Wives Lees in Kent with his wife, a library of games, and a menagerie of beasts.

David Auden Nash was born in Indiana, USA. He graduated with a BFA from DAAP at University of Cincinnati, and has been working in the illustration and design since 2008. He works primarily on board, card, and role-playing games, as well as books and video games.