Ragnarok: The Vanir publishes on 26th December, and brings a host of new content to the skirmish game of heavy metal combat in the Viking age. Amongst the new content are a vast array of creatures for the Bestiary, some of which you can find below!

The featured artwork is all by RU-MOR, with descriptions from author Tim Korklewski. 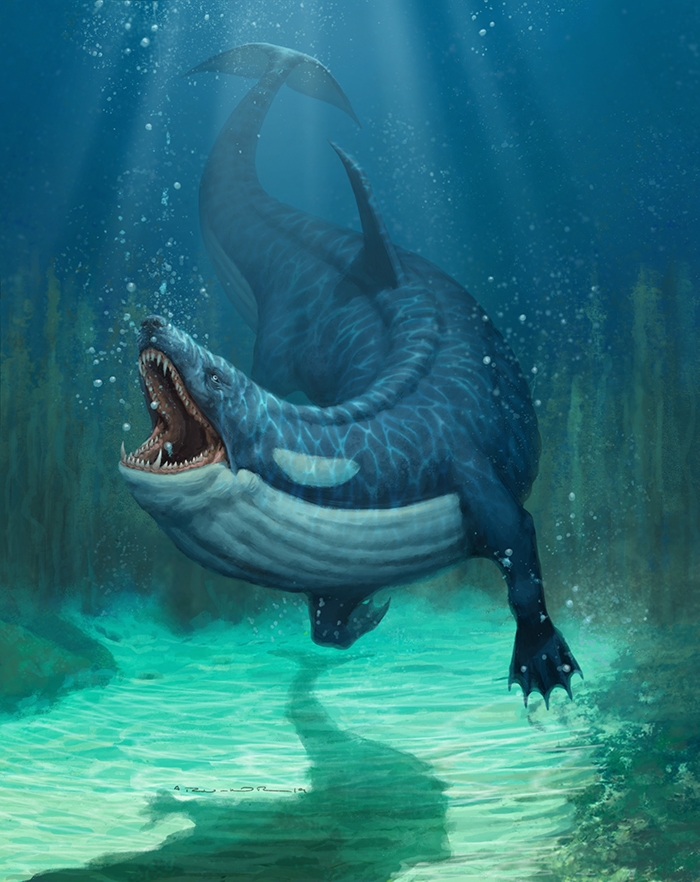 The Akhlut is a vicious bease from Skraeling folk tales. They were used to warn fishemen not to be too bold in their hunts near the icy waters. Akhluts are a hybrid of dire wolves and orcas, taking the predatory traits of both creatures to create a species of predator born from the nightmares of thoes that have spun legends into realty. Luckily for those that do wander, the Akhlut is a solitary hunter. However, it is just as dangerous to its prey on land as it is to those foolish enough to enter the waters where they dwell. 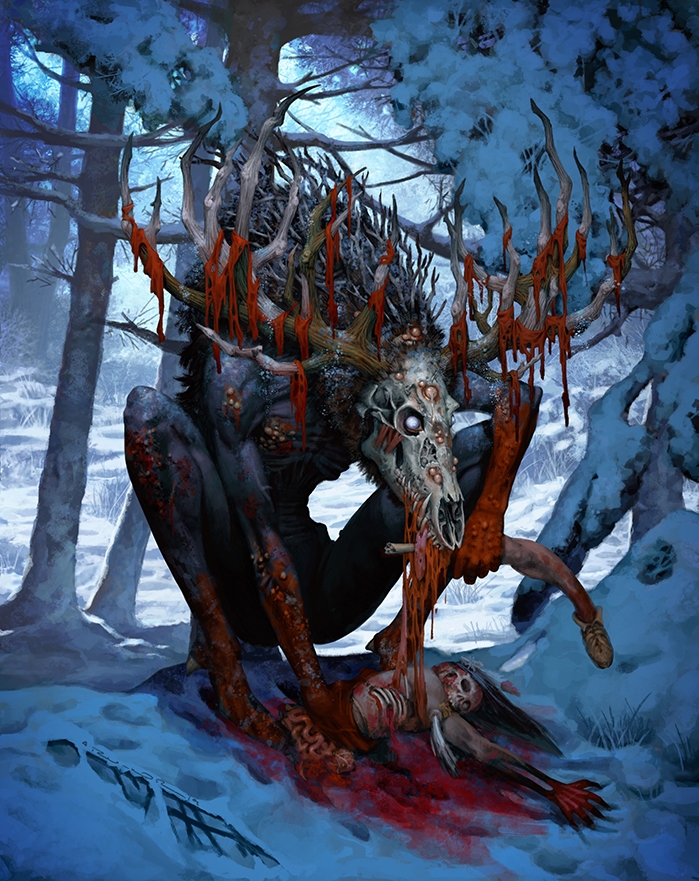 A creature that strikes fear in any demimortal at the mere mention of its name, the Wendigo is a remorseless killer that stops at nothing to slaughter its way through the Fractured Realms. Wendigo are a tall, gaunt race of demons that constantly look as if they are starving and dying of hunger. Sores cover their leathery skin, causing a smell of sickness and decay to fill the air in their presence. Its hands end in vicious claws which are used for rending their victims with ease. While it has the body of a humanoid, its head is that of a dead dear with predatory teeth. 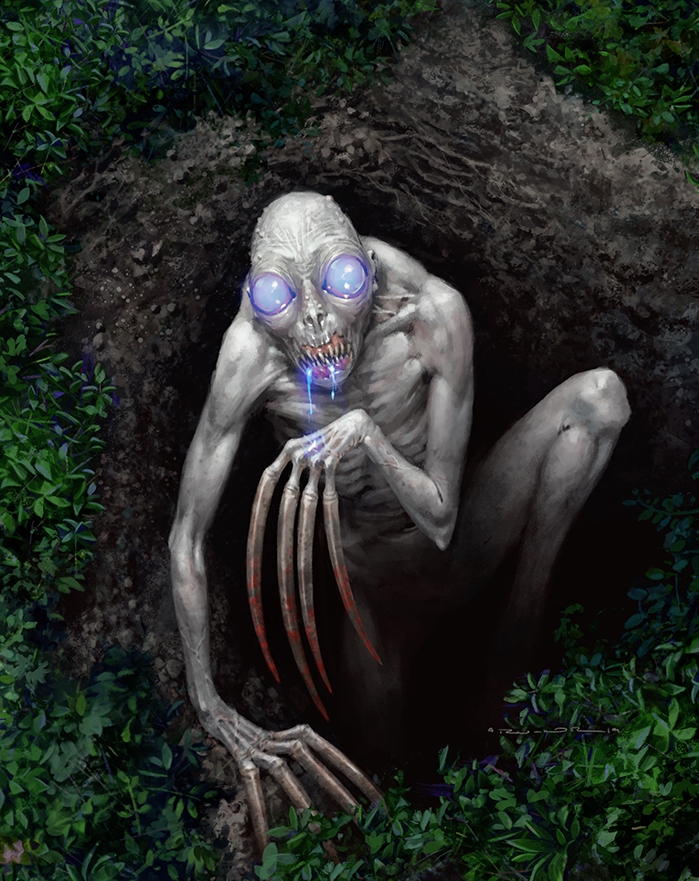 The Kigatilik, also known as "The Claw People", are a horrifying demonic race of creatures that are known for killing shamans, Gothi, and magic users of all kinds. It is said that they feed off of the magics that ebb and flow within the blood of their victims. Kigatilik, with their pale grey skin and bulbous eyes, stand roughly the height of an average mortal. They are typically slender in build and each of their hands end in massive claws the size of small swords. The mere touch of a Kigatilik is said to drain the ability to use mystical effects from their victims. 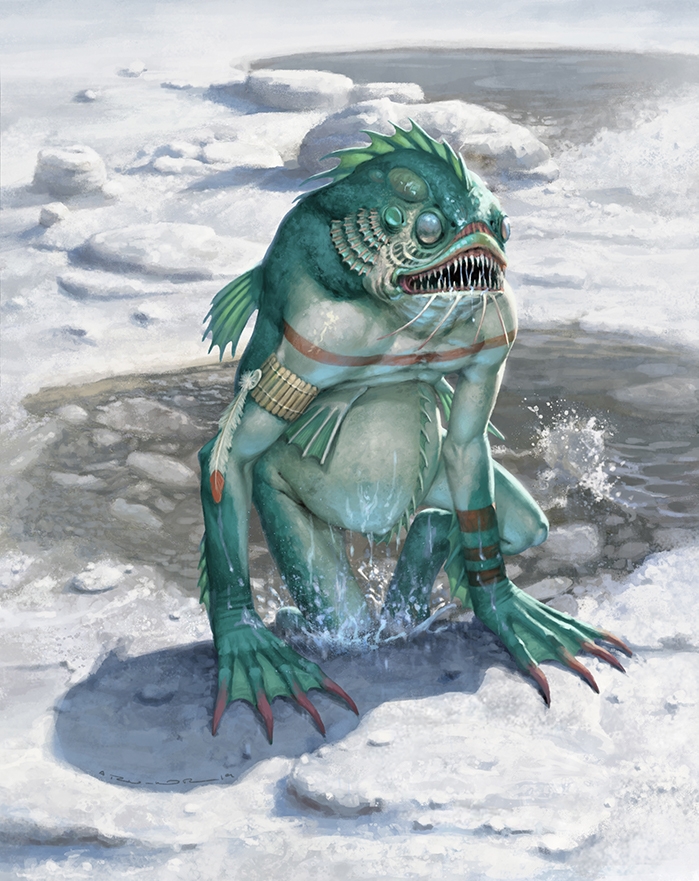 The Qalupalik are a demimortal race of cannibals that live deep beneath the frozen waters of The Fractured Realms. Their hideous forms can be seen darting beneath the ice, waiting on the perfect opportunity to pounce upon their prey. Qalupalik are a hideous species with green skin, large fish-like eyes, over-sized mouths filled with razor teeth, and with long, webbed fingers ending in horrid talons. Their favored tactic is to surprise their victims and drag them into the frigid water. Once there, they place them in a satchel to hold them close until the victim is no longer breathing. 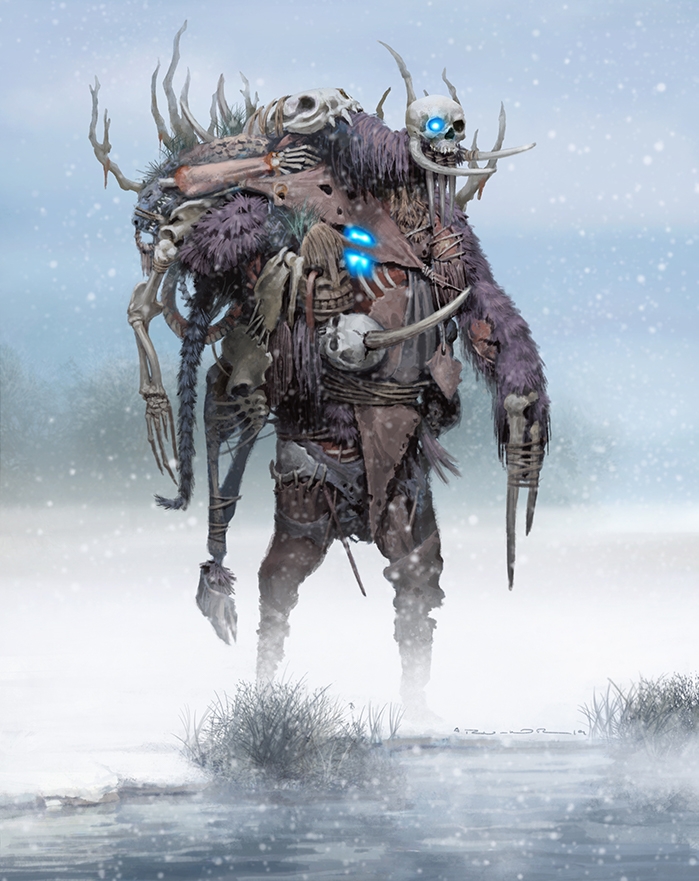 The Tupilaq is a demonic entitiy that was initially created to hunt down a specific enemy. When The Shattering happened, the sorcery used to bind the spirit to the inanimate objects that made up the body of a Tupilaq leaked out into the Worlds, allowing these errant spirits to create their own forms from stone, wood, dead flesh, bone, and any other available material. While the bodies of each Tupilaq are vastly different, their gruesome methods are always the same: hunt down their targets and kill them publicly, brutally, and instill fear in any witnesses.

Want to face off against these monsters? Preorder your copy of Ragnarok: The Vanir today!