The Treaty of Versailles was signed exactly 100 years ago, ending World War I. To commemorate this centenary, we look at the events that brought about this historic treaty, with an extract from Alistair McCluskey's Amiens 1918: The Black Day of the German Army focussing on the aftermath of the battle of Amiens. The battle was a turning point of World War I, confirming to all that the strategic initiative had decisively returned to the Allies. It also demonstrated the arrival of new strategic, tactical and operational methods of attack for the Allies. 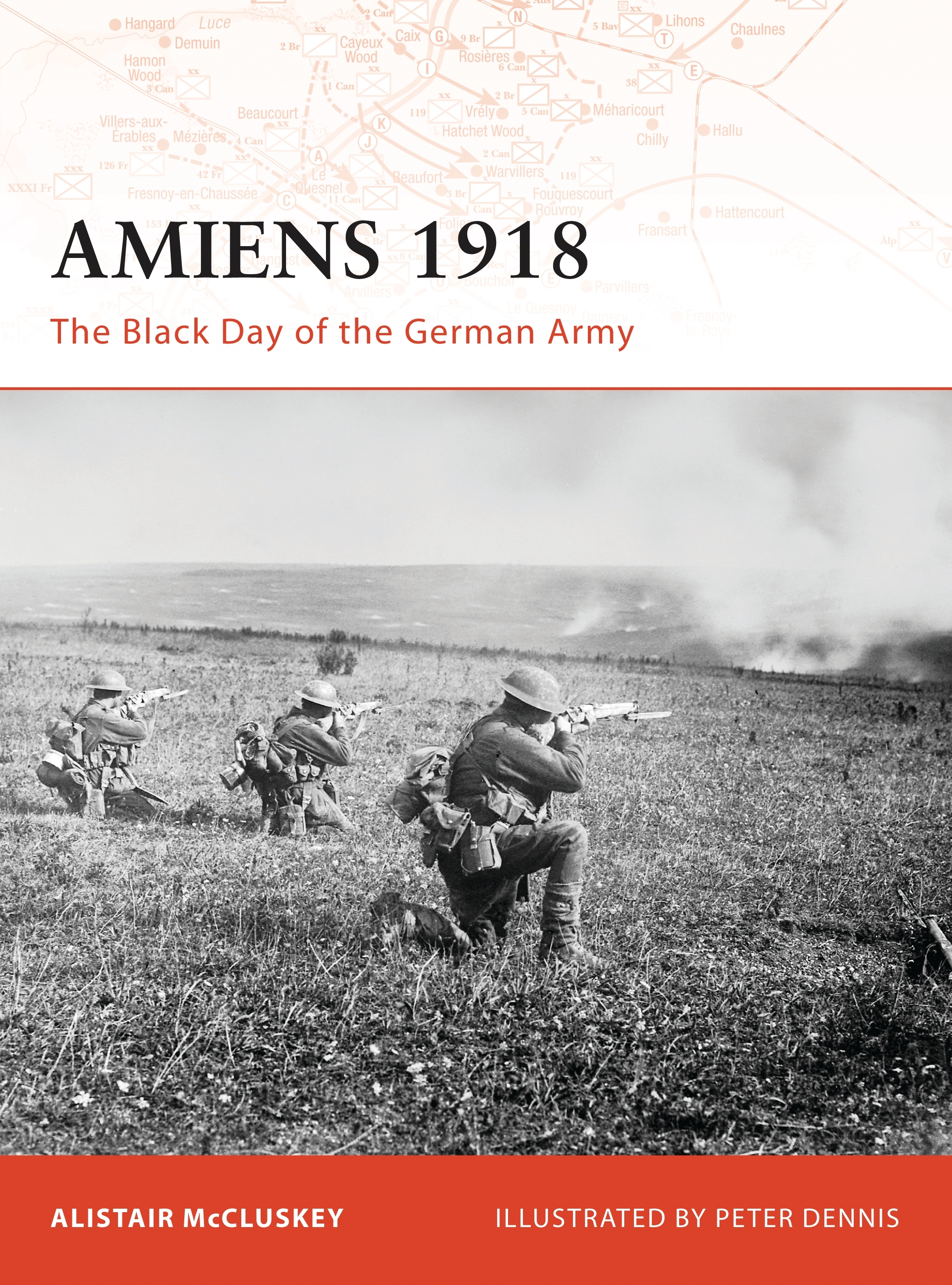 "Although major offensive operations at Amiens halted on 11 August, the effects of the battle were far reaching. The weight of the Allied blow clearly demonstrated the cracking morale of the German fighting troops. The Germans reported losing 27,000 casualties on 8 August, and 33,000 casualties overall, out of 48,000 men fielded by the Second and Eighteenth armies between 1 and 10 August. This included the staggering total of 29,873 prisoners, clearly indicating the loss of combat motivation within the frontline divisions. In addition to the human casualties, the British and French captured 499 guns.

The German high command discussed the situation at two conferences held at Spa on 13 and 14 August. Ludendorff displayed the strain he was under by making a wholly unrealistic assessment of the strategic situation. He continued his earlier arguments that others were to blame by remonstrating against the lack of support from the homeland for the war effort and the corrosive effect this was having on the troops. Furthermore, ignoring the evidence of the catastrophic defeat suffered by his forces, he went on to state his belief that the Allies’ will to continue fighting could still be worn down by defensive operations. Despite reports that the Kaiser instigated a diplomatic effort for peace via the queen of the Netherlands during a Crown Council on 14 August, little activity seems to have subsequently taken place.

The institutional blindness of the imperial court was not matched in the other capitals of the Central Powers. Previous crises in Eastern Europe had been met by transfer of German troops from the Western Front to stabilize the situation. The nature of the defeat at Amiens clearly illustrated that this support would no longer be forthcoming. An appeal to the Germans by the Austrian emperor for an immediate armistice was curtly rebuffed on 14 August and again on 14 September. The following day saw the Allies open the battle of Monastir-Doiran in Macedonia, which shattered the Bulgarian Army. On 26 September the Bulgarians requested an armistice.

The battle of Amiens was followed by a succession of blows as the Allies struck all along the Western Front, executing Foch’s strategy in what became known as the ‘100 Day Campaign’. Byng’s Third Army launched the battle of Albert on 21 August and eight days later was in possession of Bapaume. Haig continued to expand his attacks to the north as he brought Horne’s First Army, containing the recently transferred Canadian Corps, into action on 26 August at Arras. Ludendorff’s belated agreement to withdraw to a ‘winter line’ on the Somme in response was too little too late. His troops found themselves harried by numerous small-scale actions as they were bounced from the Somme position by the enterprising Australians at Mont St Quentin. By 10 September they were back in the Hindenburg Line nervously awaiting the next Allied move. At the forefront of these efforts was the Fourth Army, buoyed by their success at Amiens and confident in their tactical dominance of the battlefield.

The progress of the campaign during August encouraged Haig and Foch to develop plans for a general offensive with a view to ending the war in 1918. Together they envisaged a massive synchronized attack stretching from the Meuse to Ypres with a view to shattering the German positions. On 26, 27, 28 and 29 September the French, American, British and Belgian Armies launched a series of coordinated assaults, which cleared both the Ypres and St Mihiel salients, and shattered the once impregnable Hindenburg Line in a matter of days.

The breaking of the Hindenburg Line finally opened the eyes of the German High Command. The general offensive coincided with the capitulation of their Bulgarian allies, causing Ludendorff to suffer a fit. On 29 September he finally admitted that his army was beaten and that an armistice should be requested in order to save it from total destruction. During the last six weeks of the war the Allies maintained their pressure on Germany, with a series of assaults that crossed the rivers Selle and Sambre, and culminated on the Franco-Belgian border on 11 November."

To read more, order your copy of Amiens 1918: The Black Day of the German Army.  Plus, check out an extract from Prit Buttar's The Splintered Empires to read about the reactions and aftermath of the treaty.