NEW EXPANSION FOR THE LOST EXPEDITION
COMING IN SEPTEMBER 2018!

Gather your explorers, stock up on supplies, and get ready to venture deeper into the jungle with The Lost Expedition: The Fountain of Youth & Other Adventures, scheduled for release in September 2018!

Speaking about the project, Peer Sylvester, designer of The Lost Expedition, commented "In my opinion, an expansion should never simply offer more of the same, but should always try to surprise the players with something new. I am delighted to say that The Fountain of Youth & Other Adventures does exactly that, building upon the original game both thematically and mechanically, and I hope that everyone enjoys it!"

“We fell in love hard with The Lost Expedition, so we knew we weren’t finished with it,” said Duncan Molloy, Games Developer at Osprey Games. “I can honestly say that The Fountain of Youth & Other Adventures is the most fun we’ve had developing a new project at Osprey. New friends, mechanics and encounters, but the same dangerous charm.” 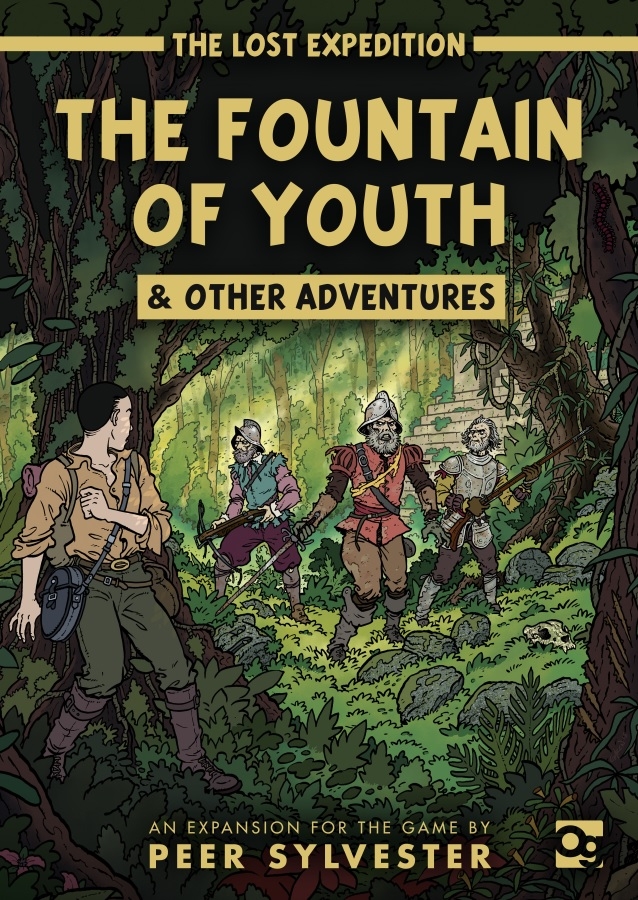 Explorers have been returning from the Amazon with extraordinary tales – conquistadors withered with age marching through the rainforest, unidentified beasts stalking expeditions, and an ominous mountain that is said to be more perilous than the jungle itself! Only the most reckless adventurers would ignore these warnings, but even they might find that they need some help.

The Fountain of Youth & Other Adventures contains four new expansions for The Lost Expedition which can be added separately or combined to provide a host of new challenges for your intrepid explorers.

This expansion requires a copy of The Lost Expedition to play.