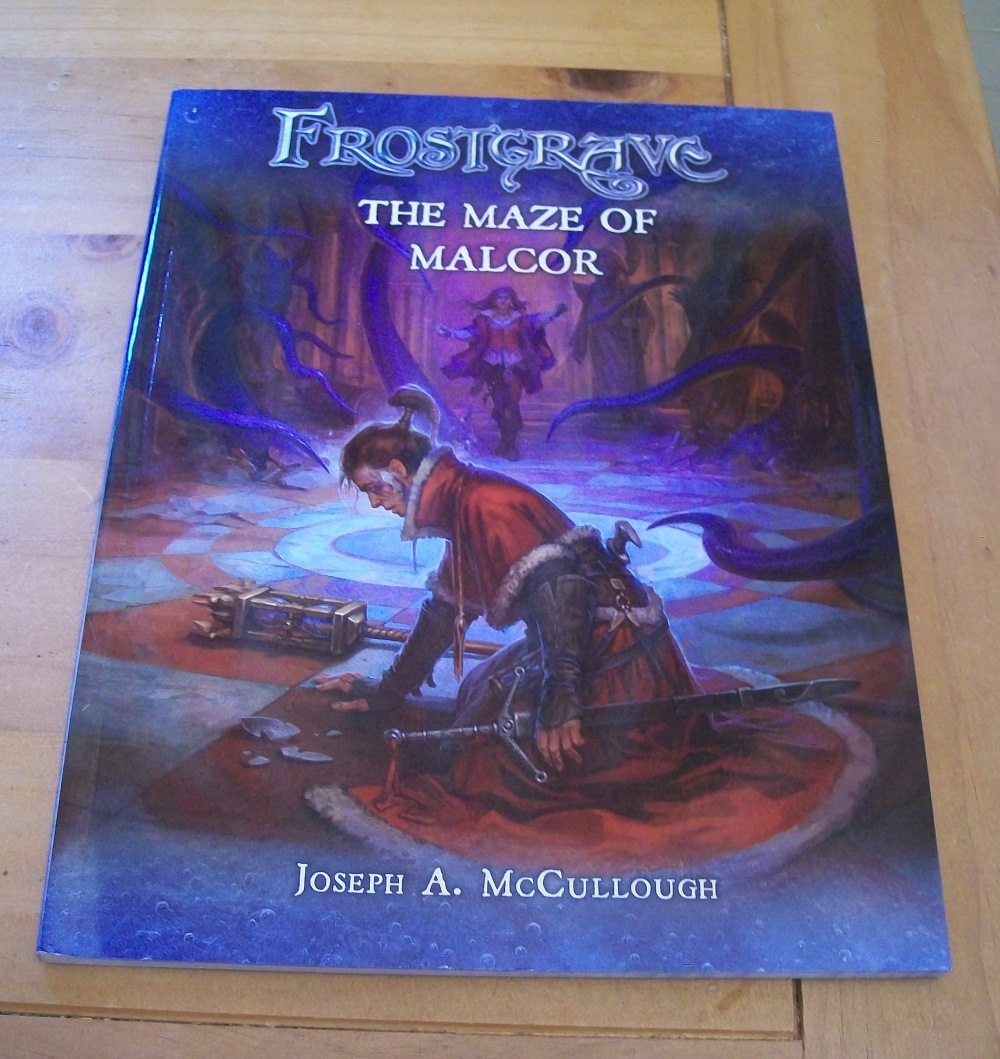 This article was first posted on Joseph A. McCullough's blog on Tuesday, 24th April. Be sure to follow it to hear more about Frostgrave, Frostgrave: Ghost Archipelago and some of the other projects he is working on!
It is hard to believe, but it is almost a year since the last Frostgrave supplement set in the Frozen City (Ulterior Motives) was released. Well, that is about to change! In June the game returns to the Frozen City in a big way with the release of The Maze of Malcor.
Why is the Maze so big? Well, first off, it truly is bigger. I wrote 50% more words for this supplement than any of the previous supplements and this gave me a lot of room to play!
The heart of the book is the 12 scenario campaign, all set in the recently uncovered, and partially ruined, ‘Collegium of Artistry’. The first 6 scenarios follow most of the conventions set out in previous supplements. However, after that point, the Wraith of Malcor, the last headmaster of the Collegium, becomes aware of the intruders, and starts sending his servants, the Wizard Shades, after them. The Wizard Shades can either be run as uncontrolled creatures or played by an additional player.
Each of the Wizard Shades is a unique character that represents one of the five lost schools of magic from ‘The Pentangle’ and wields spells that have rarely, if ever, been seen in the last thousand years…
At the end of the campaign, the players get to face Malcor himself. I have, on occasion, been accused of making the final scenario in Thaw of the Lich Lord too easy. Well, hopefully I have made up for it here… 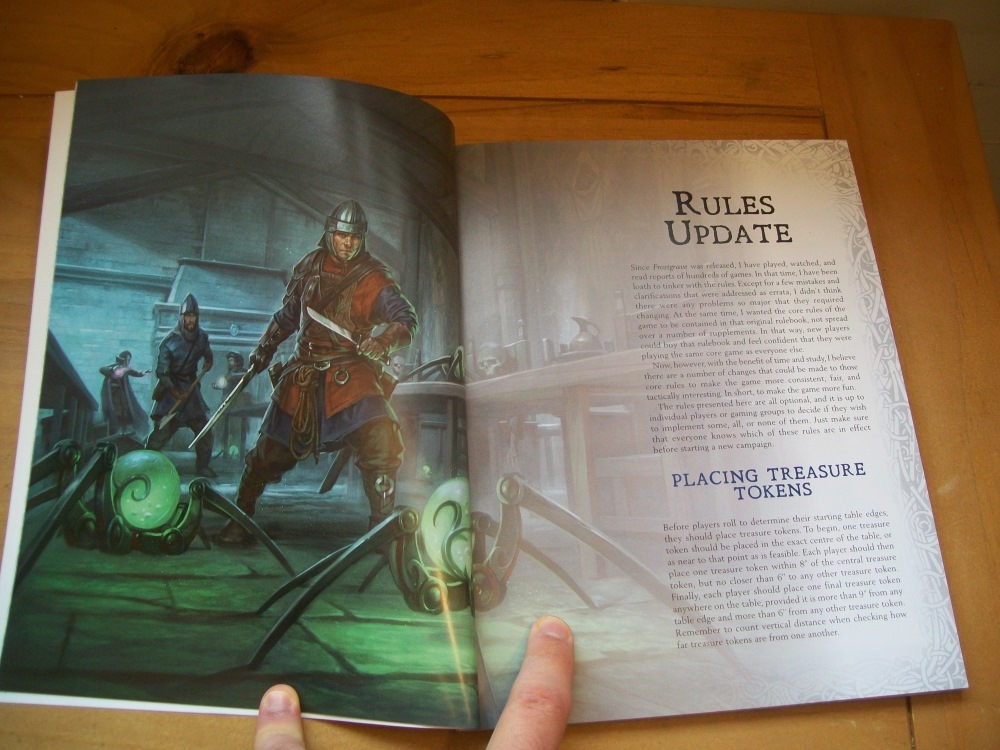 So, what else is in the book? Well, 30 spells from the Pentangle. These can be found on scrolls during the scenarios and thus used by wizards. These spells aren’t designed to be learned by wizards, but then, when did Frostgrave players ever let such things stand in their way…
Also, for the first time since Frostgrave was released nearly three years ago, I have included a section of ‘rules updates’. These are my suggested changes to the basic rules of the game. They are optional (as is everything), but I think players who try them will agree they improve the game in a variety of ways. Included in this section is a new Experience Point table.
Finally, there is a double-sized treasure table, and, of course, a bunch of new monsters to fight.  Oh, and sky gondolas, did I mention that?
Actually, June is going to be a big month for Frostgrave. Releasing at the same time as The Maze of Malcor is The Grimoire – a set of spell cards which includes all of the spells from the basic book and all of the supplements, including the Pentangle spells in Malcor. Also coming in June is Matthew Ward’s second (and somewhat darker) Frostgrave novel, Oathgold – no spoilers, but 'rangifer'.
And will their be new minis? Of course there will!
If that’s not enough for you, well, check back in a day or two for another small Frostgrave-related announcement. 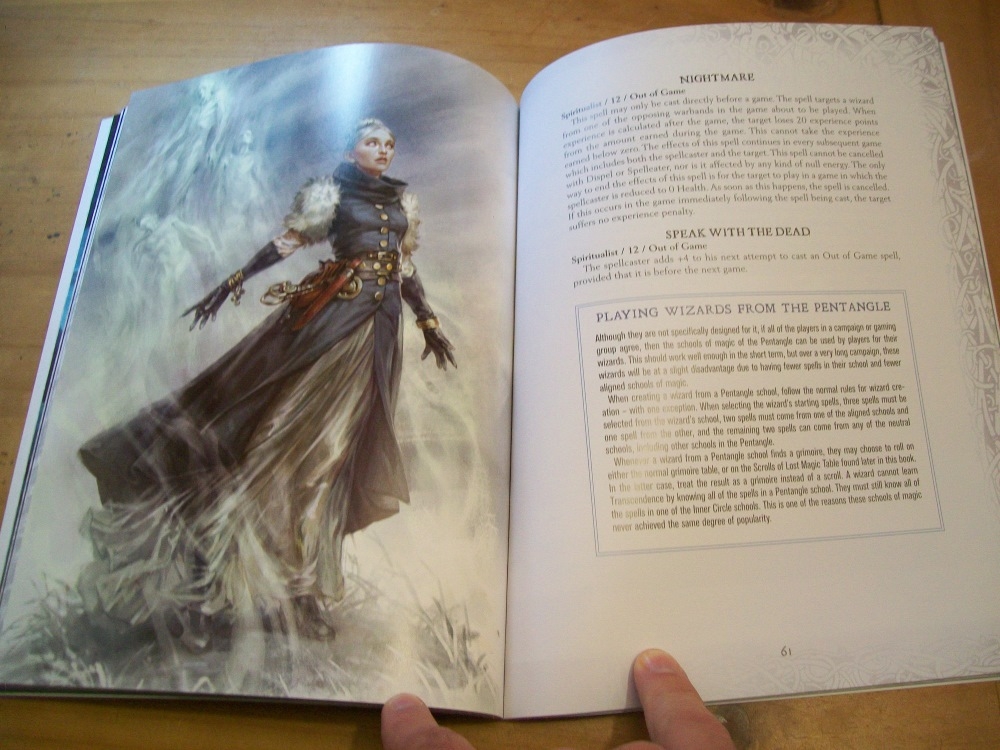