We have three fantastic plates to share with you today, taken from our upcoming November releases. From 4th Century AD right through to the Falklands War in 1982, there are some incredible scenes captured by our incredible illustrators. Have a look below and let us know which is your favourite piece. 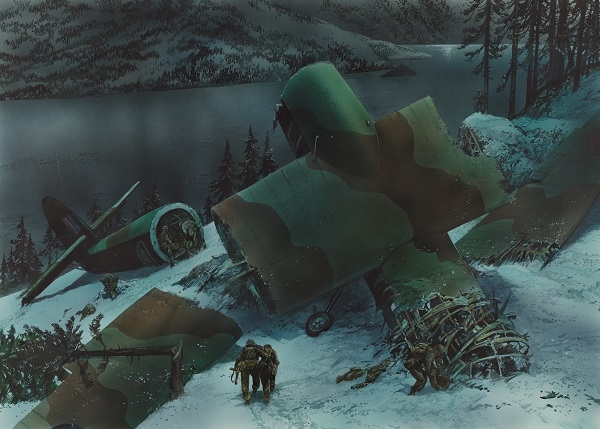 Our 50th Raid, Heroes of Telemark, is the thrilling story of the Norwegian-led SOE raid that prevented Hitler from building an atomic bomb. The scene here depicts a Horsa Mk I glider, sent to destroy the electrolysis plant at Vemork, after it crashed during the night in a remote area called Fylgjesdalen. The front half is crushed, the wings have snapped off and the back end has detached. Eight men, including the pilots, died, leaving nine survivors. 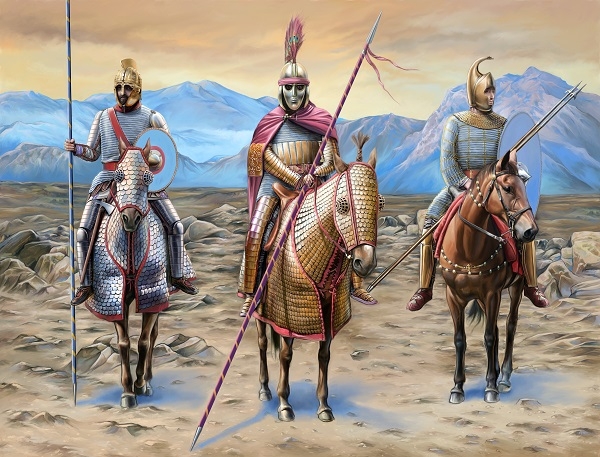 This second plate, taken from Elite 225: Roman Heavy Cavalry (1), depicts three cavalrymen from the second half of 4th Century AD. On the left is Clibanarius of Schola scutariorum clibanariorum (Constantinople, AD 380), in the middle, Clibanarius of Vexillatio equitum catafractariorum (Claudiopolis, c. AD 350). and Catafractarius, (battle of Argentoratum, AD 357). 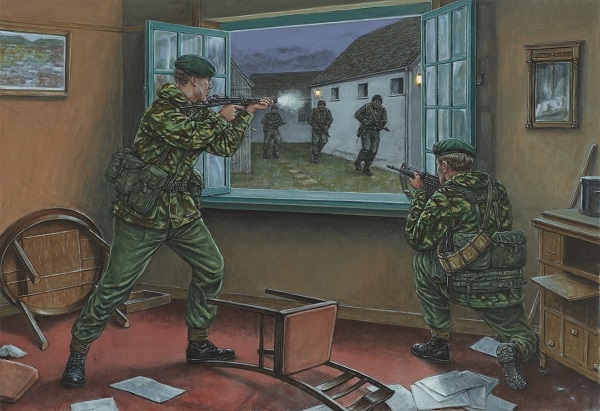 This final plate is taken from The Sterling Submachine Gun. Here, two Royal Marines of Naval Party 8901 open fire on a group of approaching Argentine commandos at Government House in Port Stanley, with both sides utilising Sterlings. One of the Royal Marines opens fire with his L2A3 while the other aims his L1A1 self-loading rifle. The Argentine commandos are armed with a mix of weapons including a commercial suppressed Sterling-Patchett Mk 5, an Uzi and a commercial Sterling Mk 4.

See more of our upcoming releases by clicking here.