Rob Burman is back on the blog to tell us more about Kobolds & Cobblestones, the latest addition to the Osprey Wargames series. This week he's looking at how you can use your hard-earned cash to turn a battle in your favour.

The dodgy underworld of Ordinsport is ruled by greed. Never a day goes by when at least a few palms aren’t greased to make sure the cogs of criminality run smoothly. Cash is an important commodity that can separate the low level thugs from the supreme crime lords. Knowing when to spend the odd coin to encourage the ‘troops’ or part with cash to bribe a rival can help gain the tactical advantage in a tight situation. 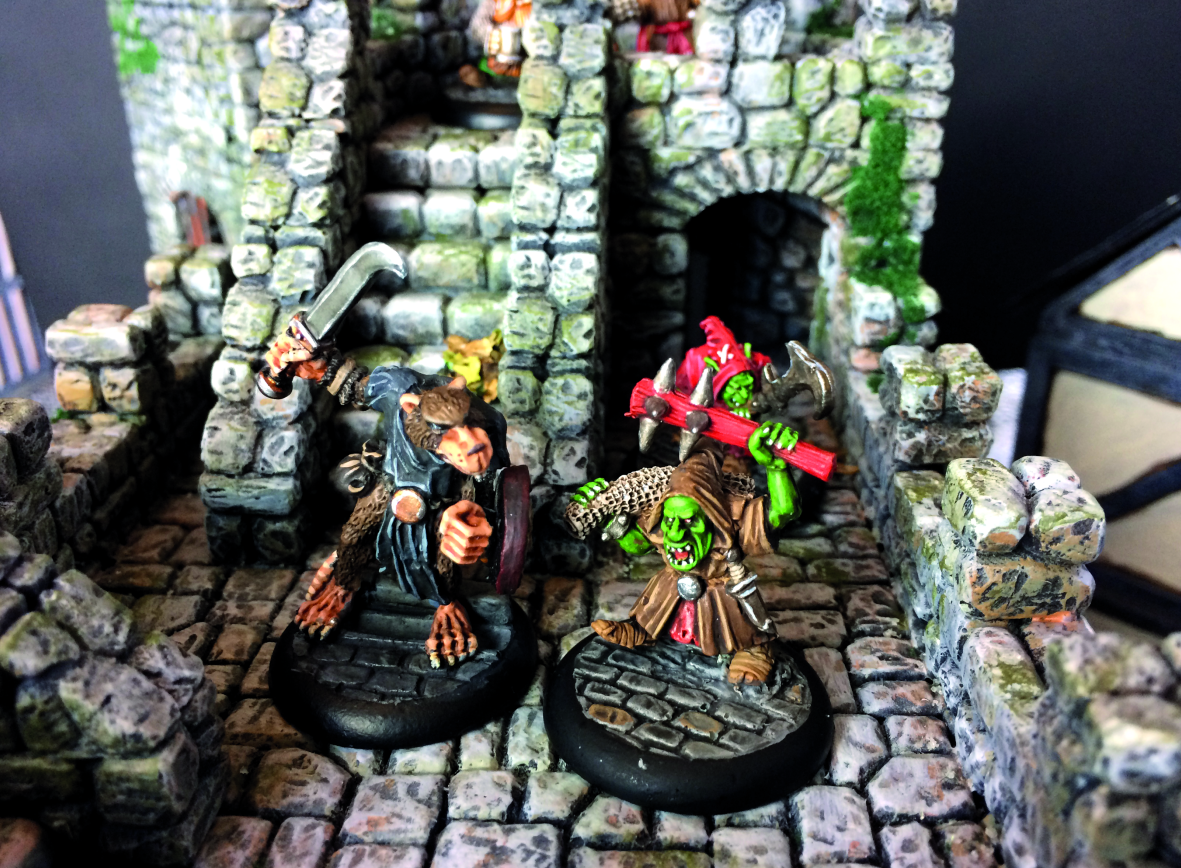 With this in mind, I wanted to ensure that money played a key role in Kobolds & Cobblestones. Initially, cash is used to recruit your fighters. In a casual game you’ll need to decide whether you want to opt for cheap but weak runts or more expensive - but stronger - big guys and experts. Runts are good for capturing objectives but then big guys can bash them out the way!

However, money is also a commodity that can be spent during the game too. As a crime lord in training you are constantly pulling the strings behind the scenes. Although your chosen Gang Leader will be bashing heads together in the gloomy streets, your role as the mysterious boss (with potentially deep pockets) can help to turn the tide.

During a game you’ll have access to your stash of cash. In a casual game the stash will be any money left over after buying your gang members (up to a maximum of 10 coins). While playing you can spend the cash to gain temporary bonuses or encourage your gang members to fight with a bit more oomph. You can spend gold on the following:

You can remove cards from the discard pile and place them into your Combat Hand. This is handy if you’ve just used a playing card that could be used again to create an even better hand.

Normally defending players will only be able to defend against an enemy attack. However, if you give them a little extra encouragement with the promise of a shiny gold coin, they’ll perform a counter attack (assuming they’re still standing, of course).

With the promise of some extra loot, even runts will get stuck in. You can spend  coins to add extra cards to your Combat Hand. This is particularly handy for bluffing your opponent, as they may not be expecting a strong attack.

‘Ave a Swig of This

Occasionally your fighters will get injured. However, a quick swig of the latest brew from the Alchemist’s Labs will sort them right out - or their legs will drop off. Either way, it’s good fun to watch.

Tell your gang members to take it on the chin for once and reward their bravery (or stupidity). This reduces the amount of wounds taken and can be crucial for keeping those important fighters alive. 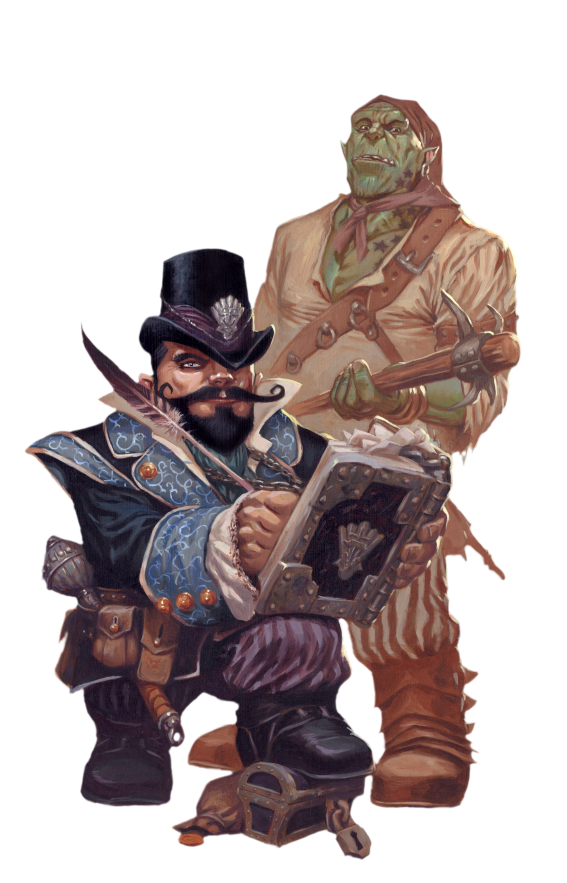 “You live near me mum Scragga, why you bashing me over the head? Let’s be mates.”

One of the key elements of money is that you can also use it to bribe your opponent’s fighters. Allegiances in Ordinsports are fleeting. One minute an Orc Bouncer is fighting alongside Barry the Elf and the next he’s offered his services to Screek Sewer Master. Of course, along the way they might meet a few old friends who are willing to overlook the current situation… as long as you pay the right price.

The final element to spend your gold on is bribing your opponent’s gang members, which will potentially stop the active player from attacking. This is a great way of temporarily blocking those key attacks - but it comes at a price.

You can pay a Guaranteed Bribe, which is the normal cost of that gang member, e.g. a runt would be one coin, while a Dwarf Berserker costs six coins. This immediately ends the enemy model’s activation. Or you can Be a Cheapskate and pay just one coin. However, this doesn’t always work so you must draw a card from the Event Deck (a separate deck of cards kept to the side of the game) to see if the bribe is successful. If you draw a red card, it counts as a success but if you draw a black card, it’s unsuccessful and the enemy can finish their attack as normal.

If you like the idea of bribing rival gang members, you might want to consider taking Screek Sewer Master as your leader. This sneaky ratman excels in hunting around the gutters and sewers of Ordinspot to find information that people would prefer to be forgotten (the odd compromising painting, a misguided love letter, an unpaid bill to Dorick the Loan Shark, etc.). As a result when you’ve got Screek as your leader, all Guaranteed Bribes cost one less and when you fail a Be a Cheapskate check, you can draw another card from the Event Deck to see if that’s successful.

Well, hope you enjoyed that brief look at how money works in Kobolds & Cobblestones. In next week’s blog, we’ll be looking at wizards and their amazing (but potentially catastrophic) spells.

Want to know more about the game? Check out Rob's other blogs on the Card-Based Mechanics and Creating Your Gang.