Henry Sakaida, author of Aircraft of the Aces 13 and 22, and Aviation Elite Units 5, passed away in late August 2018 following a severe stroke. He was only 67 years old. A second-generation Japanese-American with close ties to his family roots, he was a leading light in Pacific Air War history. Uniquely, he studied aerial combat in this theatre of war from the Japanese side, allowing the exploits of units and airmen of the Imperial Japanese Army Air Force and Imperial Japanese Naval Air Force to receive coverage that they had never previously enjoyed. Known to one and all as a ‘people person’, Henry was very generous with his time when it came to assisting other historians and authors in their own research.

Whether returning Hero of the Soviet Union medals to Soviet veterans and their families or his enthusiasm in contacting veteran fliers from both sides of the Pacific, he cared about people. Thus, much of his work revolved around human interest aspects of that great global conflict.  He once said to me that what drove him was digging into mysteries, trying to figure out what really happened in some given incident, identifying the people involved, who otherwise may well have remained anonymous. He styled himself as a detective. When it came to the Pacific Air War, he was a Sherlock Holmes par excellence. His reputation needs no explanation among our community of historians and enthusiasts, of course. But to me, the greatest accolade he achieved was the recognition and respect he earned from the community of Japanese veterans he so enthusiastically sought and interviewed, men such as Minoru Genda, Saburo Sakai and many others.

Our thoughts are with his family and friends at this very sad time. 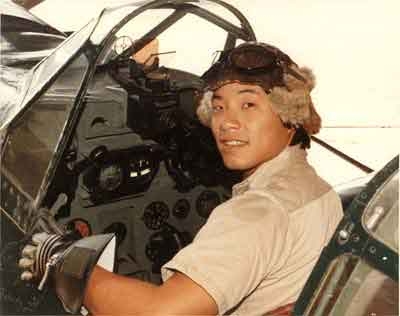