For more information about the game from the author himself, check out Jonathan Haythornthwaite's designer blog.

Hunting Grounds is the first expansion for Dracula’s America: Shadows of the West, and introduces a host of extras for your existing Posses. Alongside these additional items and Arcane Powers is a new Narrative Campaign, special rules allowing players to take the battle into the Hunting Grounds, and two new factions, but what do these new Posses bring to the tabletop? 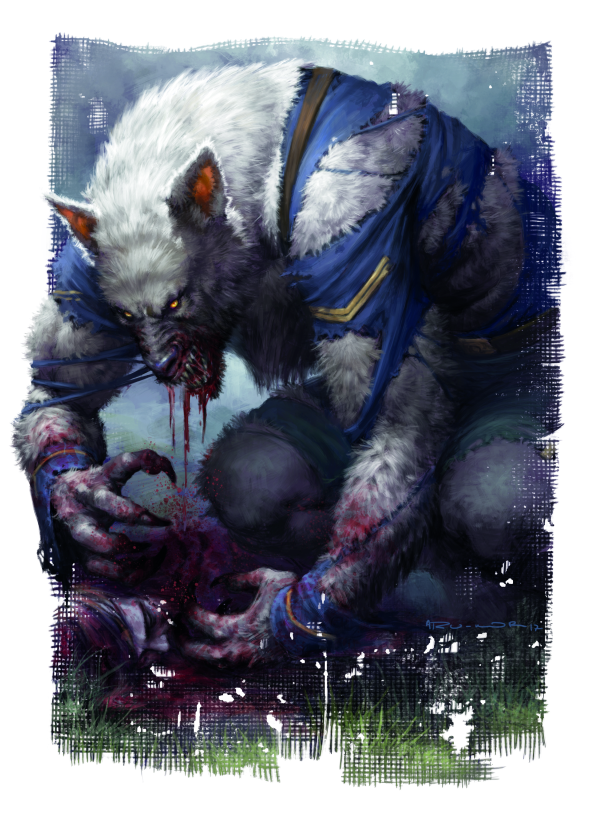 The Accursed, vicious monsters that fight for the Forsaken
Artwork by aRU-MOR

The Forsaken are the remnants of Custer’s 7th Cavalry, now cursed to become uncontrollable were-beasts after the battle of Little Big Horn. Two non-Hired Gun models in your Posse will become Accursed, becoming monstrous beasts that fight for you on the battlefield, but could well turn against you if things start to go wrong. 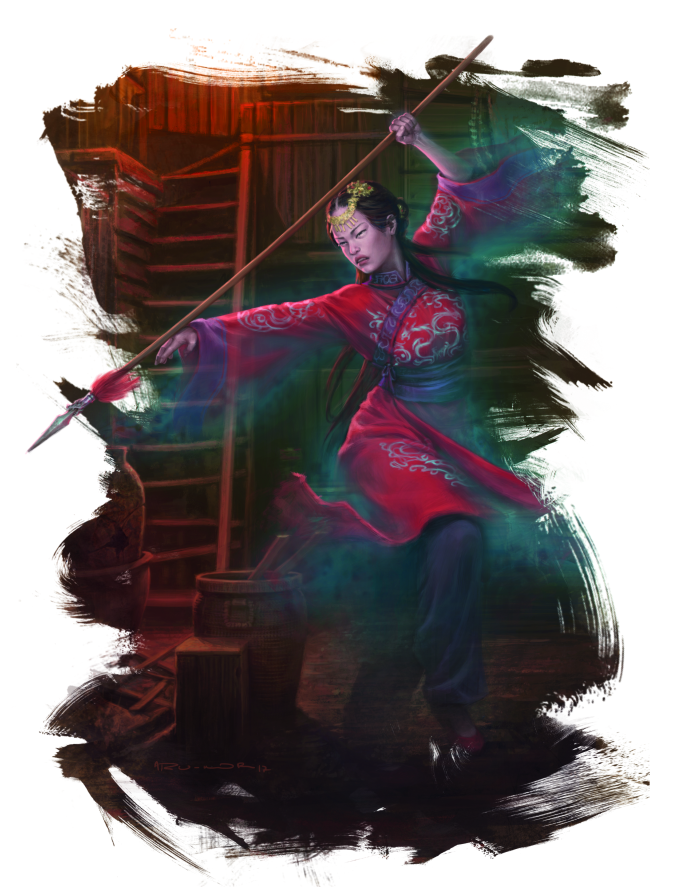 The Shadow Dragon Tong is a secretive organisation whose will is enforced by lethal martial artists with a sinister connection to the spirit realms. Players choosing this faction will see two of their models become Guilao (‘Ghost-Men’) – Supernatural, Ethereal warriors that stick to the ancient martial traditions of their ancestors. Members can also benefit from Animus-ink Tattoos, granting the bearer special supernatural abilities to aid them on the battlefield.

Will either of these factions be making their way to your tabletop?

Dracula's America: Shadows of the West: Hunting Grounds will be released on 25 January, making the Weird West just that little bit weirder. Preorder your copy today!