We’re delighted to announce that in September 2018 we will be publishing Cryptid, a deduction game for 3-5 players designed by Hal Duncan & Ruth Veevers, with artwork by Kwanchai Moriya. The game sees players take on the role of cryptozoologists on the trail of an unidentified creature, but only one will be able to claim the glory of discovery! 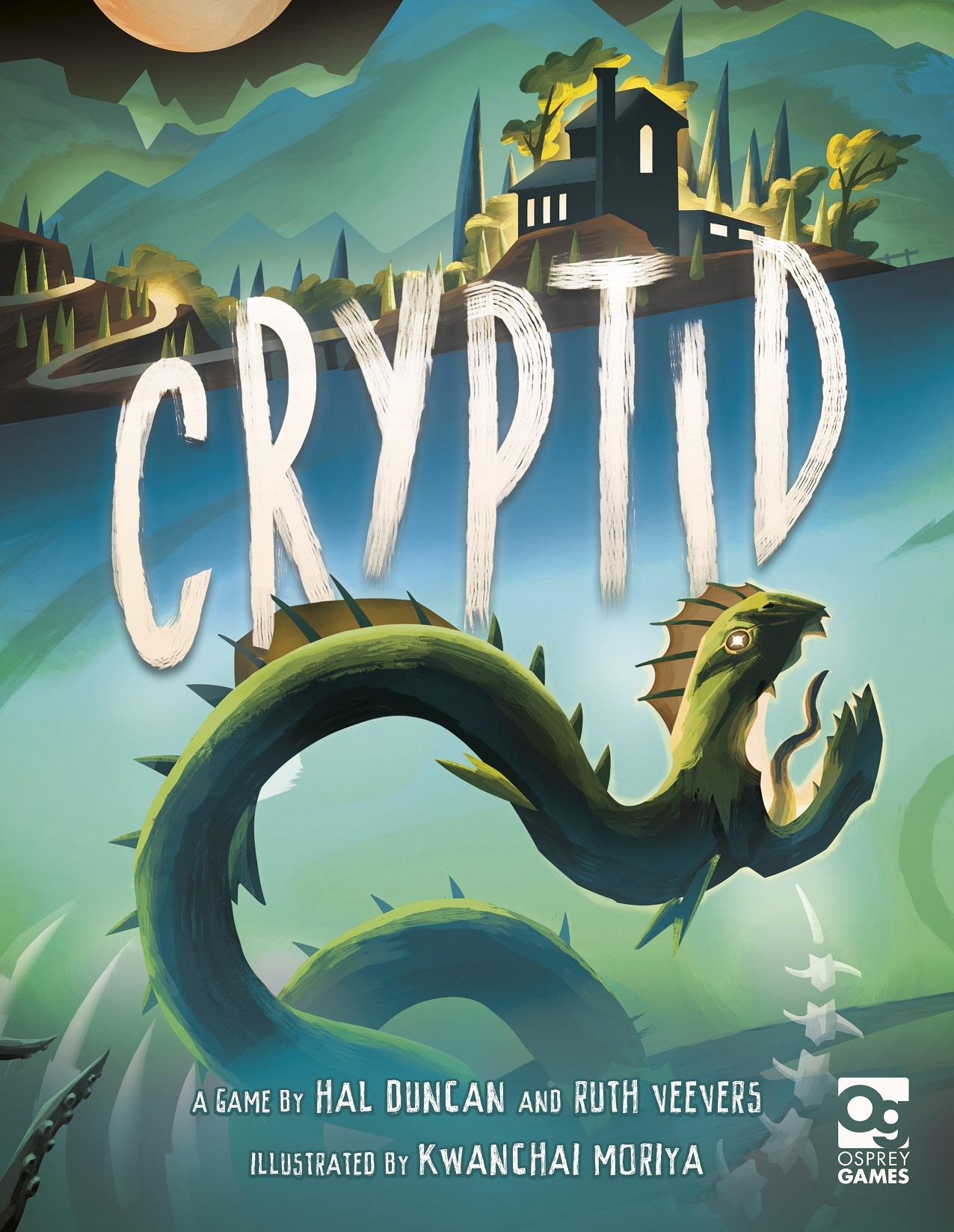 Cryptid (n): a creature whose existence is disputed or unsubstantiated.

You’ve studied the footage, connected the dots, and gathered what meagre evidence you could. You’re close – soon the whole world will know the truth behind the cryptid. A group of like-minded cryptozoologists have come together to finally uncover the elusive creature, but the glory of discovery is too rich to share. Without giving away some of what you know you will never succeed in locating the beast, but reveal too much and your name will be long forgotten!

Cryptid is a unique deduction game of honest misdirection in which players must try to uncover information about their opponent’s clues while throwing them off the scent of their own. Each player holds one piece of evidence to help them find the creature, and on their turn they can try to gain more information from their opponents. Be warned – give too much away and your opponents might beat you to the mysterious animal and claim the glory for themselves!

The game includes a modular board, five clue books, and a deck of setup cards with hundreds of possible setups across two difficulty levels. It is also supported by an entirely optional digital companion, allowing for faster game setup and a near-infinite range of puzzles.

We'll be posting more news about the game closer to release, so keep an eye out for the latest information (and, of course, for cryptids).