In today's blog post, Benjamin Lai looks at the story of John Rabe, a German businessman and Nazi Party member who helped establish the Nanjing Safety Zone and helped to prevent the atrocities of the Japanese army during the Nanjing Occupation. Rabe's story is featured in Lai's latest Campaign book CAM 309: Shanghai and Nanjing 1937, which is out now. See Benjamin's previous post on the Battle of Shanhai 1937 here.

By mid-December 1937, Nanjing was not the place to be, the Japanese army had been laying siege to the city for a fortnight, and continuous bombing in the preceding weeks had rendered the city’s services in tatters. Raw sewage was everywhere and there was no water, no electricity and no sanitation. Packs of rabid dogs were feasting on the unclaimed dead that littered the streets. The city was filled with refugees, and tales of Japanese brutality, towards both soldiers and civilians, circulated amongst Nanjing residents. Those who had the means to escape were leaving in droves, but in the midst of the destruction, a group of foreigners defying common logic chose to remain in the city to help hundreds of thousands of strangers. The leader of this group was John Rabe, the General Manager of Siemens China and a Nazi Party member, who became the most unlikely hero.

Rabe came to China from Hamburg when he was 26 years old. Soon after landing, he managed to secure a cadetship apprentice job with Siemens. A loyal company man, he worked diligently and soon rose up the corporate ladder. His job with Siemens took him to many places in China, including Shenyang (then known as Mukden), Tianjin and Beijing before he became the General Manager of Siemens in Nanjing. Under his control was the city’s power station, equipped with the latest Siemens generators. 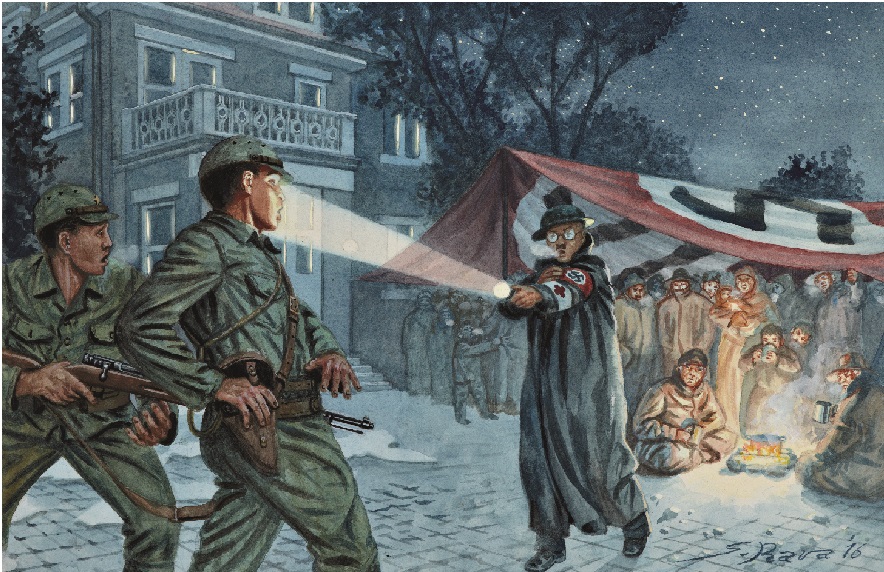 Rabe was an old ‘China hand’, having lived in China for 30 years and had no intention of leaving a place he loved. As the Japanese army approached Nanjing, Rabe sent his wife and children away but refused to leave on the grounds that it would show a bad example to his Chinese workers. Much has been written about Rabe and most writers continue to place stress on the fact that he was a member of the Nazi party. However, while he rose to become the deputy head of the Nazi party branch in Nanjing, he was never a goose-stepping Nazi. Rabe joined the party in early 1934, only as a means to extract funds for his beloved Sino-German school, which he founded in late 1933. Grants from the German embassy were only available to party members.

Rabe was credited with saving 250,000 lives in Nanjing. Not only did he provide food, shelter and daily necessities but he also managed to find toys for the many children. In the winter of 1937–1938, he emptied his life-savings in order to keep the centre for refugees going and he even managed to produce a half-decent Christmas meal for all the Western refugees. In February 1938 the refugee centre was forced to close, and on departure over 100,000 people gathered to thank him and present him with a handmade banner bearing the accolade “A living Avalokiteśvara“. The original banner can now be seen at the Nanjing Massacre Museum in Nanjing. 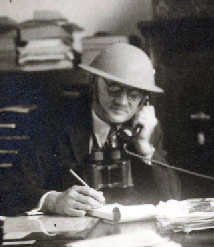 Rabe was ordered to return to Germany in February 1938 but was prevented from mentioning anything about the massacre by the Gestapo. To keep him out of trouble, Rabe was sent briefly to Siemens Afghanistan, but by 1945 he found himself in Berlin working at Siemens’ HQ until the end of the War. Unable to find work due to his Nazi connections, and with his savings depleted in a lengthy legal battle to clear his name, he was forced to live on what was left of his now very meagre savings. Rabe’s health also began to fail, due to his diabetes, a condition he had whilst in Nanjing. He was saved by the people of Nanjing who, having heard of his condition, organised a city-wide collection of food and money. Through an American Missionary by the name of Mills, Rabe received some 2000 US dollars from China, which is approximately 20,000 US$ in today’s money. Chiang Kai-shek offered him and his family a life state pension, a house and school fees for his children, but Rabe’s failing health did not allow him to come to China to take up this generous offer.  Rabe died in 1950 and his wife Dora in 1965. Both were buried in West Berlin. Due to the redevelopment of the city, the graveyard was set to be cleared, but the family of Rabe saved the tombstone by donating it to the Nanjing Massacre Museum. Through the determined lobbying of his friends, Rabe’s grave in Berlin was saved and in 2013 the people of Nanjing donated funds to refurbish Rabe and Dora’s grave.

The remarkable deeds of Rabe can be found in his diary, first published in 1997 and now available in several languages. Rabe’s house in Nanjing (1, Xiaofenqiao Road) where he sheltered as many as 650 people is now a museum and can be visited free of charge. Within the grounds of this house is also Rabe’s pride and joy: the Sino-German School. His last place of residence in Berlin at Harriesstraße 3 in the district Siemensstadt, as well as his place of birth in Hamburg (Lindenplatz 2), both feature a memorial plaque. His grandson, Dr Thomas Rabe, runs the John Rabe Communications Centre in Heidelberg.

Read more on Rabe's fascinating story and the Second Sino-Japanese War in Campaign 309:Shanghai and Nanjing 1937. Click here to order today! Also, you can read more about the Battle of Shanghai in Benjamin's previous blog post by clicking here.