Jonathan Haythornthwaite is the author of Dracula's America: Shadows of the West, a skirmish wargame set in an alternate Old West where Dracula has become President of the United States of America. In this blog he talks about the process of writing Hunting Grounds, the eagerly anticipated first supplement to the game.

Writing a supplement for Dracula’s America: Shadows of the West was a deceptively simple premise and something I had always secretly hoped I’d be asked to do. I already had a whole raft of additional material and half-finished ideas that, for one reason or another, didn’t make it into the book. Out of these ideas, a few strong themes had emerged that would allow me to explore areas of the game world in greater detail and tell more of its story.

The trick was to take these different elements and somehow forge them into cohesive and interesting books! 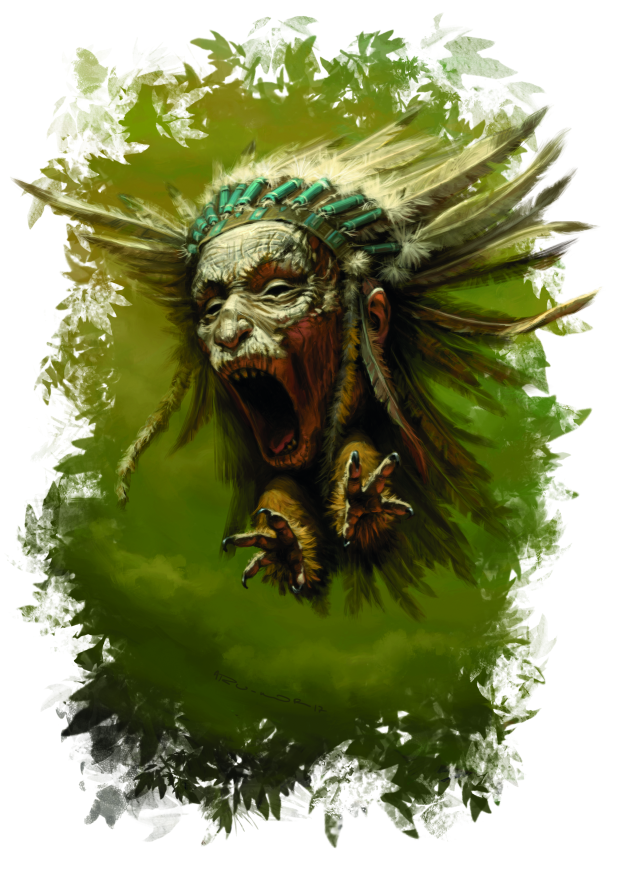 Native American history has always been a fascinating and moving subject for me – particularly within the context of the 1800s – and so I knew that the next book would have to focus on this in some way. The obvious starting point was the rich mythology of the Tribes. I started researching the various strange entities and creatures to be found, their powers, and their habits (always one of my favourite parts of writing!) in search of interesting NPCs for the new book. Some are returning ‘favourites’ like the Wendigo, but the majority are new – and often quite lethal – additions from the spirit realm (and my own fevered imagination)!

At the same time, I needed to come up with some game mechanics that would add something genuinely new to the experience of playing Dracula’s America. My research into the spirit world of the Native Americans had convinced me that this was the route I wanted to take and also gave the new book its title! The idea I came up with was giving models the ability to pass between two worlds mid-game, allowing them to step into or out of the Hunting Grounds to move through walls and get the drop on their enemies in the physical realm, or claim loot lying in Ghost Towns that could appear and disappear from one plane or the other without warning. After a lot of intensive playtesting, I ended up with a simple mechanic tied in to the cards that did what I wanted, and I can’t wait to see how folks exploit this new dimension (literally!) of play!

So I had my core theme and a fun new way to paly the game, now I needed to flesh out the rest of the book. My preferred way of doing this is by writing the background first and then letting this influence the rules mechanics! To do this meant looking into the real-world history and then reshaping it to suit the alternate timeline, another element of writing Dracula’s America I thoroughly enjoy. During this process, my notes became several pages of ‘history’ that hit all the beats associate with the ‘Indian Territory’ and the surrounding areas at the time; the gold-rush, the continuing battles between the US Army and the Native Americans, and the rise of the railroads across America. Once I had this locked in, the rest of the books just seemed to flow together and grow organically. Watching the pieces drop into place before my eyes was incredibly rewarding, and I was relieved that I seemed to be on the right track! As always, I hope that people will enjoy seeing how and why the history of Dracula’s America has diverged from our reality (and forgive me my excess in this regard!). 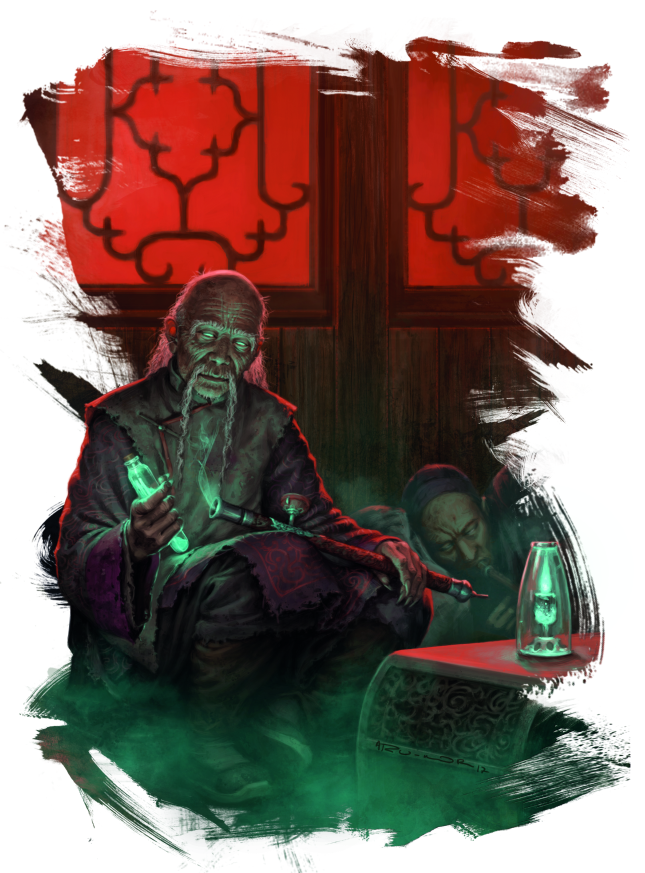 You can now lead the Forsaken Faction – remnants of Custer’s 7th Cavalry now cursed to become uncontrollable were-beasts after the Battle of Little Big Horn – in battle against the ghostly warriors of the Shadow Dragon Tong (whose true goals remain suitably shrouded in mystery). This takes place in both the sacred wildernesses of Indian Territory and the dark streets and vice dens of Deadwood City. You can buy into the craze of Spiritualism, go on a Vision Quest to seek your Totem-Spirit, carve out  your own Territory and build a Hideout, take Bounty-Hunting jobs, hire yourself out as a Mercenary, and likely get yourself Outlawed for your trouble.

Skinwalker Tribe players will find a short list of new Shamanism Powers for their Arcanists to wield, as well as ‘Themes’ that will allow your Posse to represent the traits of various Tribes a little better than the ‘generic’ list given in Dracula’s America: Shadows of the West. Meanwhile, Crossroads Cult players (as the main instigators of most of the trouble in the Indian Territory) will also get to play with new Diabolism Powers that give them tricks that will let them use their various Summoned Abyssals to greater effect (players of the other Factions, do not fear, your time is coming!).

Of course, everybody will get Spiritualism Powers and a whole host of new Gear to try out – including the much request rules for close combat weapons such as swords and spears!

With Dracula’s America I knew right from the outset that I wanted to build an evolving storyline that players could get involved in and follow from one book to the next. This starts with the seven Scenarios you will find in Dracula’s America: Shadows of the West: Hunting Grounds, and will continue in book three. I don’t want to give too much away, but I will say this…

Dracula isn’t the worst thing lurking in the Shadows of the West!

Dracula's America: Shadows of the West: Hunting Grounds will be out on 25th January 2018. Preorder your copy today!