On the 25th February 1836, Samuel Colt was granted his first United States patent for the Colt revolver. Colt’s revolvers have come to define an era, and in today’s blog post we’re revealing 5 facts about Colt’s famous weapon.

1. The idea for a revolving-cylinder firearm came to Colt after being kicked out of school

Colt had always shown interest in science, and had an eventful childhood filled with making his own pyrotechnics and blowing up rafts in his local pond. It was this fascination with explosives that led to him being expelled from the Amherst Academy and signing-on to a trading ship bound for Calcutta. This led to his initial experiments for a revolving-cylinder firearm.

2. Colt’s first percussion revolver blew up after he was firing it

3. The demand for revolvers outstripped supply during the American Civil War

With around 20% of soldiers serving in cavalry units, the armies of both sides required huge numbers of revolvers. The cavalrymen relied on their revolvers for firepower, with many soldiers carrying multiple guns. In Colt Single-Action Revolvers, Pegler features a quote by an unnamed Federal cavalryman saying, “We were all festooned with revolvers. I carried four of Colt’s, two in my belt and two on my saddle holsters but this was by no means an excess.” Some men carried six! 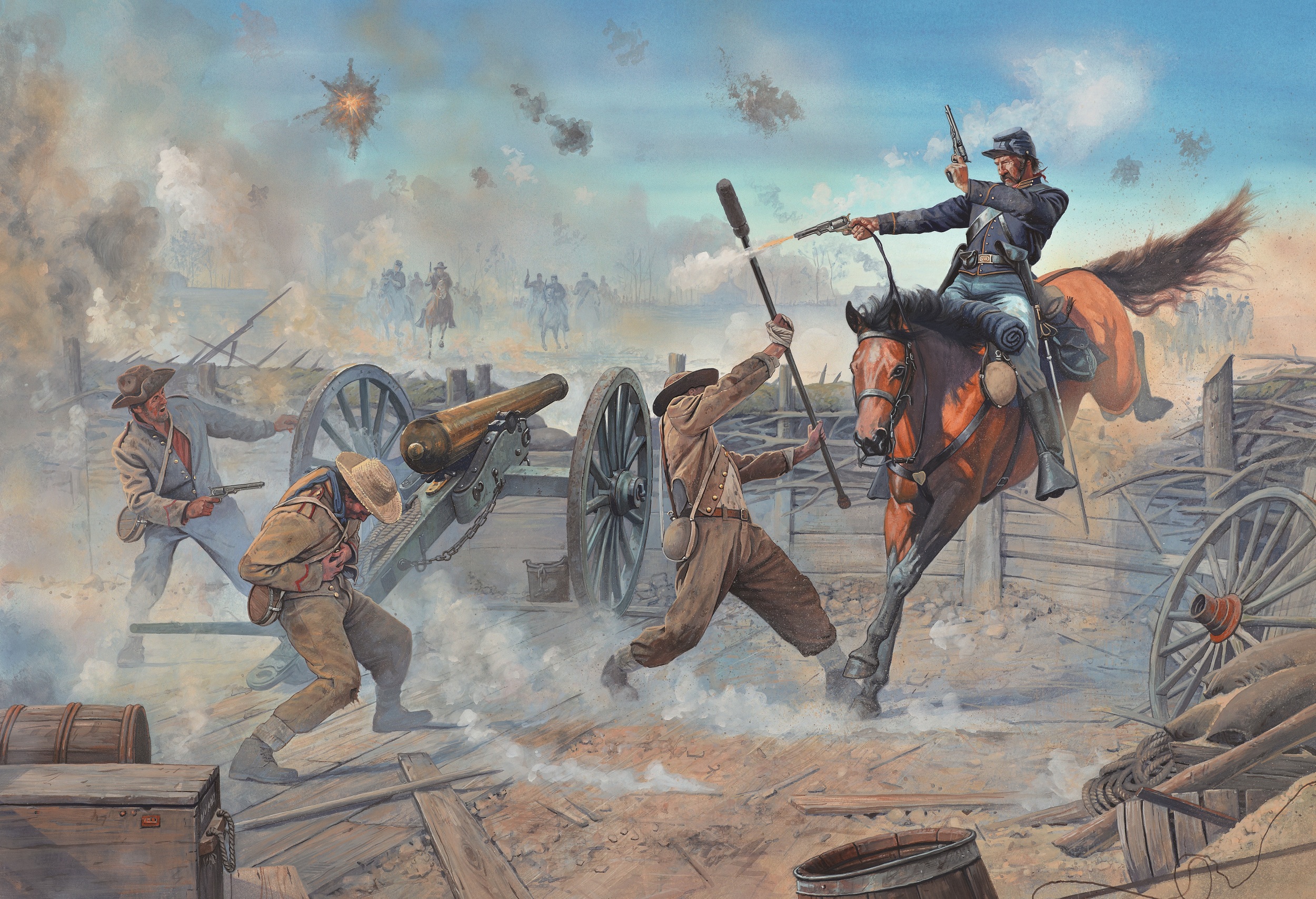 4. The Colt’s success was helped by extraordinary fortunate timing

As Colt was developing his revolvers, a series of major conflicts erupted  that resulted in a huge surge in demand for sidearms.  The California Gold Rush, US-Mexican War, American Civil War, and the Indian Wars all occurred within 30 years of each other, and the requirement for revolvers, in particular Colt’s, soared.

The creation of “dime novels” and magazines came just before the Civil War, with many featuring sensationalised versions of events, which were often taken as reality by their readers. These incredulous recounts resulted in huge exposure for Colt’s revolvers, and this hardly diminished in the 20th century. Despite struggling sales post-World War II, Colts have continued to be the dominant revolver depicted by the media, being featured in over 150 films and countless television shows. From Westerns to Horror, Fantasy to Science Fiction, the Colt revolver has continued to permeate society and shows little sign of ever being relegated to history.

All of these facts and more are featured in Weapon 52: Colt Single-Action Revolvers. Martin Pegler’s newest book features expert analysis, gripping first-hand accounts and the story of Colt’s family of single-action revolvers, from their origins to their lasting impact on the modern world.

To read more about the Colt revolvers, click here to order.