On the warm morning of April 21, 2017, a Raptor from the United States Air Force’s Air Combat Command F-22 Demonstration Team took to the skies over Langley Air Force Base in southeastern Virginia for an aerial performance. This was the first flight of the United States Air Force’s World War I 100th Anniversary Commemoration Day event. A small crowd including American, British, and French fighter pilots were privileged to attend this VIP event which also included a display by a Rafale C from the Rafale Solo Display of the French Armée de l'air as well as an aerobatic performance by the Alpha Jets of the Patrouille de France. The event served to highlight the one hundred years of cooperation between the air forces of the United States, the United Kingdom, and France, beginning in the dark days of the First World War. After these performances the observing fighter pilots and their crews went back to their duties as this demonstration event was merely a break from their larger task in hand. Shortly before noon a number of the most advanced fighter aircraft in the world taxied down Langley’s flight line, preparing for take-off. It was the resumption of the multinational Atlantic Trident 2017 Exercise. In December 2015, the United States Air Force, the Royal Air Force, and L’Armée de l'air conducted the first Trilateral Initiative Exercise in accordance with the Trilateral Strategic Initiative agreement for coalition air operations. In addition to enhancing cooperation and interoperability between the three air forces, the Trilateral Initiative Exercise was designed to better integrate the abilities of the 5th-Generation Raptor with the 4th-Generation Typhoon and Rafale. Atlantic Trident is a continuation of 2015’s successful exercise, emphasizing anti-access/aerial denial missions in which scenario adversaries have the upper hand. What makes this exercise different from 2015’s is the addition of the 5th-Generation F-35 Lightning II to the list of aircraft participants. Atlantic Trident is taking place from April 12-28, 2017, and features the following aircraft: 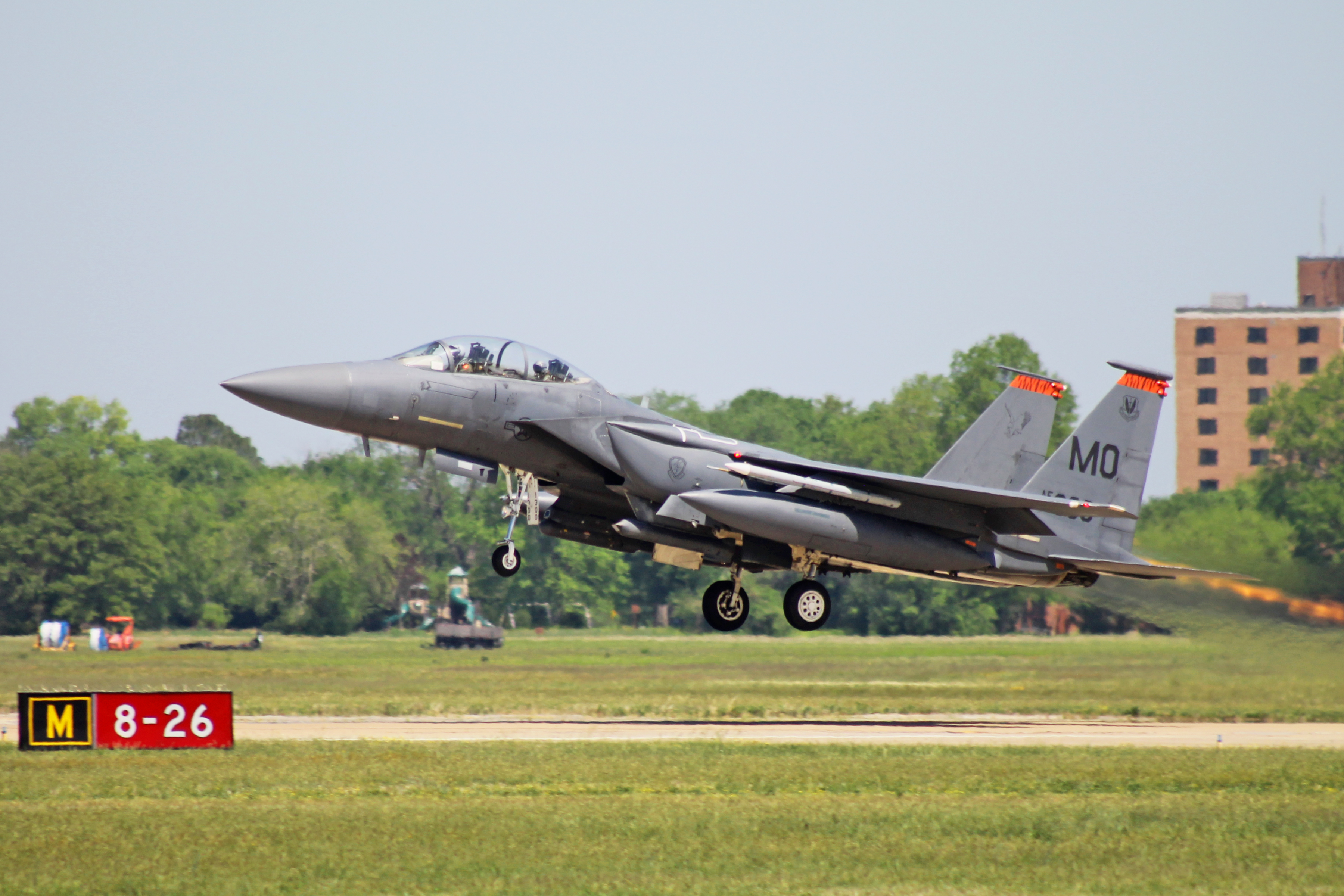 From a historical perspective, the world of Atlantic Trident is a far cry from that of 1917. Gone are the Kaisers, Czars, Sultans, and their empires; and the empires of the British and the French for that matter. No one from that time could have predicted Europe’s global collapse in the Second World War and the Cold War. One-time allies are now potential enemies and the greatest military threat of the early twentieth century, Germany, is now a close ally. Nor could anyone have foreseen the threats posed by authoritarian communism, Third-World despotism, and Islamic radicalism. No one from 1917 would likely have predicted the creation of the European Union and unprecedented levels of American-European military cooperation however. This is the world of Atlantic Trident and the alliances and evolving threats it faces. 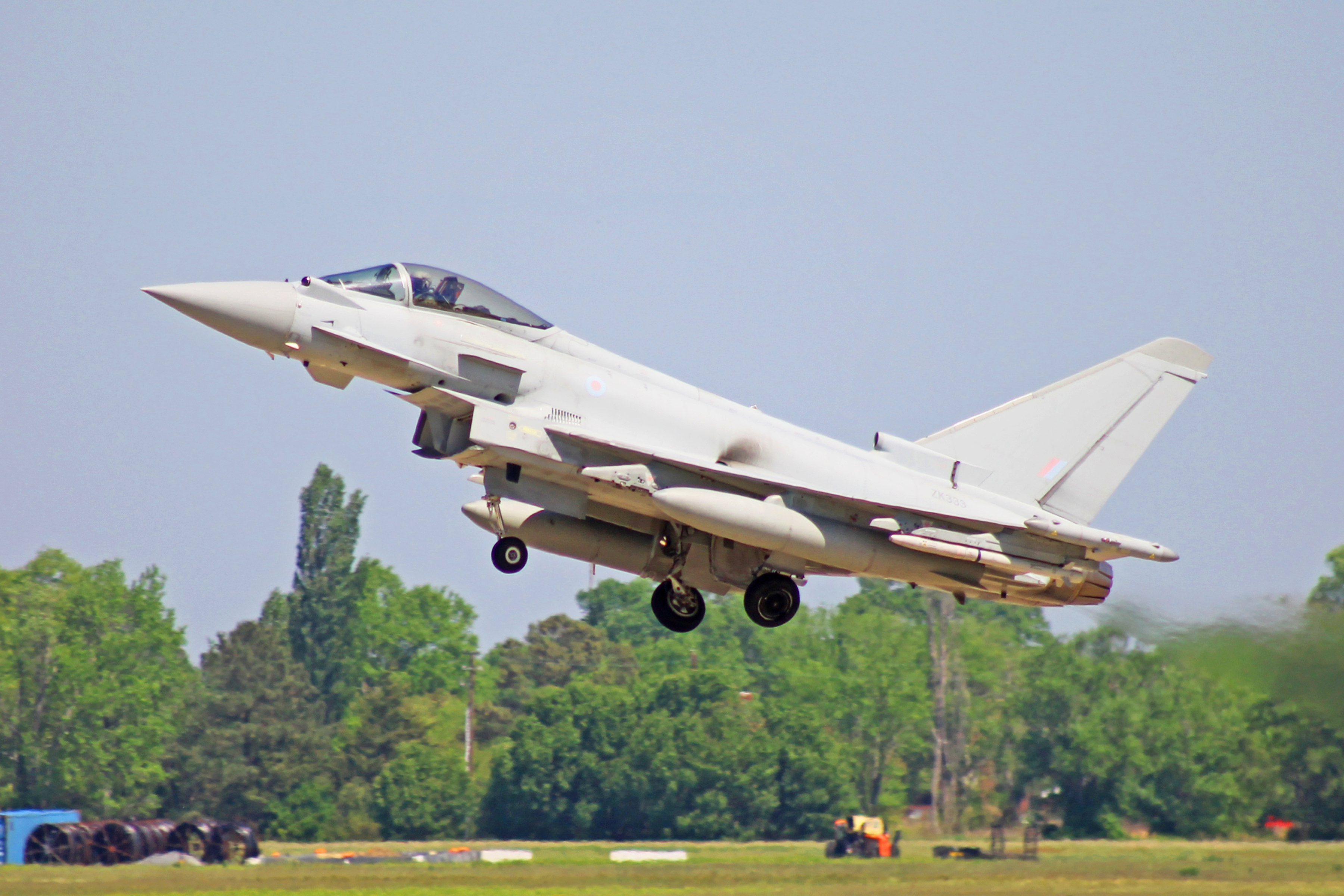 Eurofighter Typhoon of No. 1 Squadron RAF taking off.

Looking at the different aircraft assembled for Atlantic Trident, it is also interesting to note the changed dynamics in the world of military aviation. In spite of its pivotal contributions to the first years of heavier-than-air flight, the United States had little to offer its Allies in the way of military aircraft in 1917. The American military aircraft industry was almost non-existent and its few aircraft were hopelessly outmoded. The United States would go on to produce thousands of pilots for the Allied war effort but up-to-date combat aircraft had to be purchased abroad. British and French aircraft were tested at Langley Field beginning in 1917, the home of the newly-established Langley Memorial Aeronautical Laboratory (now Langley Research Center) of the National Advisory Committee for Aeronautics or NACA (now NASA). American airmen of the 27th and 94th Aero Squadrons (the core of today’s 1st Fight Wing) went to war in 1917 flying purchased French Nieuport and SPAD fighters, some of the most advanced of their time.

One hundred years later looking at the Raptor and the Lightning II, it is clear to see that the United States leads the world in the development of military aircraft and is the only nation to possess proven 5th-Generation fighter aircraft. Assuming the military leadership of the Free World during the Cold War, over the last 70 years the United States created an air force second to none and is the world’s largest exporter of military aircraft. Now the long-time allies of the United States come to Langley to observe a new generation of fighter development and bring Europe’s best fighter aircraft to train along with those of the United States. One thing has not changed over the last one hundred years however; the desire of three democratic nations to work together for security in the air.

Note – All photos are courtesy of Ryan K. Noppen 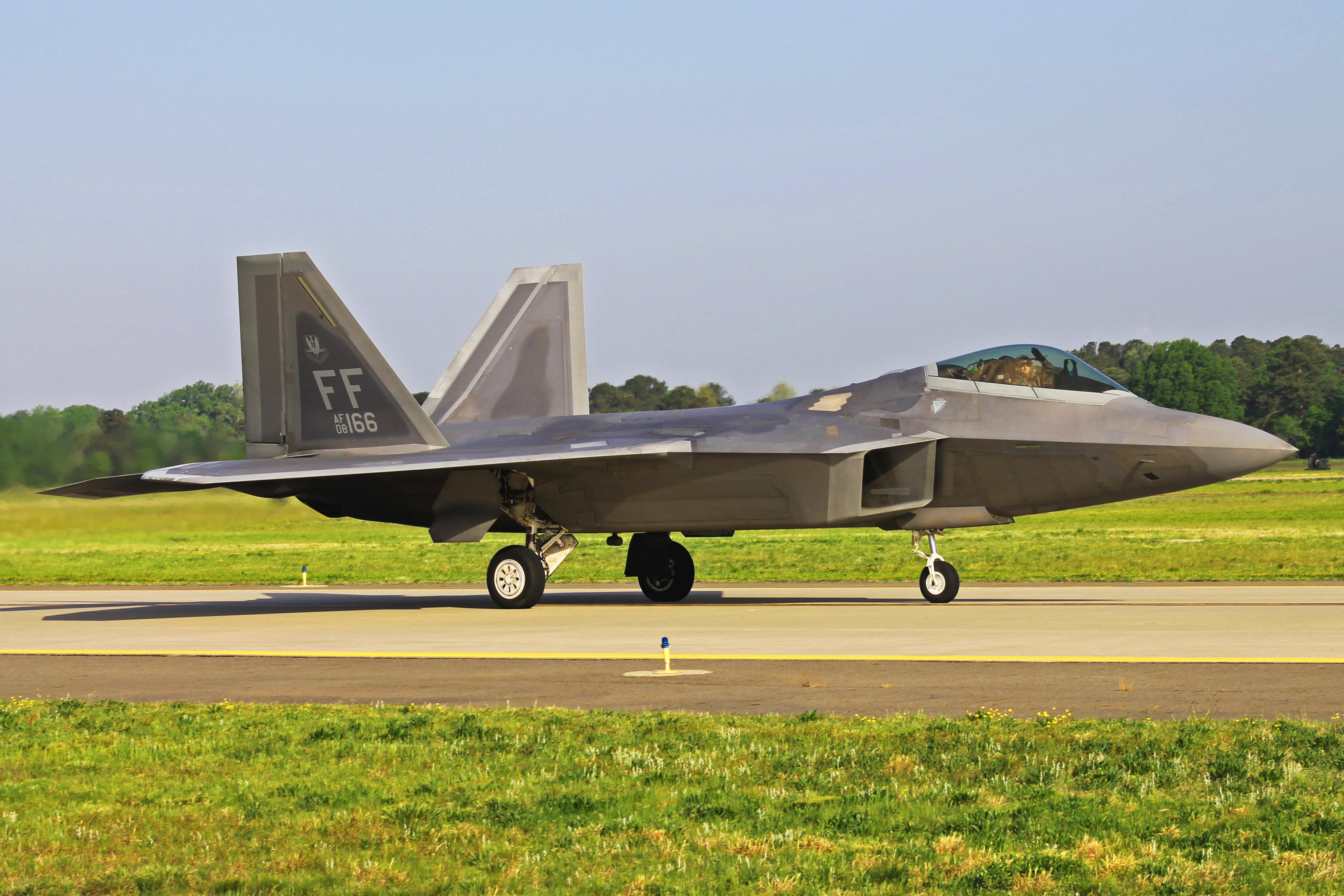 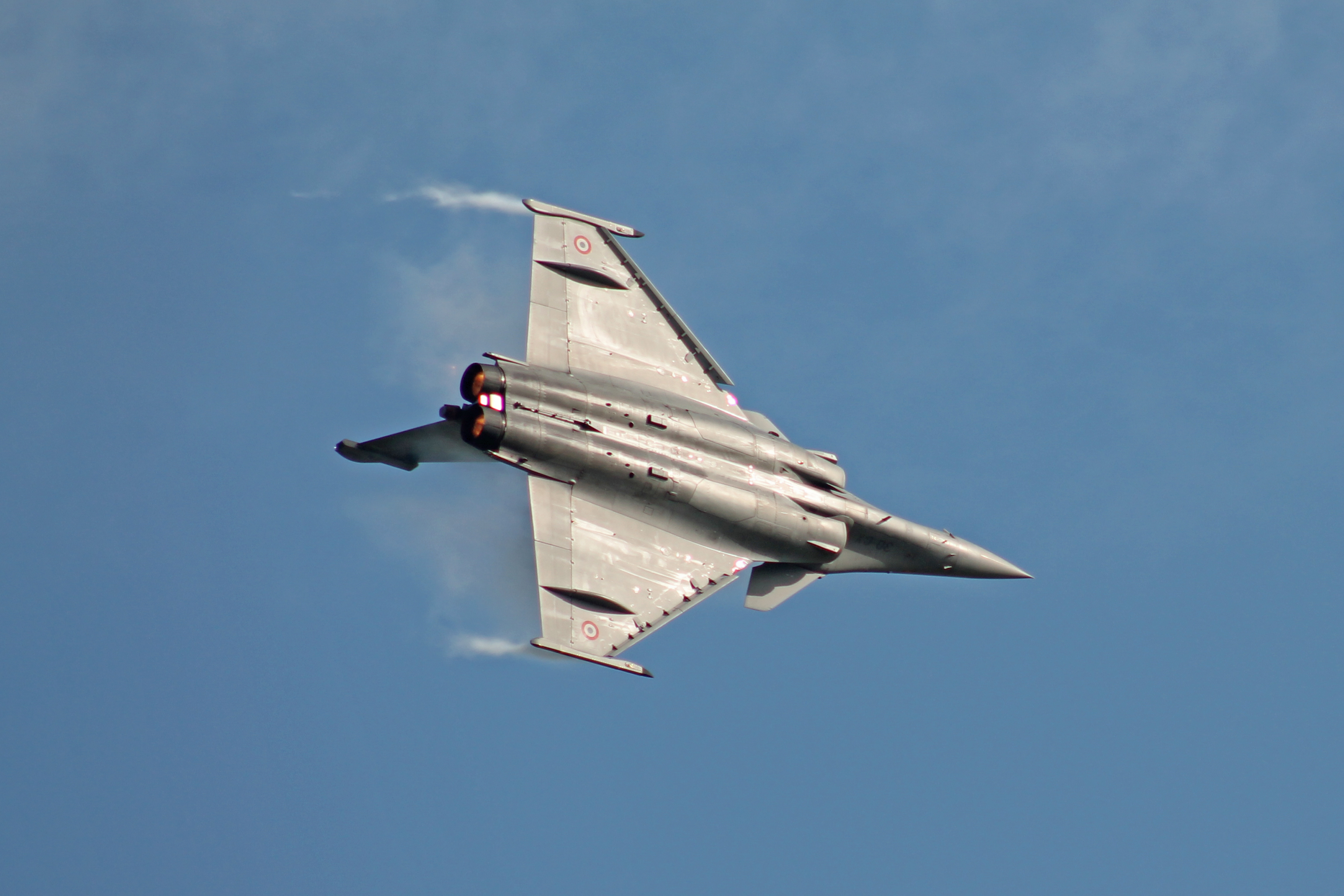 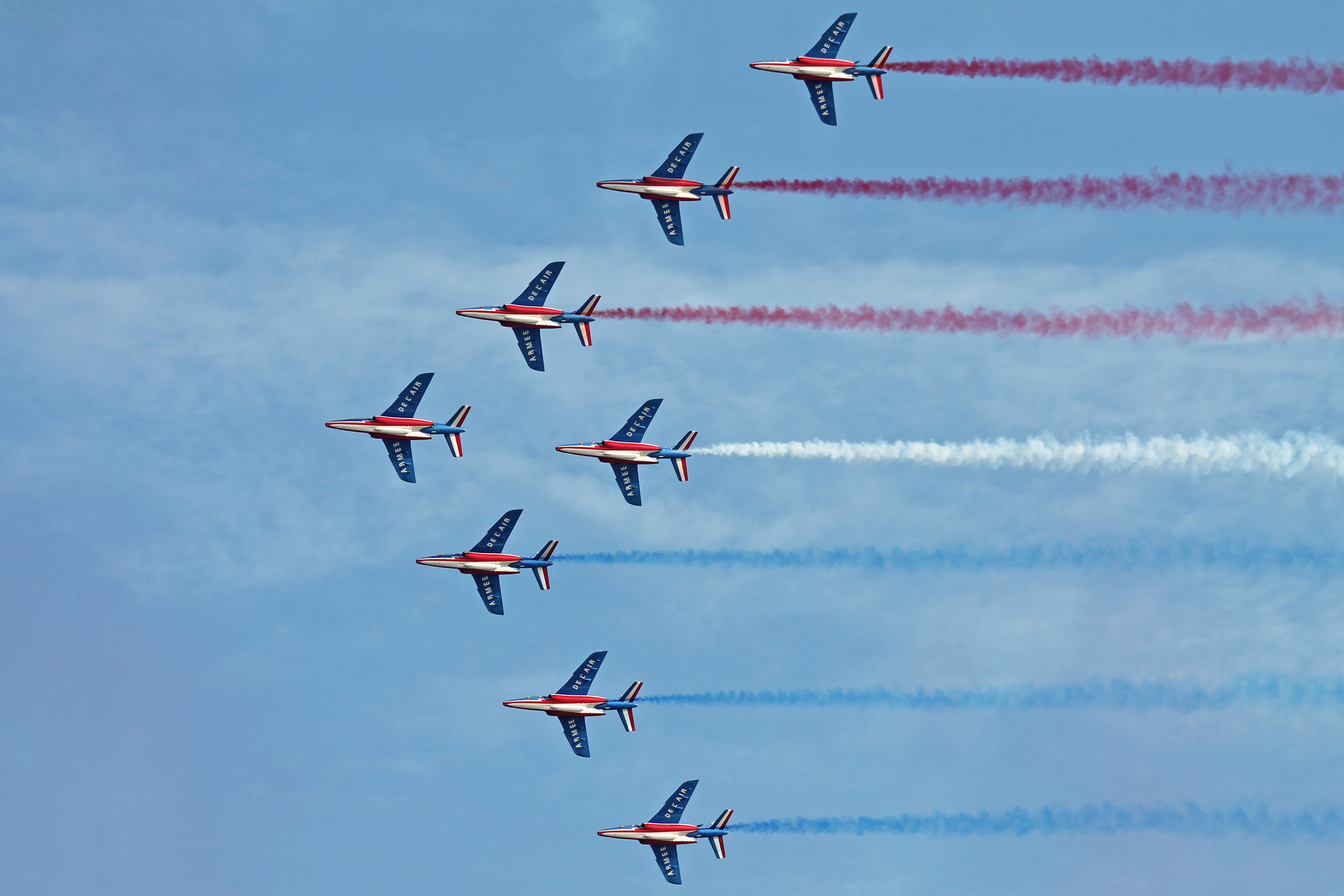 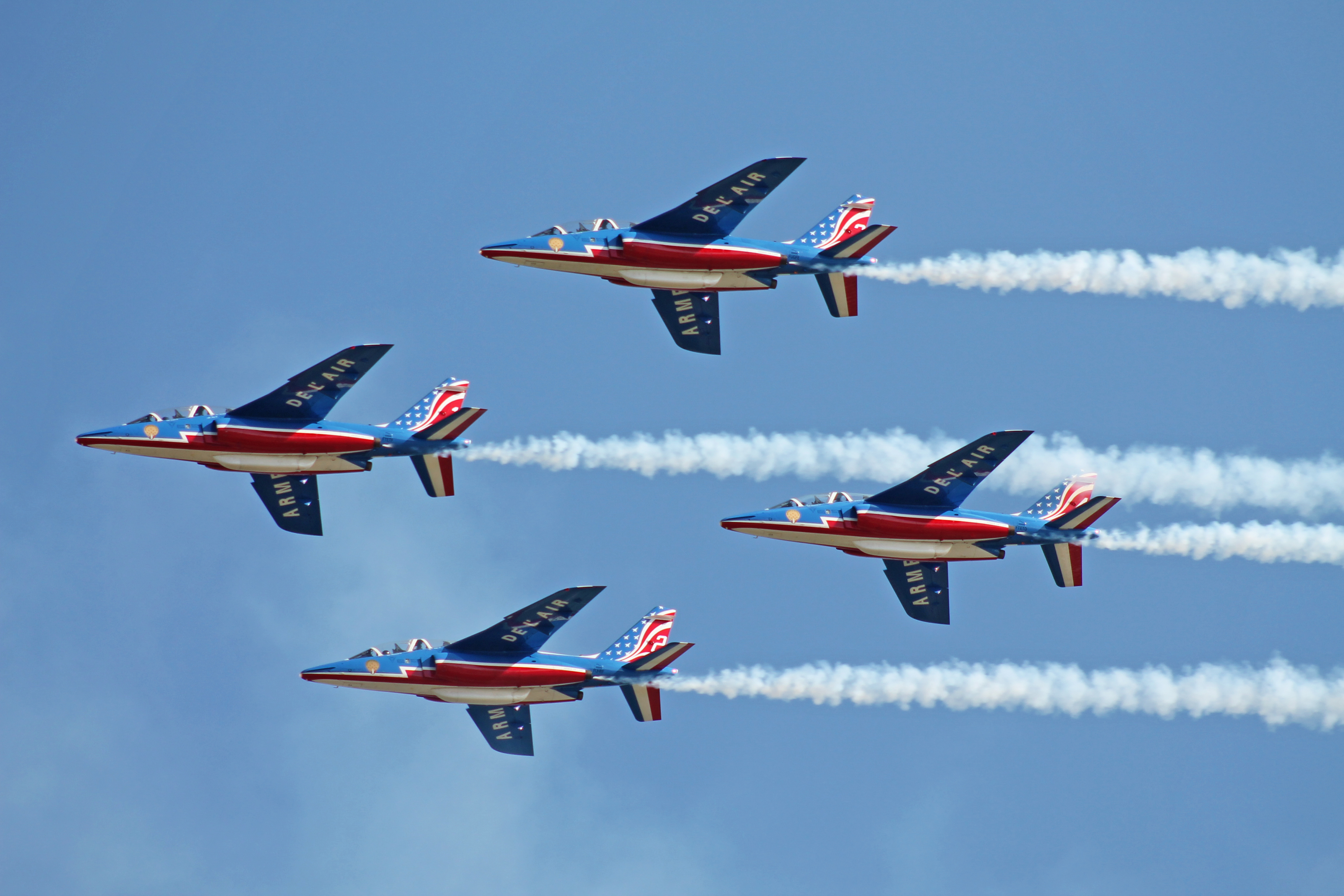 part of the Patrouille de France over Langley. 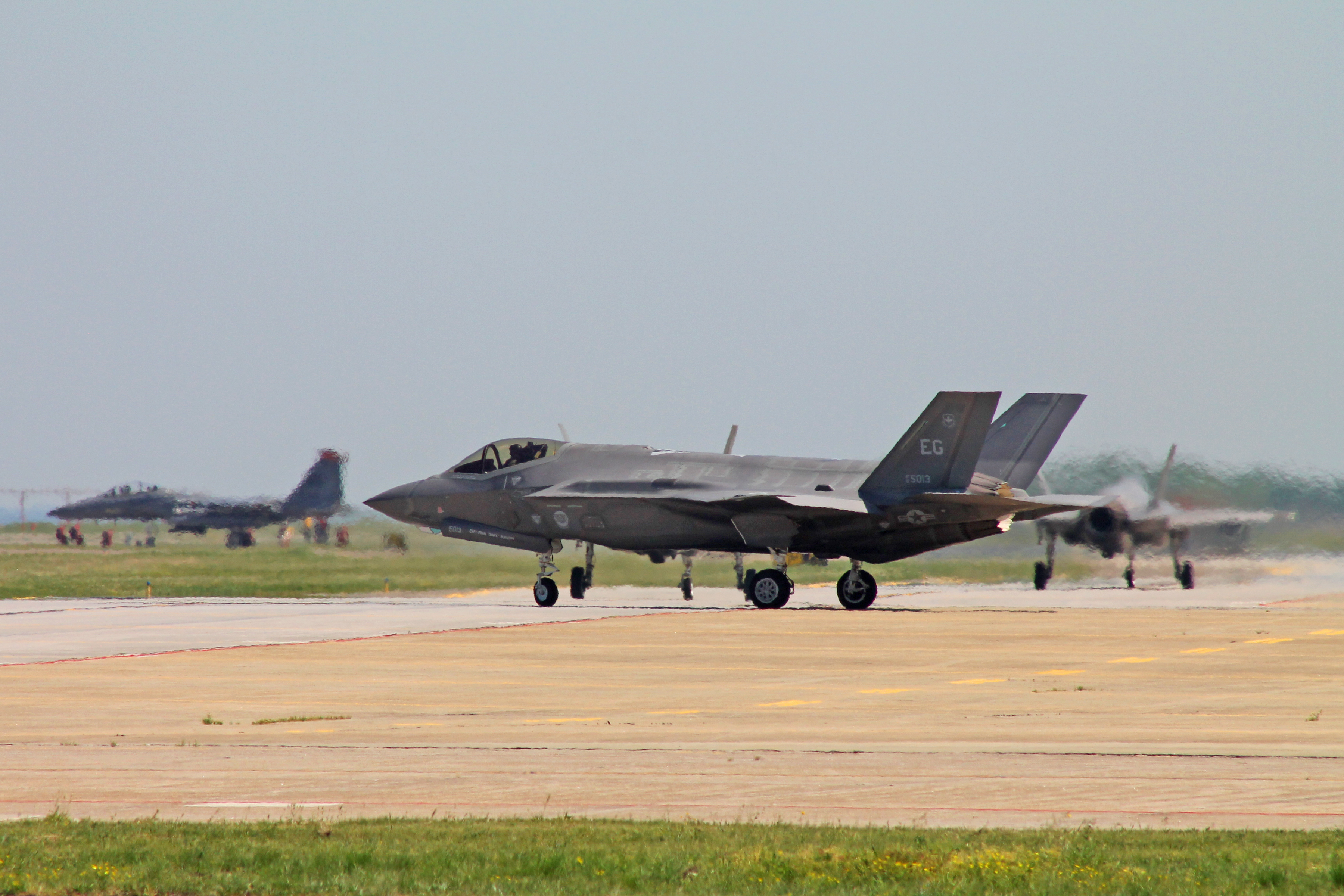 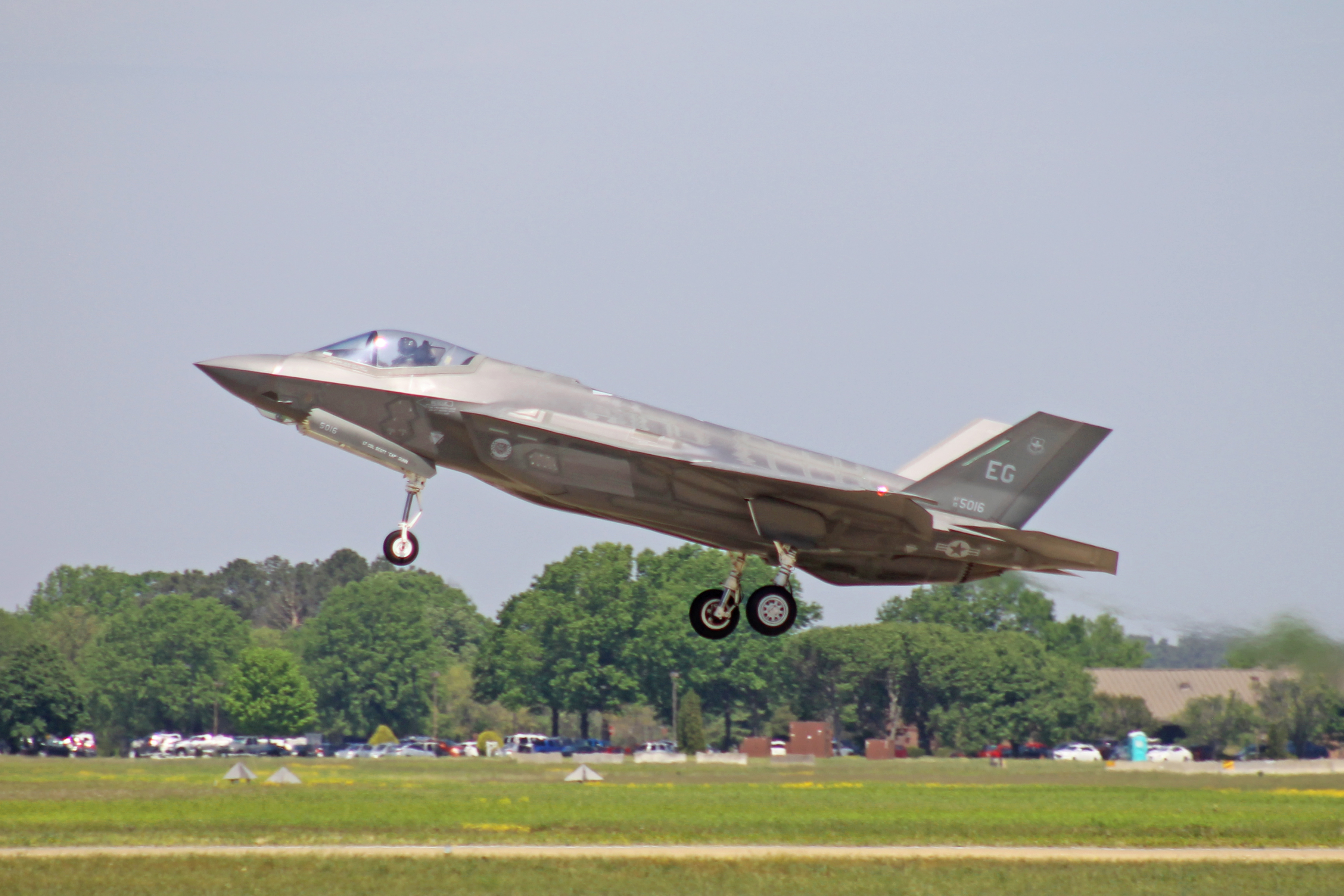