Peter E. Davies is a specialist on modern American high-performance aircraft, having written or co-written 26 books including the standard reference work on US Navy and Marine Corps F-4 Phantom II operations. Here he talks about X-Planes 1: Bell X-1, his latest book and the first instalment in the new X-Planes series.

The Bell X-1 was the first post-WWII American aircraft built as a pure research vehicle rather than as a military prototype. Its small, incredibly strong airframe was principally a fuel tank for the highly reactive propellants that would feed its rocket motor for a few minutes of flight at unprecedented speeds and altitudes. This brief dash was preceded by carriage to 27,000ft beneath a B-29 bomber, and afterwards the pilot had to glide back and land when the fuel ran out. The X-1 first took to the air in January 1946 and only 20 months later it made the first recorded supersonic flight piloted by Chuck Yeager. Its maximum speed was later pushed to a record Mach 2.44, although Yeager was almost killed in the attempt. 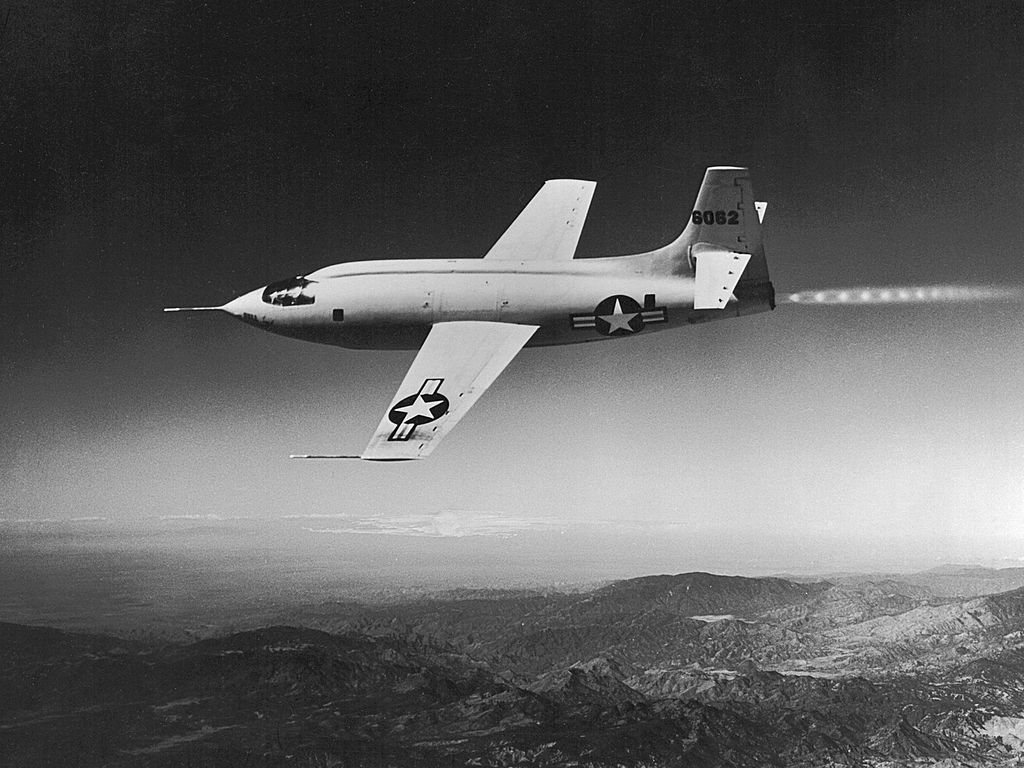 The Bell X-1 in Flight

Much was learned about controlling aircraft at such high speeds thanks to the bravery of those test pilots. During the decade following WWII test pilots became popular heroes, almost equivalent to today’s sport and music stars. In the USA pilots such as Pete Everest, Chuck Yeager and ‘Slick’ Goodlin became household names flying the Bell X-1 and other ‘X-planes’. Popular mythology, promoted eagerly by the Press and cinema newsreels of the time, maintained that those who tried to fly faster than sound might well dematerialize, or at least return as younger versions of themselves. As a boy at that time I was captivated by the excitement of these revolutionary flights and the pilots who were flying into the unknown to find out what happened when you drove an aircraft at the ‘sound barrier’ with no practical means of escape. Some had been lost as they encountered the formidable power of compressibility, the aerodynamic forces that could tear an aircraft apart at near-sonic speeds. Progress was so rapid that the achievements of the X-1 flyers were soon eclipsed, but they were immortalized in a succession of books, memoirs and films, notably Tom Wolfe’s The Right Stuff.

In researching this book my early fascination with this era was quickly re-ignited and I was struck by the ways in which a comparatively small group of highly innovative young designers and pilots dealt with the formidable challenges that they faced. Through inspiration, trial and error these pioneers had to find practical engineering solutions on small budgets and pressurized timescales. Their success enabled a generation of rocket-powered X-planes to establish enough research data for the USA to eventually build the Space Shuttle. It was also instructive for me to discover how far the UK had progressed in similar research by 1945 and in building an even faster, but ultimately cancelled, aircraft. Some of that British research found its way into the early X-planes. 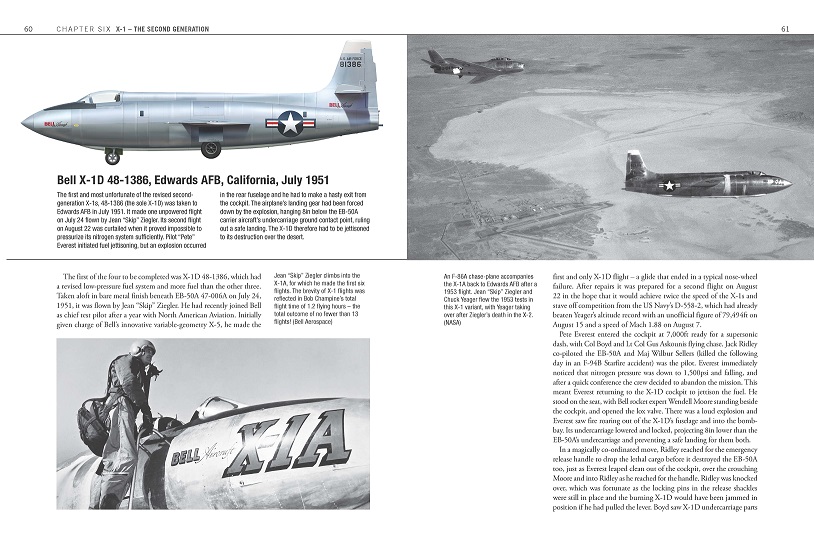 As a writer, my usual focus has been on war-fighting combat aircraft but the story of the X-1 is just as full of examples of heroism, extraordinary ingenuity, skill and humour. Although the prolonged development of today’s high-tech combat aircraft still requires test pilots they are far less in the public eye than the colourful personalities at Edwards AFB, California in the X-plane era. Without modern computer modelling and technological infrastructure, the evolution of new construction materials, reliable rocket motors and piloting techniques to cope with the new world of supersonics took giant leaps with the development of the Bell X-1. In researching the book I found it a genuinely inspiring period of aviation history in which so much progress was made in such a short time.