On 15 May 1940, following the devastating ‘Rotterdam Blitz’, the Netherlands officially signed a surrender with Germany. The previous afternoon Henri Winkelman had issued a proclamation to his army ordering them to surrender:

“This afternoon Germany bombarded Rotterdam, while Utrecht has also been threatened with destruction. In order to spare the civil population and to prevent further bloodshed I feel myself justified in ordering all troops concerned to suspend operations ... By great superiority of the most modern means [the enemy] has succeeded in breaking our resistance. We have nothing wherewith to reproach ourselves in connection with this war. Your bearing and that of the forces was calm, firm of purpose and worthy of the Netherlands.”

The photograph below shows Henri Winkelman just prior to signing the Dutch capitulation on 15 May 1940. 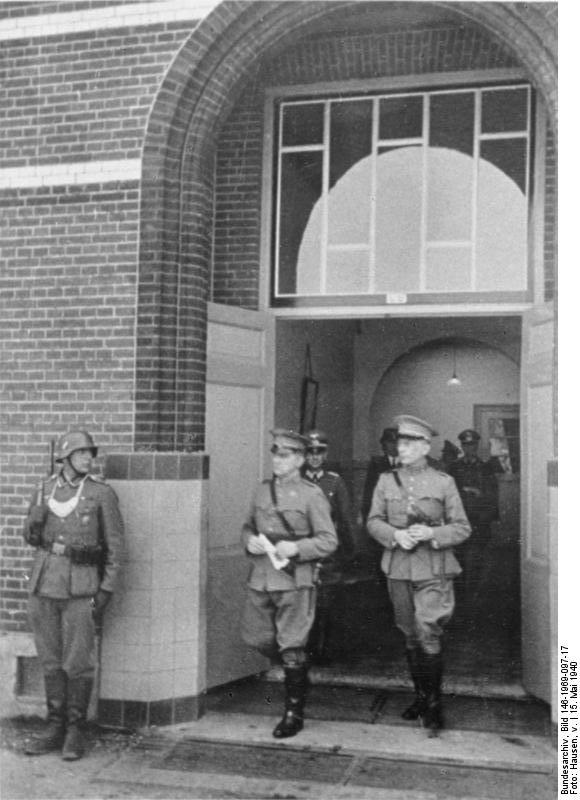