We have taken a little break from our Big Reveal to showcase three pieces of fantastic artwork that will feature in our November 2016 releases. Take a look and let us know what you think in the comments section below.

Weapon 51: The Gladius by M.C. Bishop
Artwork by Peter Dennis 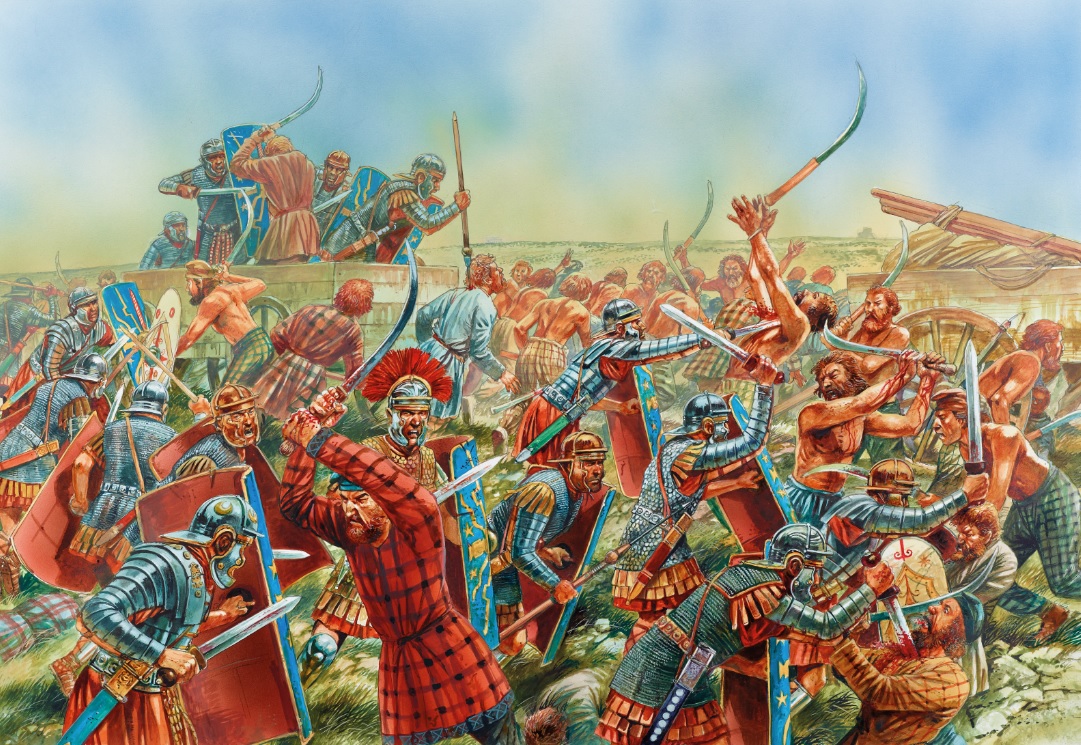 This engagement, painted by Peter Dennis, is from the first Dacian War of AD 101-02. Legionaries, armed with their gladii, are in bloody hand-to-hand combat with Dacian warriors The poses of the Romans are based on their depiction on the Tropaeum Traiani at Adamclisi, a monument that was probably produced by the army. 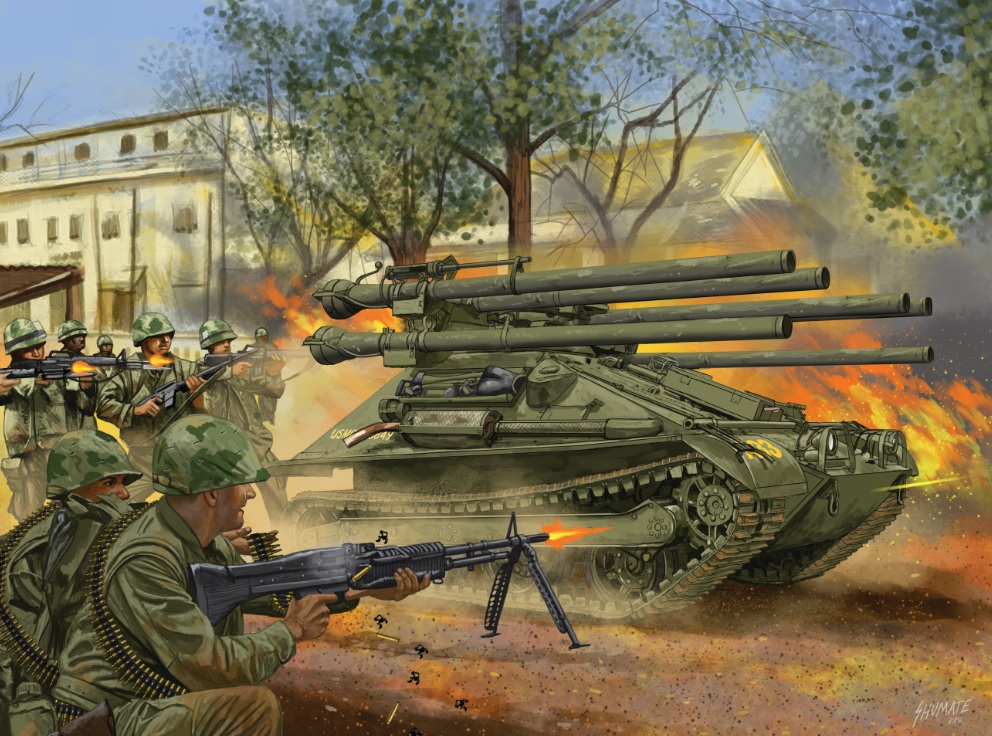 This plate, coming from Johnny Shumate, shows the M50A1 Ontos at the Battle of Hue, 1968. The vehicle in this picture is Vehicle A33, one of ten Ontos taking part in the battle. It was found and retored in the last ten years and is now on exhibit at the Marine Corps Mechanized Museum at Camp Pendleton. 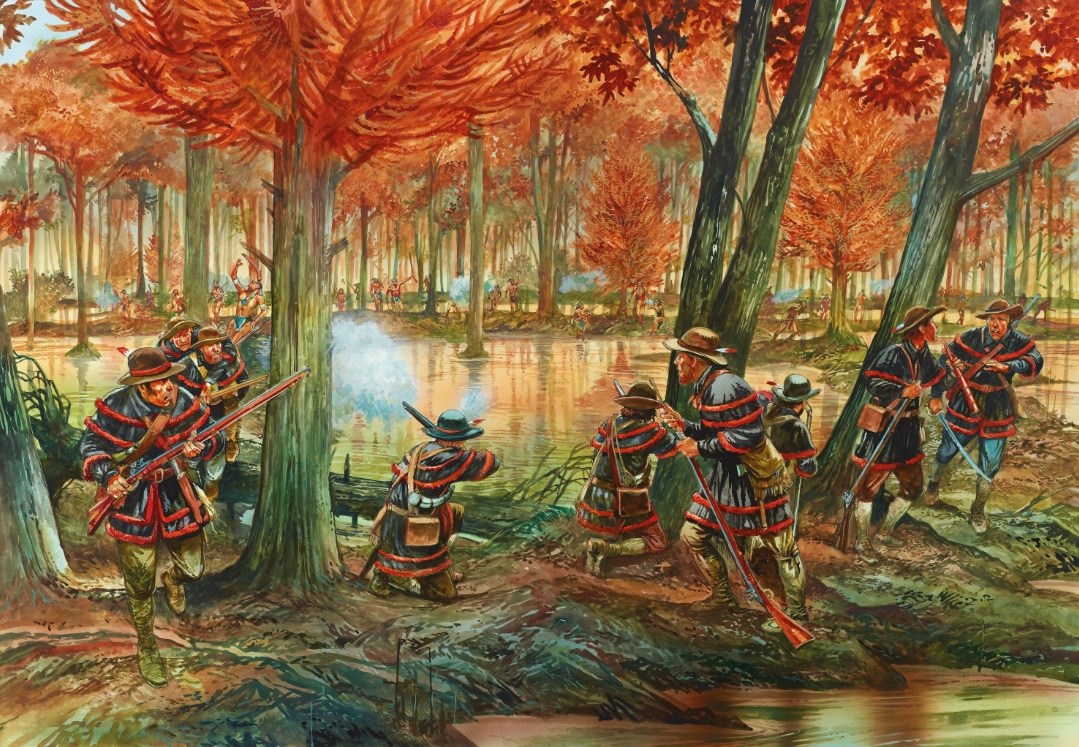 The final piece of artwork for this month's reveal is this stunning autumnal scene, in which Major David Thompson's riflemen have been engaged by Native Americans from the Winnebago tribe. The Kentuckians are preparing to retreat, whilst the Winnebago chief Naw Kaw is urging his warriors to advance.

That brings this month's artwork reveal to a close. Let us know what you think in the comments below.