As we welcome the New Year, it’s time to look at some exclusive artwork that will be featured in some of our March 2017 books. 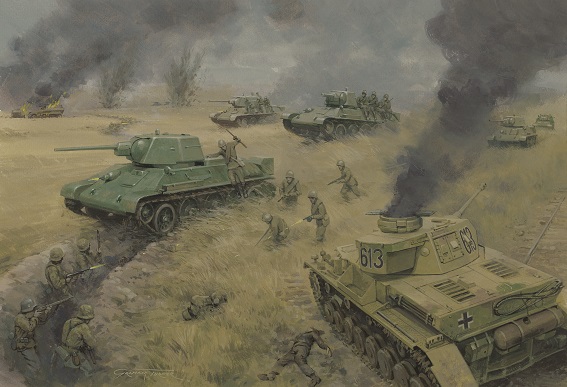 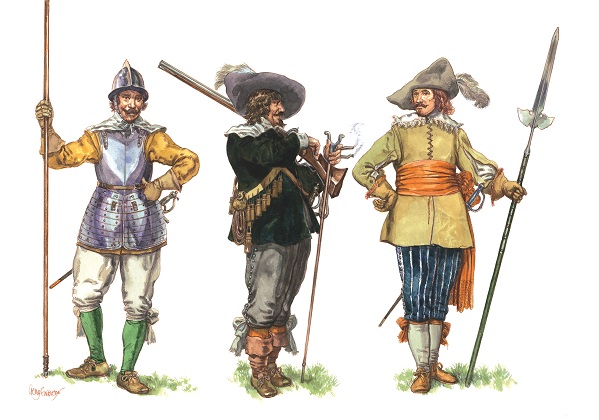 Our second plate, from Gerry Embleton, shares examples of soldiers from the Coalition War, c. 1625–35. This artwork is one of several from Dutch Armies of the 80 Years' War 1568–1648 (1). From left to right we have a Pikeman, a Musketeer, and an Officer. 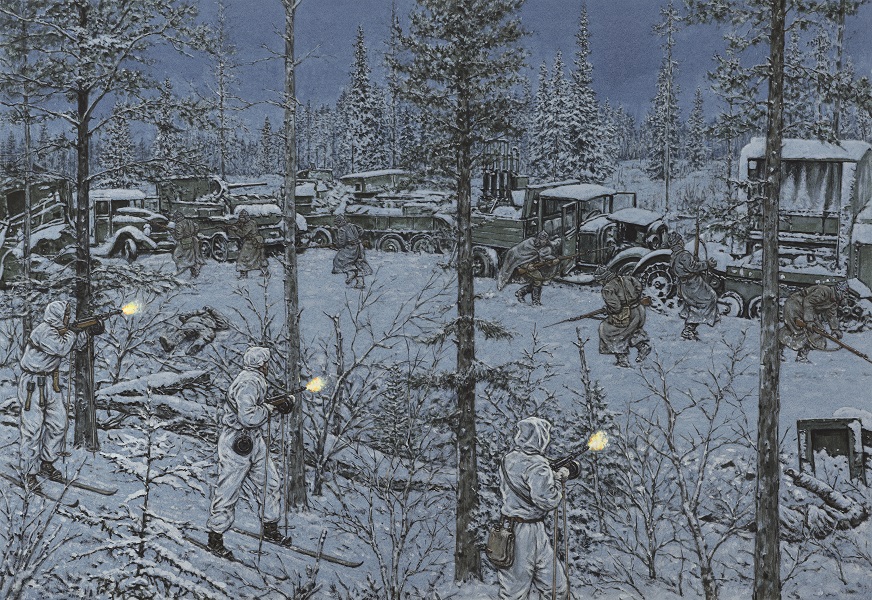 This final plate from The Suomi Submachine Gun depicts the Ambush on the Raate Road in January 1940. Here, a Finnish ski patrol is armed with the Suomi KP/‑31 SMG, and are descending upon the stopped Soviet column.  Some of the troops have spare drum magazines hung from their belts.

That's our final artwork reveal of 2016, but we have plenty more coming in 2017. Let us know which of these is your favourite, and which you'd like to read in the New Year!