Today marks the 75th anniversary of the attack on Pearl Harbor. On 7th December 1941 at 7:55 am Hawaii Time, the US encountered what today is remembered as the “Day of Infamy”. 4 battleships were sunk, 4 damaged, 2 other ships sunk, 3 cruisers were damaged, 3 other ships damaged, 188 aircraft destroyed, 159 damaged, but most devastatingly, over two thousand were killed. The attack was carried out by the Imperial Japanese Navy, in a strategic move to destroy the US Navy. Today we remember this day of infamy, and how it led directly to America’s entry into the Second World War. 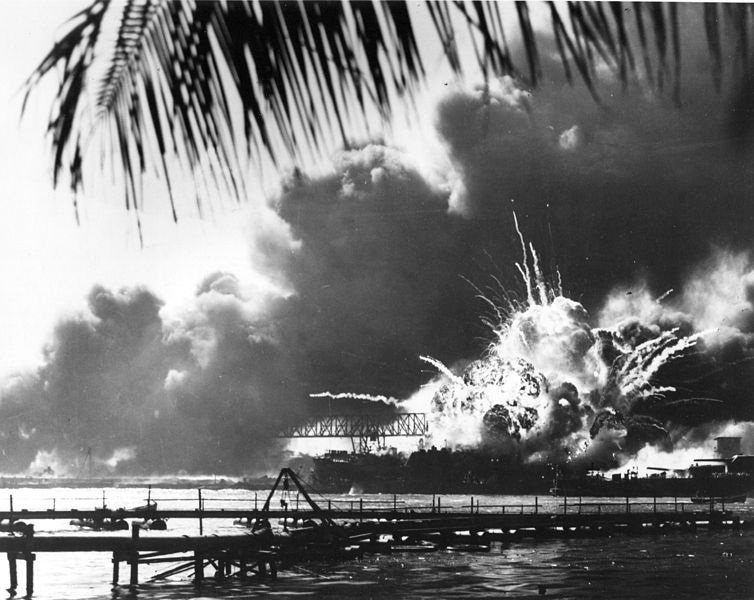 Below is an extract from Campaign 62: Pearl Harbor, 1941 by Carl Smith, which describes the events during the second wave of attack.

There was no real break between the first and the second waves of attack, just a momentary pause in the battering before the rain of death resumed. Oily smoke streamed skywards from many of the ships; vessels listed or displayed rust-streaked bottoms when they capsized; and the incoming second wave could have used the smudge on the sky as a beacon, had it been unsure of the target area.

In Pearl Harbor’s East Loch, Lt. Cmdr Bill Burford of the destroyer Monaghan was moving her south-southwest, heading for the sea to find and support Ward. Smoke from damaged ships clouded the waterway, and other vessels determined to reach the safety of open sea were in various stages of getting under way and clogged the narrow seaward corridor. Ahead, Curtiss was moored in Middle Loch and signalled Monaghan that a Japanese submarine had been sighted. Curtiss’ 5-inch and .50 cal. guns fired on the sub at 0839 hrs. One shell tore through the conning tower, no doubt killing the commander. Noting Curtiss’ actions, the Monaghan tried to fire as well but could not bring her guns to bear: a moment later one of the watch reported seeing two torpedo wakes broaching the surface. Other nearby craft fired at the sub, and Monaghan set herself on a collision course with it. The sub was wounded and surfaced just in time for Monaghan to slam along the side of it. After hitting the sub, Monaghan dropped a depth charge on the spot despite the chance that Burford might damage his own stern. In attempting to ram the sub, Monaghan’s course took her directly toward Beckoning Point, where she grazed a dredge at its berth, sustaining light damage. She backed out, as other destroyers passed her, and made the open sea just as the second wave arrived. 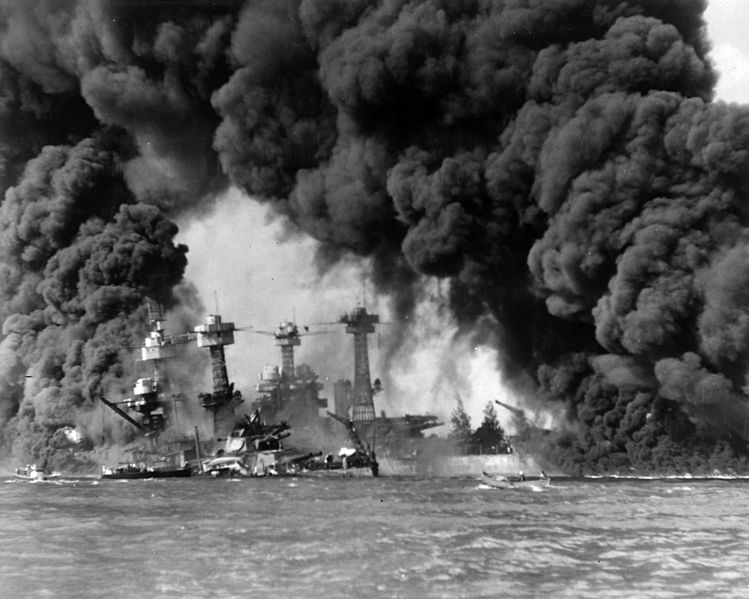 If the first wave was smooth and took little damage, the second wave bore the brunt of the US resistance. Although initially surprised and mauled, the remaining US air defenses were determined to even the score.

Two American pilots, 2nd Lieutenants George Welch and Kenneth Taylor, had danced and then played poker the remainder of the evening before at Wheeler. Tired, they heard the first crackle of gunfire and thumps of nearby bombs at 0751 hrs. Running outside, they saw low-flying aircraft with red Rising Suns on their wings. Calling Haleiwa Field in the north of Oahu, they ordered their P-40s readied, then hopped into Taylor’s car and sped towards the field. Japanese aircraft buzzed them as they drove, bullets chewing up the roadway. They raced down the winding road, not only to reach their aircraft, but to avoid strafing attacks. Perhaps if they could get aloft … Taylor and Welch hopped into their readied aircraft and took off just after 0900 hrs. Harry Brown and his roommate, John Dains, picked up the squadron XO, Bob Rogers, and were not far behind Taylor and Welch. Dains got the next P-40 in the air. A dive-bomber passed John Webster’s car headed north and strafed a P-36 at Haleiwa Field. Brown and Rogers got airborne in P-36s and Webster got the next P-40. 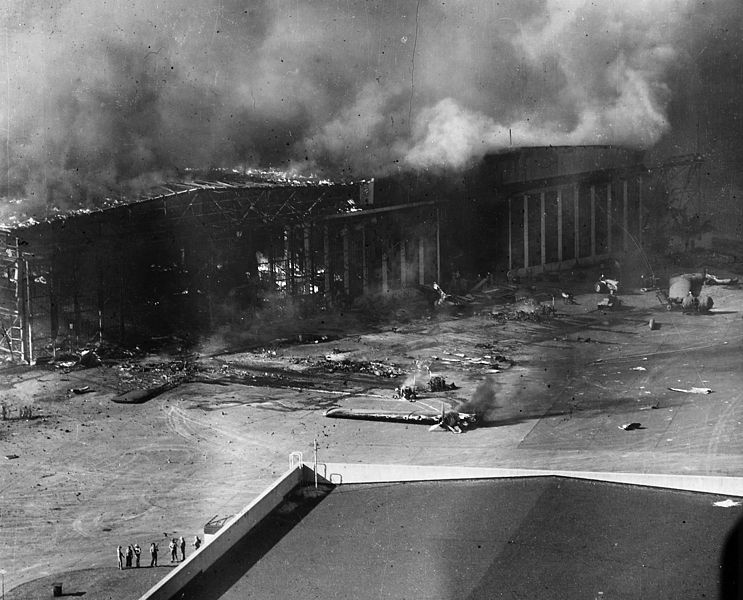 If you’re interesting in reading more about the attack on Pearl Harbor, we recently published a blog post about this book here.