It's time for the new artwork reveal, with three stunning plates from our May 2016 releases. Enjoy! 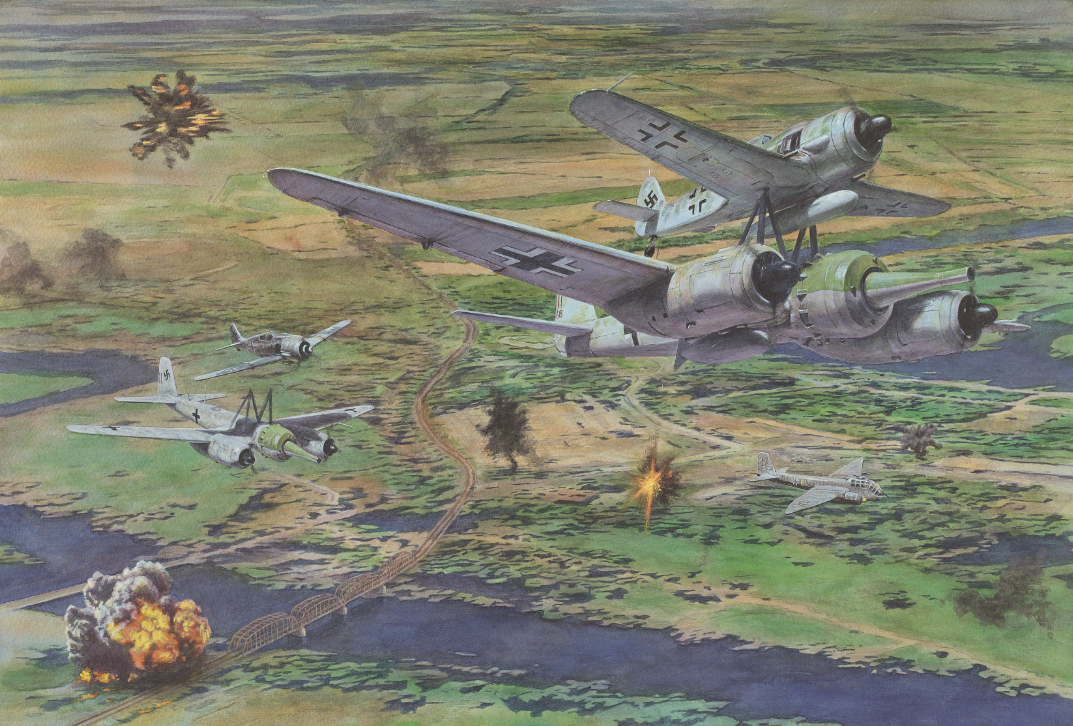 Our first plate was painted by Steve Noon, and shows Mistel Ju-188 bombers attacking the bridges of the Oder River. Hitler had ordered the attacks to sever the Red Army's logistical links, still clinging to the hope that Germany could defeat the oncoming Allied forces. 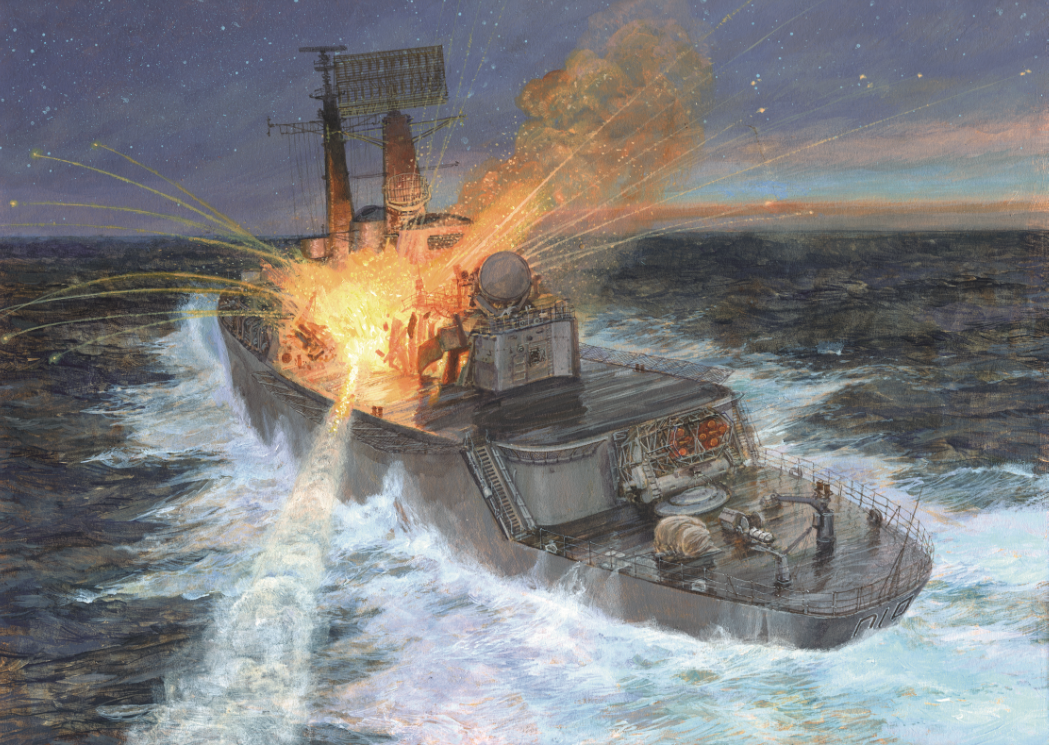 Our second plate, painted by Paul Wright, shows HMS Glamorgan being struck by an Exocet fired during the Falklands War after attempts to intercept the incoming missile failed. 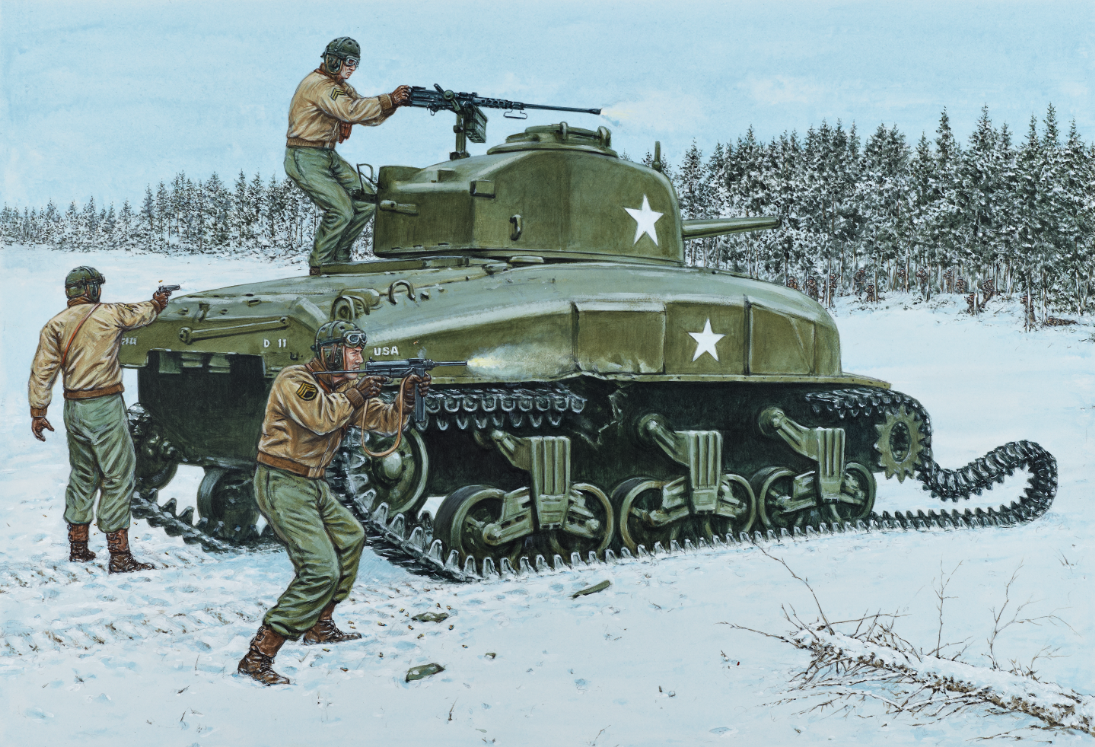 Lastly we have a dramatic scene from the Battle of the Bulge painted by Adam Hook, showing the tank crew of a damaged Sherman M4A1 fighting back against an attack from the Panzergrenadiere of SS-Panzergrenadier-Regiment 3.

Have these three plates left you eagerly awaiting their May release? Let us know in the comments section below!