On a bright autumn day in 1066, the Anglo-Saxon King Harold Godwinson deployed his army on top of a hill near the town of Hastings. Surrounding him were troops that had won a famous victory over the Vikings at the battle of Stamford Bridge less than 3 weeks before, but now they faced an even greater threat.

The invading Norman army before them, led by Duke William, was a mixture of infantry, bowmen and cavalry and proceeded to launch numerous attacks against the formidable Anglo-Saxon shieldwall. William opened up with an ineffective barrage of arrows and then sent up his infantry but they fared little better. Even when he sent cavalry to support these attacks the could not break the English shieldwall. 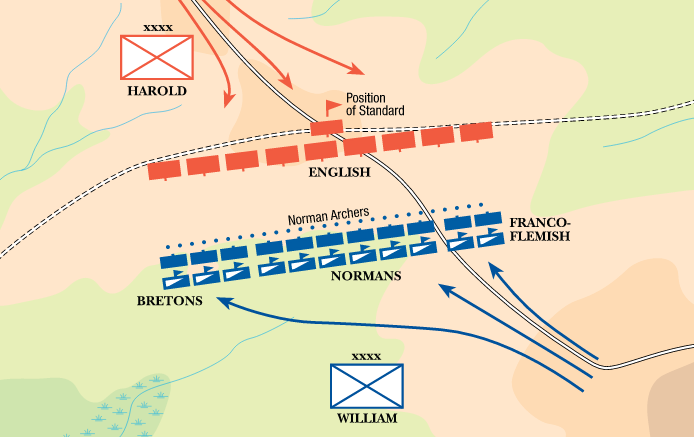 The low-point of the battle came when rumours of William's death almost put the Norman's to flight, but the Duke quickly acted, removing his helmet to show his face to his wavering men. Following this William elected to use feigned flight tactics, to draw men out of the shieldwall which achieved some success but still the English line held steady.

Finally as evening drew in and the light began to fade, William launched a desperate all-out assault which finally broke the shield wall and led to the death of King Harold, possibly due to an arrow through the eye. The victorious William then marched on London, crowing himself as William I on Christmas Day 1066. 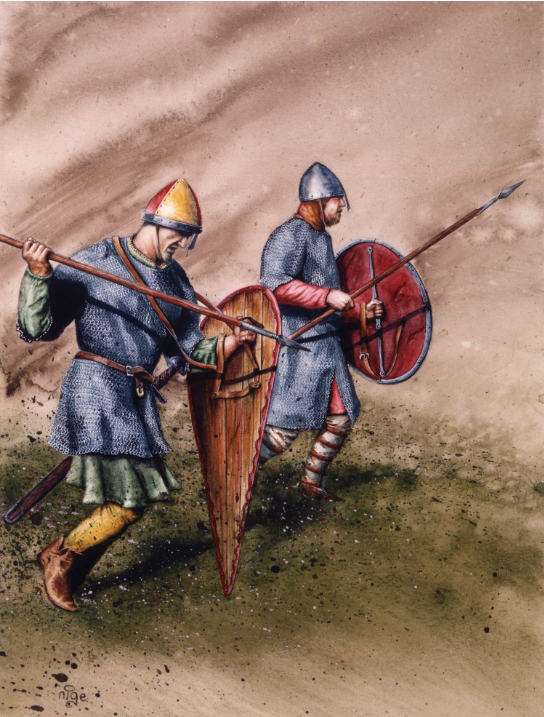 The Norman Conquest is one of the landmark events in English history, leading to the kingdom being dominated by French-speaking nobles and a suppression of the native English aristocracy. The Normans transformed the landscape of the kingdom, throwing up castles to dominate the towns and surrounding countryside and building great stone cathedrals in the French style.

To commemorate the 950th anniversary of the battle of Hastings, we are offering 20% off some selected titles from our back catalogue of Anglo-Saxon, Norman and Viking titles this weekend, including our classic Campaign title on the battle CAM 13: Hastings 1066 by Christopher Gravett and The Vikings by René Chartrand, Keith Durham, Mark Harrison, Ian Heath.

Click here to see which books have been included in this sale, and order your books today. The sale can be used in conjuction with this month's website sale as well as with member discounts.