On 18 October Bulgaria declared war on the Ottoman Empire, joining a host of other European countries in the First Balkan War. Overshadowed by the First World War, this conflict saw the Ottomans fighting against the Balkan League (Bulgaria, Greece, Serbia and Montenegro) in a clash that would see the Ottoman Empire lose large portions of its European territories.

The photo below shows Ottoman troops marching to fight against the Balkan League. 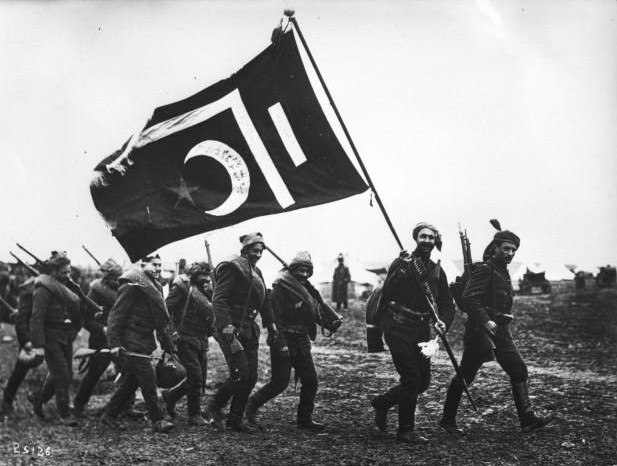 If you would like to read more about the First Balkan War then take a look at Men-at-Arms 466: Armies of the Balkan Wars 1912–13 by Philip Jowett.