On 12th April 1917, the Canadian Army Corps captured Vimy Ridge from the German Sixth Army after 4 days of fierce fighting. One of the most important geographic features on the Western Front during World War I, Vimy Ridge was considered practically impregnable. However, on 9th April 1917, the four divisions of the Canadian Army Corps, under the command of Lietuenant-General Sir Julian Byng attacked it, seizing almost the entire ridge in a single day. By the 12th April, the final pockets of German resistance on Hill 145 and 'The Pimple' had been overcome.

In the below photograph, taken in May 1917, a 6-inch Naval gun can be seen firing over Vimy Ridge behind Canadian lines at night. 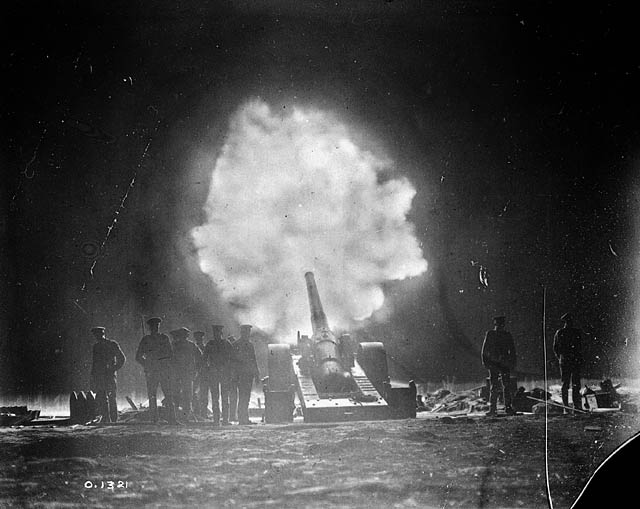 To read more about this battle, take a look at Alexander Turner's Vimy Ridge 1917: Byng's Canadians Triumphs at Arras which describes how the innovative efforts that went into every aspect of the preparation for the attack ensured unprecedented success for the Canadian and British troops.