‘The capture of Stalingrad was subsidiary to the main aim. It was only of importance as a convenient place, in the bottleneck between Don and the Volga, where we could block an attack on our flank by Russian forces coming from the east. At the start, Stalingrad was no more than a name on the map to us’

On 23 August, 1942 German forces reached the outskirts of Stalingrad, marking the start of the Battle of Stalingrad. Over the next 5 months the Soviets steadfastly defended the city, determined to keep it from falling into Nazi hands. It was a battle typified by close quarters combat and air raids, ending in a Soviet victory that is considered by many historians to have been the turning point of World War II in the European theatre.

The photograph below shows Infantry and a supporting StuG III assault gun advancing towards the city. 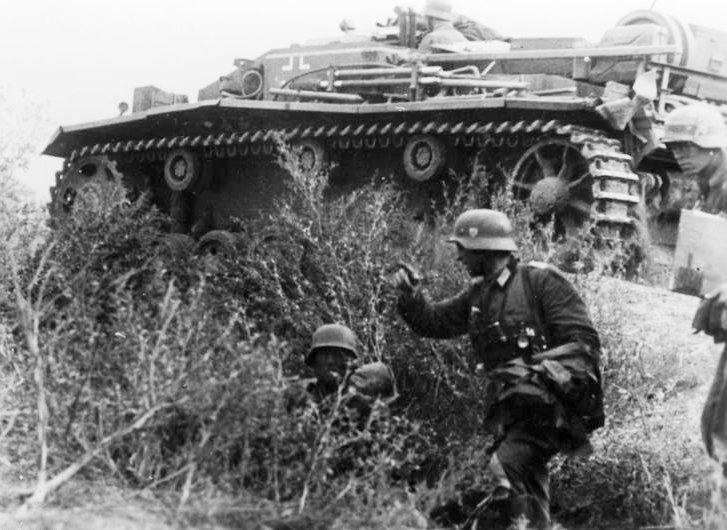 If you would like to read more about the Battle of Stalingrad take a look at Campaign 184: Stalingrad 1942 by Peter Antill, with illustrations by Peter Dennis.