On 27 September 1941 SS Patrick Henry was launched by President Franklin D. Roosevelt. It was the first of the Liberty Ships, described by Roosevelt as ‘a dreadful looking object’ and dubbed an ‘Ugly Duckling’ by Time magazine. These vessels were simple and low-cost to construct, and were mass produced on an unprecedented scale to help the war effort. The ships became iconic, due in part to the large number produced and the role of Rosie the Riveter in their production.

Below are 5 photos from the Bethlehem-Fairfield Shipyards, Baltimore, Maryland in 1943. They show how a Liberty Ship was put together in just 24 days. 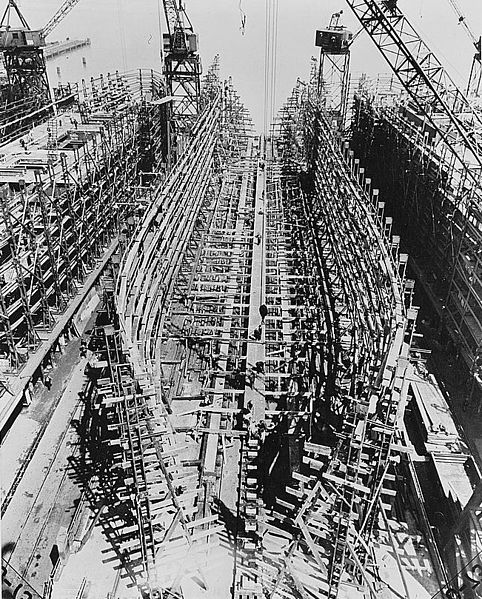 Day 2: Laying of the Keel Plates 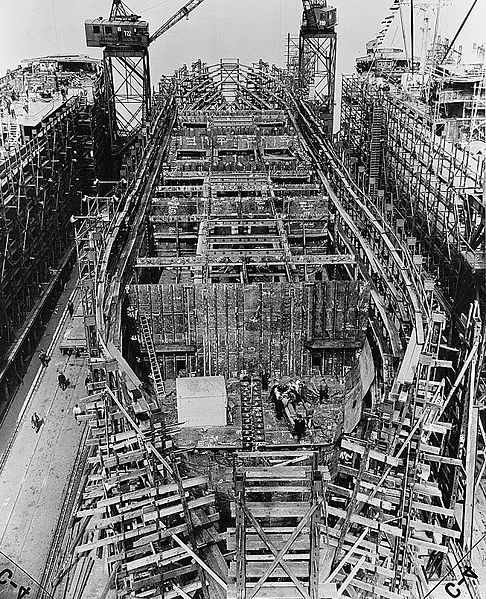 Day 6 : Bulkheads and girders below the second deck are in place 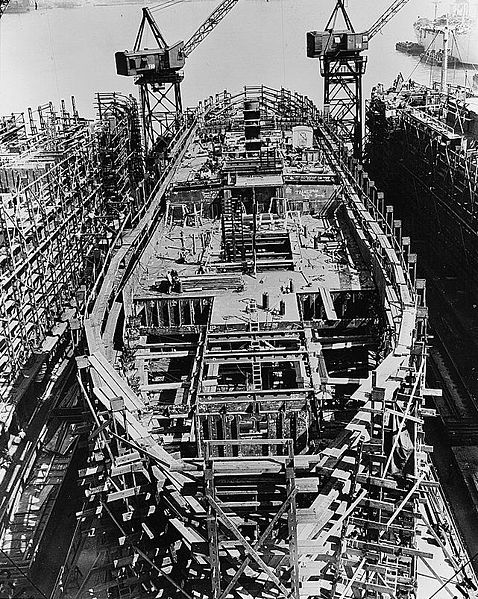 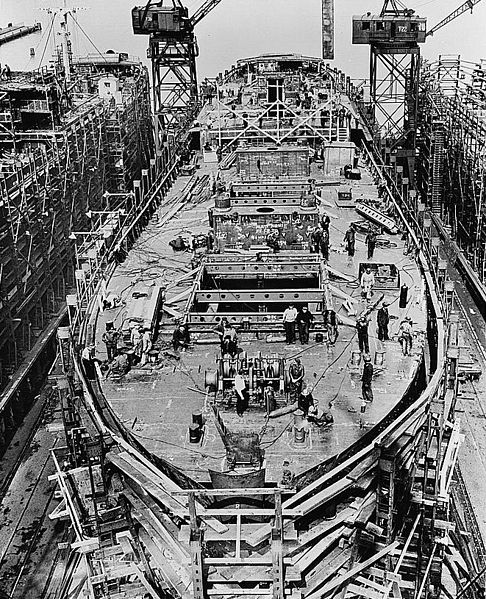 Day 14 : Upper deck erected and mast houses and the after-deck house in place 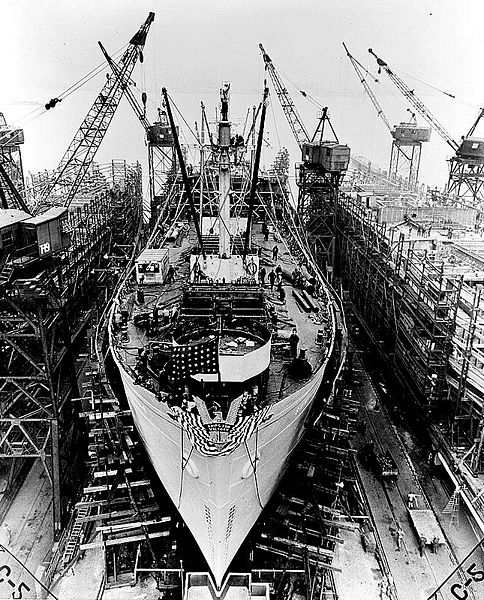 If you would like to read more about the Liberty Ships, and the US Navy in general, take a look at Elite 80: The US Navy in World War II.