After rolling up all opposition in Continental Europe, the legendary Panzerwaffe was next sent to help the Italians in their battles with the British in North Africa.  In this, the second of two blog posts featuring Osprey’s exciting upcoming title The History of the Panzerwaffe, Volume 1: 1939-42, we look at the formation of the armoured divisions of the Afrika Crops and the choice of commander for the expedition: Erwin Rommel.

For the German leadership, the decision to send military forces to assist Italy in removing British forces from Egypt was not an easy one, as Hitler had already made his decision to invade Soviet Russia. For this simple, but decisive reason, the supreme command of the army could neither afford to send large-scale formations nor provide the necessary long-term supply. In late 1940, General Ritter von Thoma had been sent to Libya to evaluate the situation. His report came to the following conclusion: The decisive factor will be the supply problem.

This not only because of the climatic and terrain difficulties in the desert, but because of the British navys’ command of the Mediterranean. It will be extremely difficult, if not impossible to supply and maintain a large army. If Germany does send a force to support the Italians, it should be an armoured force and at least four armoured divisions would be necessary to ensure success…. This is also the maximum force that could be effectively maintained with supplies...

On 8 March 1941, PzRgt 5, formerly part of the 3.PzDiv, was sent to Tripoli. During loading in Naples, there was a fire onboard one of the transport ships and 13 combat tanks were lost. The unit arrived with 25 PzKpfw I, 45 PzKpfw II, 71 PzKpfw III (5cm L/42), 20 PzKpfw IV and seven command tanks. Immediately after unloading in Tripoli, PzRgt 5 paraded through the city in a show of force.

Another more subtle signal was the appointment of Generalleutnant Erwin Rommel as the commander of the force. Rommel was certainly a protagonist of modern mobile warfare. The speed at which the 7.PzDiv advanced through France even surprised military leaders in Berlin. Rommel fully-appreciated the capabilities of the tank and how to deploy his force as the battle developed. Almost equally important, was his ability to lead his force of determined and highly-trained soldiers and was always to be seen as near to the battlefront as was safely possible. The author has interviewed a number of Afrikakorps veterans, and all stated that they would have gone through hell for Rommel. 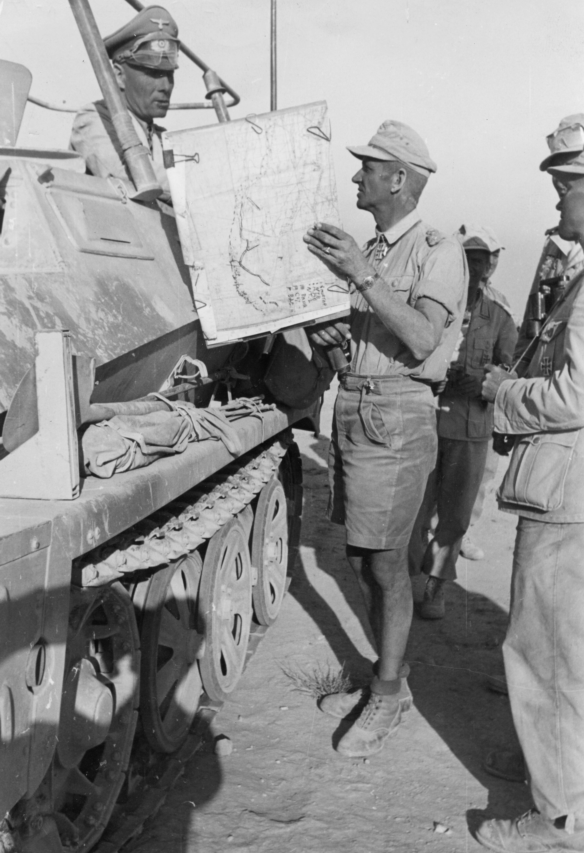 According to orders, the German detachment was to create a buffer-zone that was intended to stop the British tank forces advancing further west: but Rommel thought otherwise. In mid-March, Rommel returned to Berlin and presented his plans to his superiors. His request for more forces was denied. Generaloberst Franz Halder, the chief of the OKH General Staff, wrote in his diary:

“Even if we had two further Panzerkorps available, how would you supply and feed them. Rommel replied sarcastically: (‘I don’t care, that is your business’)”

Rommel knew the British. His PzRgt 5 had more than 70 of the latest PzKpfw III, mounting a 5cm KwK L/42 and 20 PzKpfw IV tanks. Virtually all were fitted with improved frontal armour to provide protection against fire from the British 40mm Ordnance QF (quick firing) 2-pounder, a potent anti-tank (AT) gun.

The British knew Rommel and decided to retreat carefully, as positions in the far west would be difficult to hold and keep supplied. The retreat was called Operation Laxative, a true example of British military humour describing a smooth exit. 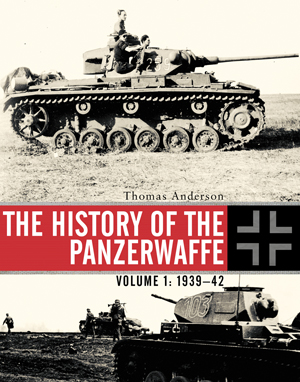