In today's instalment of Osprey's World  Tour we are heading to France, with a beautiful piece of artwork showing a resistance fighter ready to ambush a German column. The image comes from Warrior 117: French Resistance Fighter. 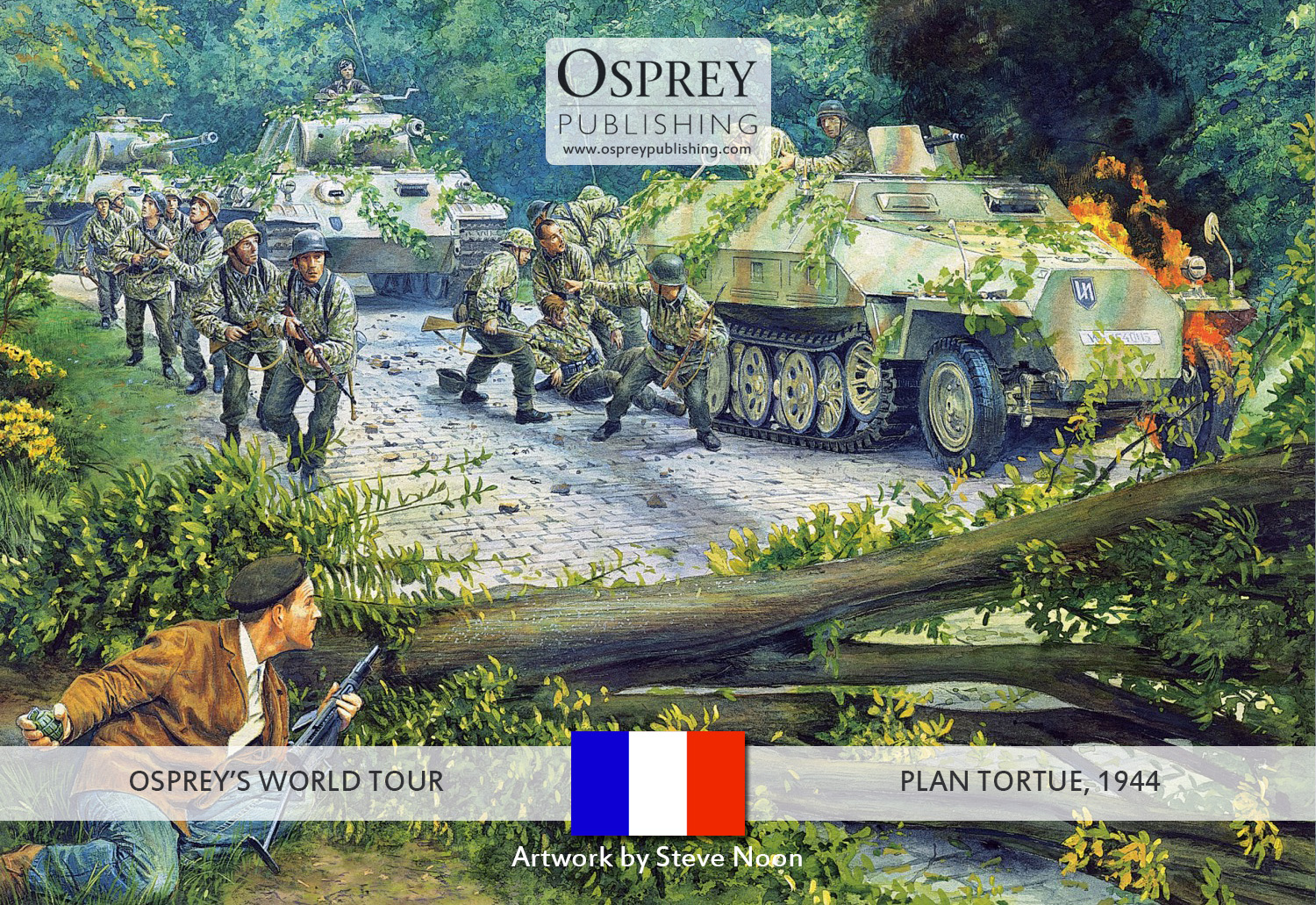 Plan Tortue was originally envisaged as a pre-D-Day means of making French roads impassable to German traffic, but due to a lack of specialist equipment for destroying the roads it became a series of guerrilla attacks. By denying the country routes and lanes to German forces, the Resistance forced the Germans onto main highways where they were more prone to Allied air attacks. Like all Resistance operations, to be successful their attacks had to be hit-and-run by nature. Although the action against Das Reich is perhaps the best-known example, there were numerous attacks against German troop movements all over France. In the south, the celebrated Spanish maquis chief, Cristino García, pulled off many such operations, notably on 13 July 1944 when he and 19 Spanish guerrillas ambushed and shot up a German troop convoy of 60 trucks. At the ‘battle of La Madeleine’ on 25 August 1944 García attacked a column of 1,200–1,500 German troops and armoured vehicles with just 31 Spaniards and four Frenchmen. After Garcia’s men blew a bridge in front of the Germans and mined the road behind the column, the Germans were boxed in by forest on either side of the road. García’s small force moved along the column spraying it with fire, making the Germans think they faced a much larger force. Trapped on the road, the Germans began negotiating, but refused to surrender to ‘terrorists’. A truce was declared and the Germans taken to the local Gendarmerie, whose authority they recognized. Meanwhile, fighting broke out on the column again but was suspended when García received a reinforcement of 70 FTP fighters. After a brief fight the Germans gave up. A total of 1,100 soldiers surrendered, while their commander shot himself in disgrace.

Eager for more reading on French military history? Here is a small selection of what Osprey has to offer:

If you are fascinated by French military history let us know in the comments section below!