The next stop on our journey round the globe is China. This stunning scene is taken from Fortress 84: Chinese Walled Cities 221 BC– AD 1644 and shows a fortified city of the later Han dynasty under attack. 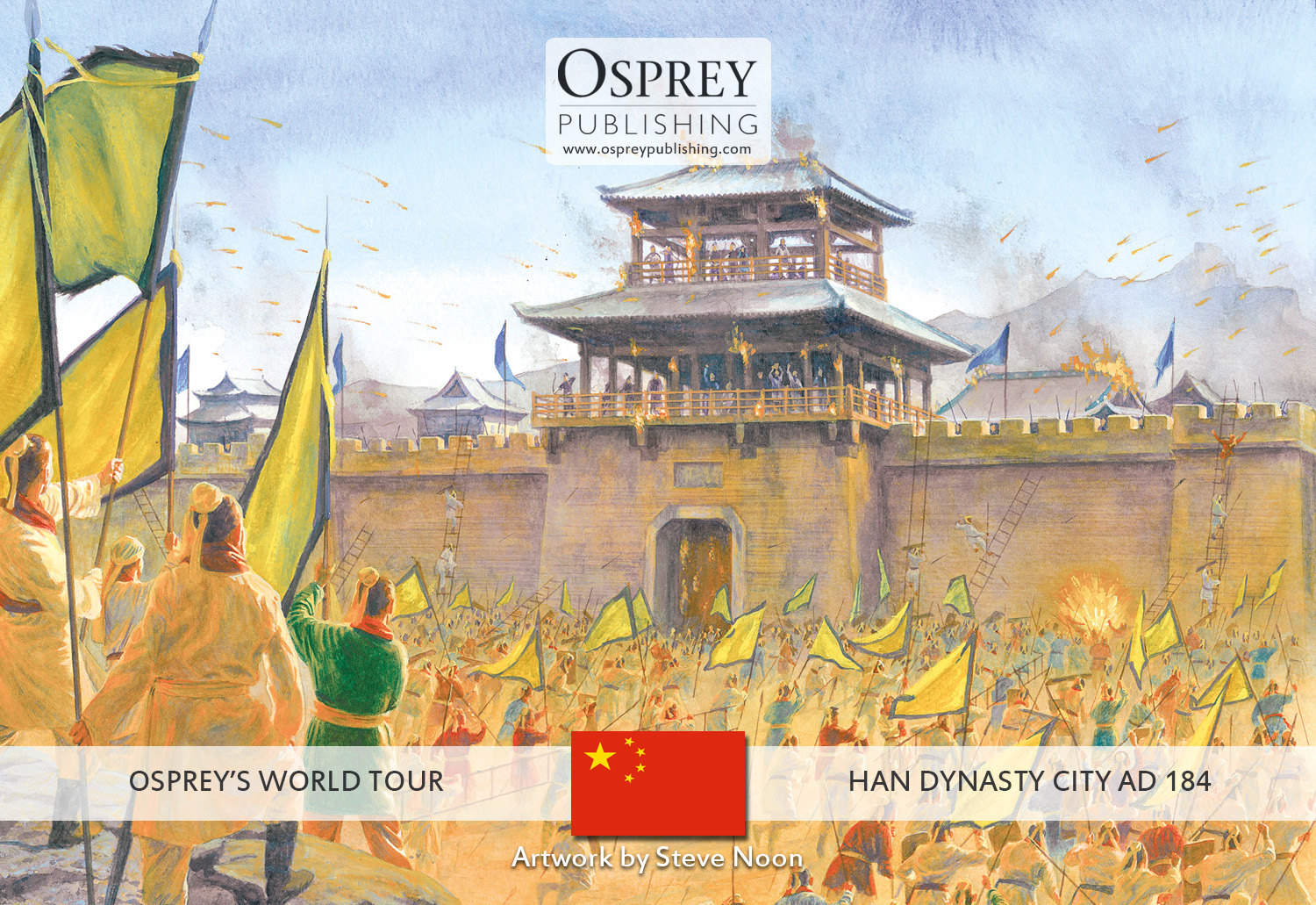 During the waning years of the Han dynasty serious rebellions arose under three brothers, Zhang Jue, Zhang Liang and Zhang Bao. They were charismatic religious leaders, and promised their followers that the azure heaven of the Han would be replaced by a yellow heaven under the Yellow Emperor, as Zhang Jue styled himself. Their followers wore yellow turbans or headscarves. Here they are seen attacking the rammed earth walls of a Han dynasty fortified city.

The walls are made from layers of rammed loess painstakingly hammered down in layers and then coated with oily yellow clay. The successive layers can be seen on the outer surfaces of the walls, which are protected with battlements above an overhanging lip. So strong are the walls that an elaborate gatehouse with a tower could be raised above it. The rebels are poorly armed and have only scaling ladders with which to attack the city.

If you are interested in reading more about Chinese military history take a look at this list of Osprey books:

Is Chinese military history your main area of interest? Let us know in the comments section below.