The Origin Awards – the best known and most prestigious miniatures games and role-playing game awards in the United States – have just announced their 2015 nominations, and Osprey has collected quite a haul!

In total, Osprey raked in seven nominations, including three of the five nominations in the Best Historical Miniatures Rules category! 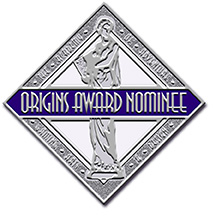 ADF: Across A Deadly Field

OWG: On the Seven Seas

The winners will be announced at the Origins Game Fair in June.