Struggling to decide which Osprey books to go for this month? Hopefully these reviews can help you to narrow down your search! 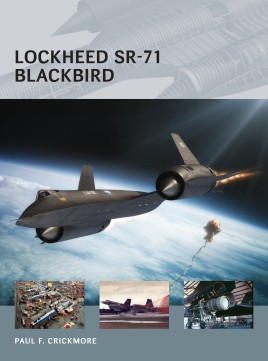 Author, Paul Crickmore is an expert on the SR-71 with several books on the aircraft to his name so we know that the content is in safe hands. As well as many photos, the book contains some stunning artwork produce by Adam Tooby whose work just gets more impressive.

There has always been an air of mystery surrounding the SR-71 and this book gives us an appreciation of the aircraft, what it was like to fly and its interesting career. We can only admire an amazingly progressive design for its time and what it went on to achieve by reading this interesting book. 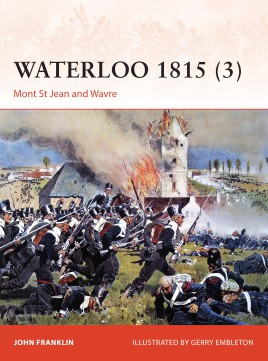 As with the first two books in the trilogy, the bulk of the available space is dedicated to the battle itself, a good decision that allows Franklin to pack a great deal of detail into his text.

Unlike many authors Franklin has chosen to weave the Prussian contribution into the main flow of the text, placing their arrival on the battlefield in the correct place in the narrative. This makes it much clearer how big an impact the Prussians had, forcing Napoleon to divert more and more of his attention to his threatened right flank. The fighting at Wavre is dealt with separately, but it didn’t directly impinge on the battle at Waterloo, so that's a fair choice.

This is a good account of the crucial battle of Waterloo, benefiting greatly from being part of a trilogy, and thus not having to dedicate space to the build-up to the battle. 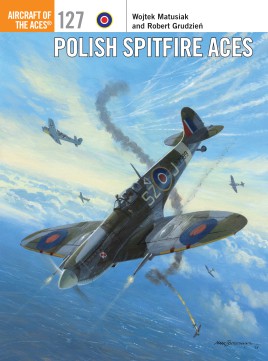 Of all Allied airmen, Polish pilots had had the most experience of fighting the Luftwaffe by the time the war game to Britain. As the Battle of Britain raged, they quickly proved themselves as highly aggressive and skilful interceptors, especially when flying the famous Spitfire. The Polish Air Force eventually became the largest non-Commonwealth Spitfire operator, using some 1,500 Mk’s I, II, V, IX and XVI to devastating effect.

From an expert on Polish fighter aviation, this is a peerless account of the fiery, talented Polish ‘Spit’ pilots, whose country had been overrun and whose aggression and determination to shoot down Axis aircraft was unmatched. 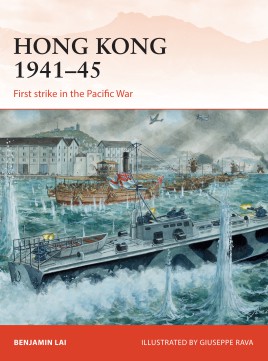 The author describes clearly the intense fighting that took place in the colony over a period of sixteen days, and the book is notable, not only for its description of the major actions in the battle, but also for the depiction of a number of minor actions including the attack by the RN MTBs on Japanese landing craft.

The book contains an assessment of the opposing commanders and the opposing forces together with a comprehensive order of battle of both forces. There are numerous contemporary photographs and detailed maps.

In effect this book is a useful potted history of this almost forgotten campaign. My only minor criticism is that the illustrations showing the Japanese attack on the Shing Mun Redoubt and the battle for the Wong Nei Chong Gap are somewhat misleading showing, as they do, the ground covered by undergrowth when in fact the hills were virtually bare in 1941. 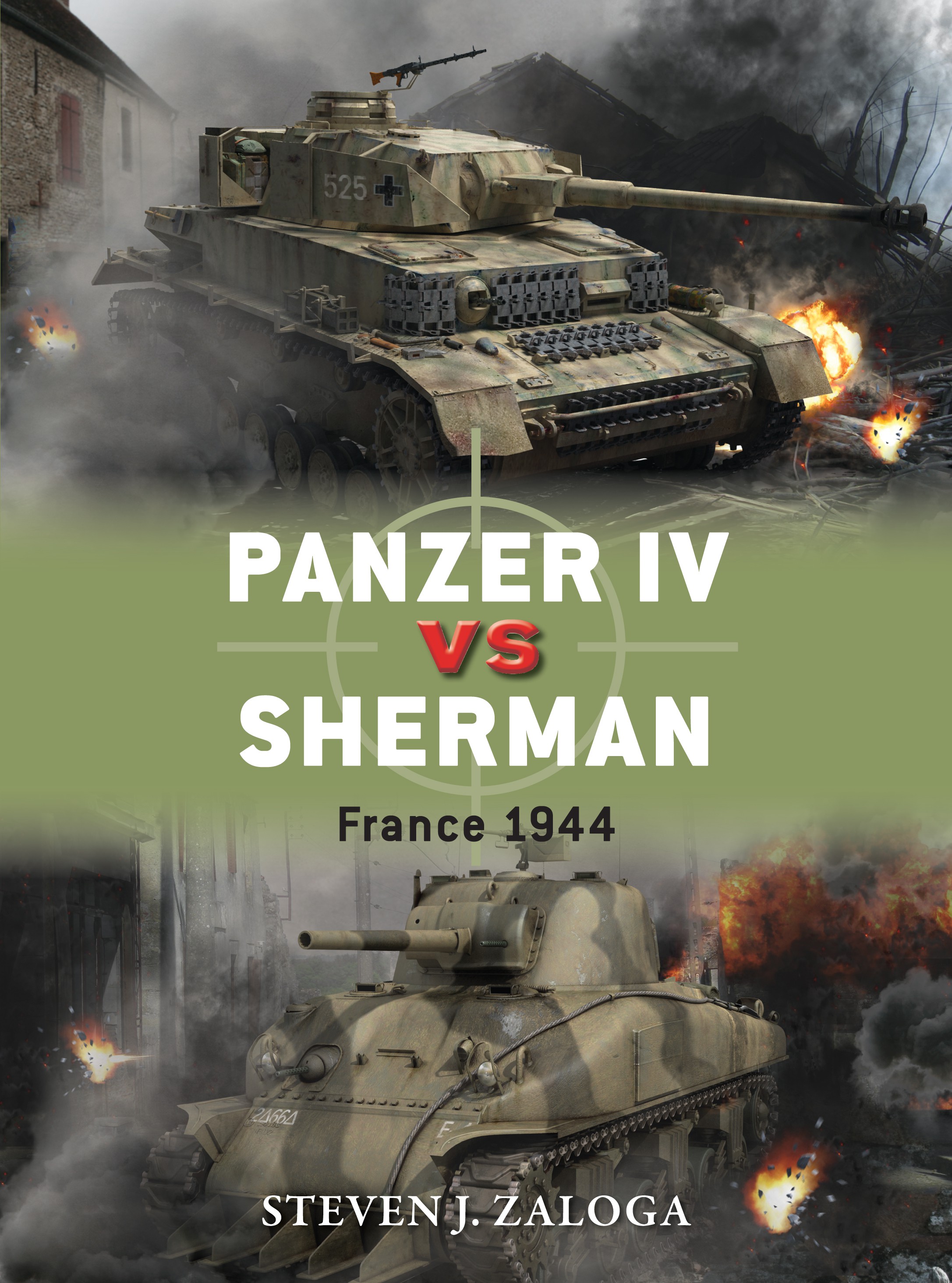 There is no shortage of literature on the Normandy 1944 battles, though fewer accounts are from the tank fighting perspective.  This Duel centres on the battles between the US 2nd Armoured Division and the elite German Panzer Lehr Division during Operation Cobra. The book follows the usual format of comparing the technical aspects of the tank adversaries, crew training, personal histories of unit commanders, description and analysis of the battle.  A number of the photos have been seen before. Of note are the infantry mounted Shermans, several being fitted with the chunkier Rhino hedgecutter.  Most of the Panzer IVs are knocked out vehicles, but not burnt out hulks, so there is a lot of detail to be seen.  There is some good diorama material here.  Thanks to Osprey for the review sample. 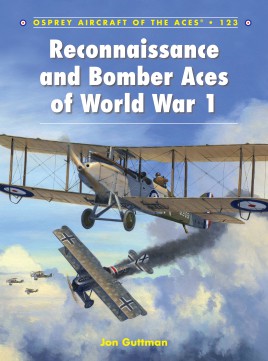 In the decades since the Great War ended it seems as if Pursuit pilots have been the mainstay of war in the air books. However occasionally a book comes along which tells a different story, one aboue the ‘arbeitsflieger’ or working aviator – the reconnaissance and bomber pilots and crews. This book brings together a number of these individuals and their valiant battle records. Although it does not cover all the combatants who could be called an ‘Ace’ it does lay out a cohesive examination of many of these individuals and to Guttman’s credit he does provide in the appendices a list, which is as complete as he can tell, of those individuals who have reached that status.

And finally, from Osprey Games... 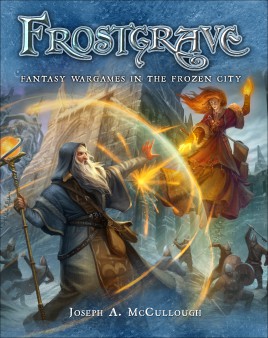 All in all this book contains everything you need to build your warband, play a long campaign and have a great time with it.  It’s a fantastic looking book, the artwork is beautiful, and it is full of stunning painted models from the Northstar range created from this game and would be a fine addition to any gaming shelf.  However, the game contained in this book looks far too good for it to just sit on your shelf, it has an elegant play system, that is simple to grasp but with all the combinations available hard to master, and a deep campaign system to keep you and your group gaming for a long time.  The rules are clear and well written, and the book follows a logical path making it easy to read and simple to refer to.  I cannot recommend this game highly enough, it gives enough details about the city, but not the world to allow all sorts of great combinations of models to be used in it, create and theme your own warband and wizard to your taste.  Tailor him specifically from many combinations to your own tastes.

Mordheim has always been my go to skirmish campaign game, and nothing has come close in all its time.  Frostgrave however topples it! and with the promise of more expansions to come it looks to become THE fantasy skirmish campaign game, and rightly so. Osprey and Joseph McCullough have put great work into this.  Go to Osprey and get your pre order here  It is a must have for any fantasy gamer.