On 21 July, 1918 the American town of Orleans, Massachusetts found itself the target of a German attack. A U-boat opened fire on some merchant vessels, with several shells landing on the nearby Nauset Beach, This gave the town a unique claim to fame - it was the only piece of United States soil attacked by the enemy during World War I 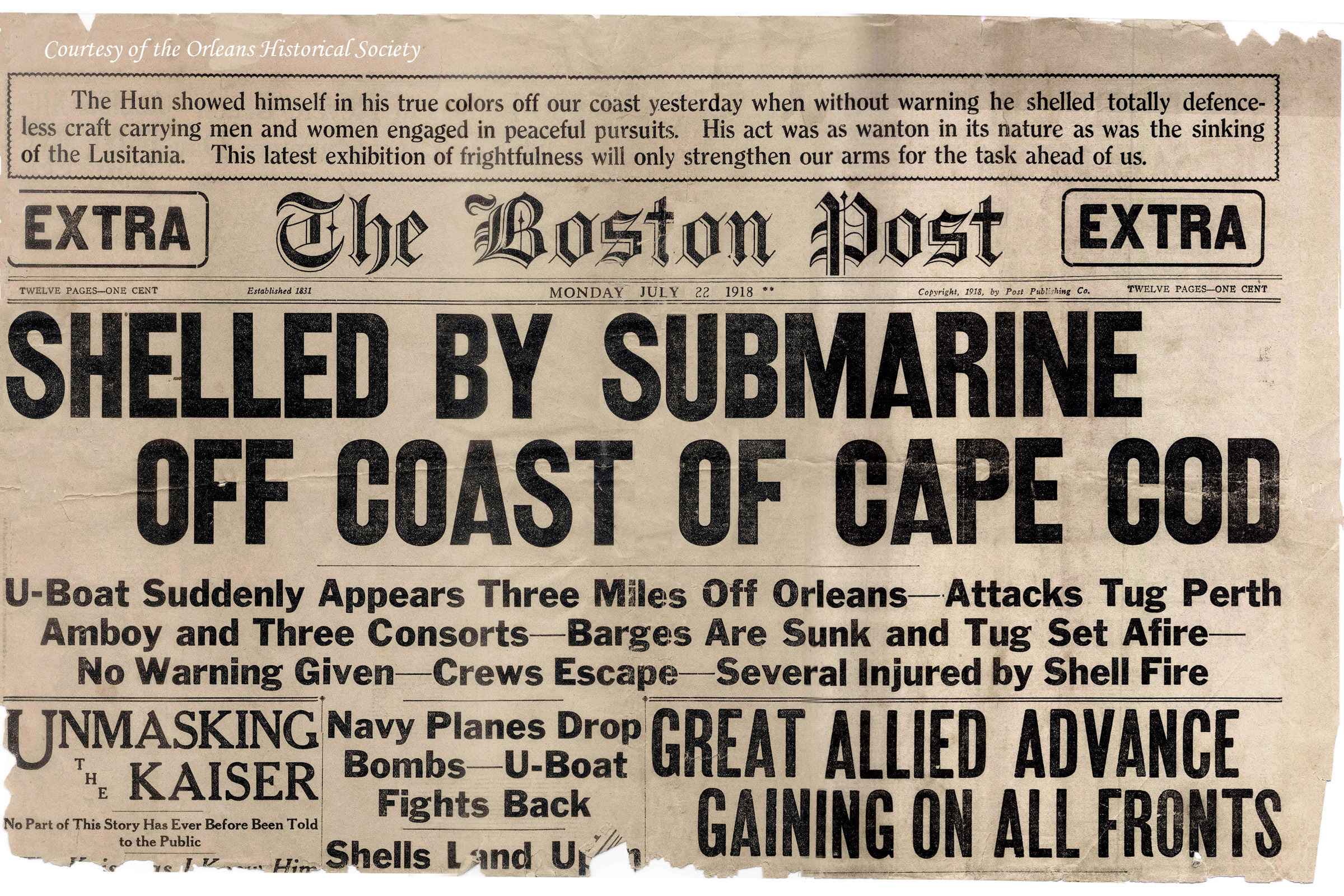 The following text is from the New York Times article reporting on the attack:

ORLEANS, Mass., July 21.- A German submarine attacked the tug Perth Amboy of the Lehigh Valley Railroad and her four barges three miles off this town on the south-eastern elbow of Cape Cod at 10:30 A. M. today. The one-sided battle lasted one hour and a half. The tug was burned to the water’s edge by shellfire, while the barges Lansford and Nos. 703, 740, and 766 were sunk by gunfire.

The barges were bound from Gloucester for New York and only one was loaded, her cargo consisting of stone. Of the forty-one persons, including three women and five children, on board, three men – Captain Charles Ainslie of the Lansford, John Molovich and John Vitz, Austrian members of the tug crew – were wounded. Bolovich probably will lose an arm. Vitz had one hand blown off. These two were sent to the Massachusetts General Hospital in Boston. Captain Ainslie was wounded in both arms by shrapnel and treated at the Summer home of Dr. J. Danforth Taylor of Boston.

A report reached here tonight from Wellsfleet that passengers on the train that took the survivors to Boston reported that while their train was near Wellsfleet they saw two submarines a short distance from the shore. They were entirely on the surface, those who saw them declare, and were so close to the shore that members of their crew could be made out standing upon the decks. Some of the passengers describe the actions of the men. They said they were smoking either cigars or cigarettes and “looked like Germans.”

The attack was witness by large crowds of natives and Summer visitors who had flocked to the Cape for the week-end. All accounts agreed that the submarine’s shooting was very bad. Her torpedo work was no better. According to the Captain Ainslie of the Lansford she launched three torpedoes at the tug and all went wild.

Seaplanes to the Rescue.

The attack occurred only a few miles from the naval aviation station at Chatham. Three seaplanes attacked the raider with bombs, according to Rear Admiral Spencer S. Wood, commander of the First Naval District. The fire was returned, keeping the planes high.

For more information on German U-Boats during World War I take a look at New Vanguard 50 - U-boats of the Kaiser's Navy by Gordon Williamson.