Created by London-based game designer Nigel Buckle (Omega Centauri) and prolific Netherlands-based designer Dávid Turczi (Anachrony), Imperium is an epic asymmetric deckbuilding card game featuring stunning artwork from Mihajlo ‘The Mico’ Dimitrievksi (Architects of the West Kingdom), one of the most celebrated artists in the board game industry.

Imperium: Classics and Imperium: Legends are stand-alone games, each containing eight unique civilisations for up to four players to battle it out to become the most dominant empire the world has ever seen.

Each game also includes a solo mode, with five levels of difficulty, and an opposition AI that varies its strategy depending on the opposing civilisation’s strengths.

When played together, the solo games become an interwoven campaign where lasting changes to your deck create ever-increasing challenges.

The civilisations in both boxes are compatible with one another, balanced for players who wish to clash civilisations from Classics against those from Legends. 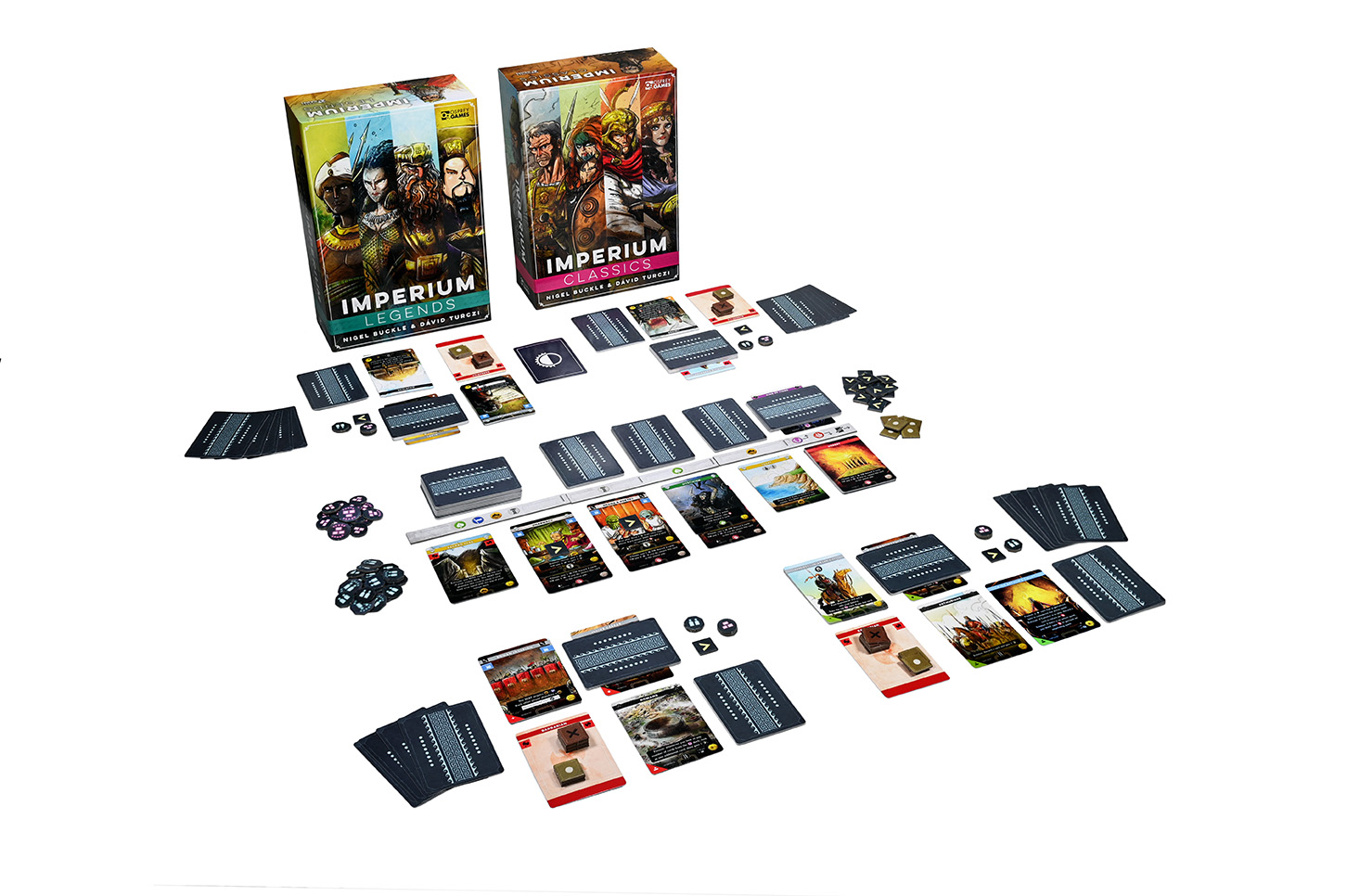 In your hands lies the destiny of one of history’s greatest civilisations, but formidable adversaries are arrayed against you.