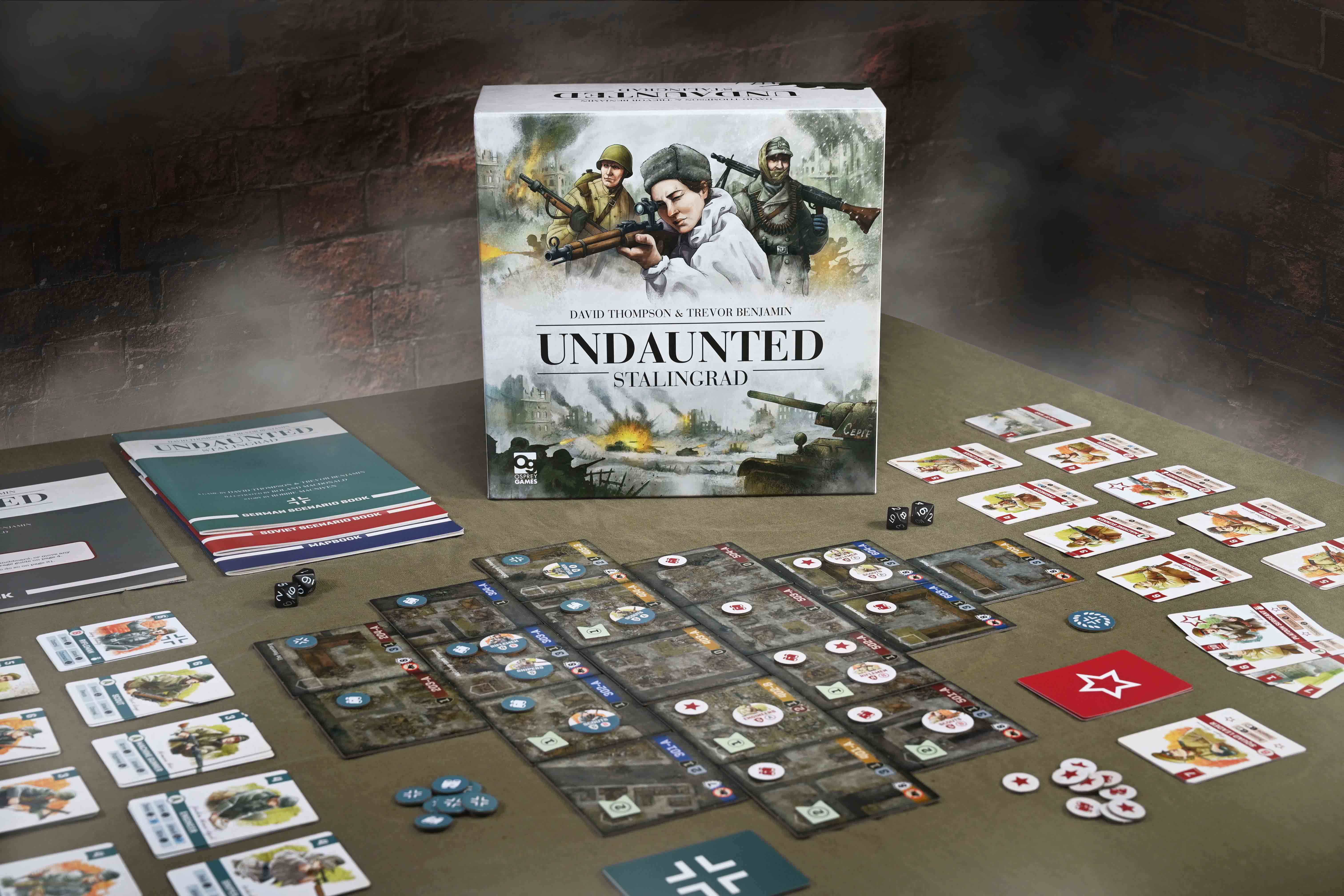 Undaunted: Stalingrad - the massive, replayable legacy instalment in the award-winning Undaunted series - is finally here! Read on to hear from the designers, find key videos, learn about the US release date and more...

"Undaunted: Stalingrad is a deep and expansive standalone game that moves the Undaunted series in a whole new direction - an immersive campaign system that plays out like a legacy game but can be replayed for very different experiences … During the course of the campaign, your soldiers can be awarded for their acts of valor or nobly die fighting; the city around you changes based on your actions; and your victories and defeats shape the scenarios to come."
- David Thompson, co-designer of Undaunted: Stalingrad 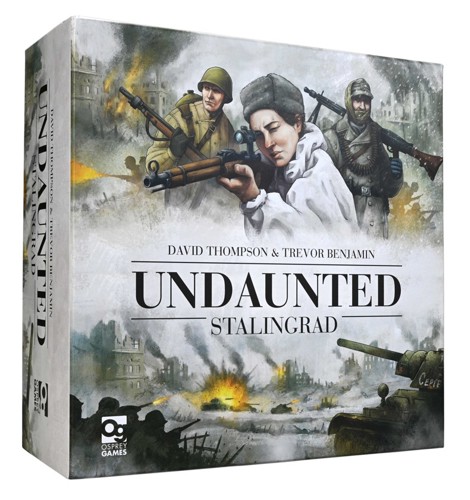 "A MEMORABLE EXPERIENCE, YOU'LL TALK ABOUT IT FOR YEARS TO COME"
- No Pun Included

"UNDAUNTED: STALINGRAD IS A MASTERWORK"
- Boardgame.co.uk

Lead your stalwart troops to victory in this epic two-player campaign, played out in the war's most infamous city.

Stalingrad, 1942. Before you awaits a gruelling conflict in this cornerstone battleground. As the bullets and bombs tear the city asunder, only through wits and valour can you seize the cornerstone of the entire Eastern Front and change the course of history.

A heavy burden rests on your shoulders. Every casualty suffered in battle will weaken your forces for the entire campaign. Every bomb blast and mortar shell leaves the very ground for which you are fighting in further ruin. Every inch lost to the enemy brings you closer to the jaws of defeat. Over the course of up to fifteen branching scenarios, you will decide the fate of Stalingrad and, perhaps, the war itself. Even though the consequences of your actions will persist, the game itself can be fully reset and replayed, allowing you to explore every potential outcome.

Undaunted: Stalingrad is a monumental standalone game that expands the series’ scope and challenge beyond anything that’s come before. Featuring more than 300 unique illustrations by Roland MacDonald and 150 evocative mission briefings written by acclaimed author Robbie MacNiven, immerse yourself in this campaign at the heart of the war.

Want to see what the critics are saying? Watch No Pun Included's video review now.

If you're after how to play, Gaming Rules! has you covered with this tutorial.

And to see the game in action, Gaming Rules! has a full playthrough of Scenario 1 for you as well.

Undaunted: Stalingrad is out now in the UK and will be available in the US December 13th.
Order your copy today!

To find out more, visit the game's BoardGameGeek page - and check out the videos from OnTableTop's Undaunted Week...