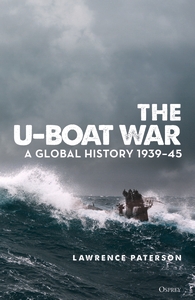 It strikes some people as unusual that my two grandfathers are indirectly responsible for my long-standing interest in the military forces of the Third Reich. Both were military men. One was an ANZAC that landed on 25 April 1915 at Gallipoli and then survived the Somme, Paschendale and battles against the Hindenburg Line. The other was in the Royal Navy, aboard HMS Leander when it became part of the newly established Royal New Zealand Navy in September 1941; he subsequently moved to New Zealand at the end of his military service. Growing up in the New Zealand countryside during the 1970s, many of the local men were veterans, and a long-standing aversion to all things German remained as scars of the last world war seemed very raw even 30 years after its end. However, rather than be part of that ‘black hat/white hat’ approach to Germans and other former enemies, both of my grandfathers taught me that war is a very complex and personal experience. Many events were more ‘shades of grey’; rarely a simple ‘good guy versus bad guy’ thing, regardless of whether the cause that soldiers served was a just one or not. Though there is no doubt that the Second World War needed to be fought to stop Nazi Germany’s path of conquest, that lesson stays with me today.

I gravitated towards studying the German military, and of course the insidious effect of Nazism on its fighting men. Almost by accident I began to focus upon the Kriegsmarine and U-boats in particular. Running my own scuba diving operation based near Brest harbour in France, I frequently dived on the wrecks of auxiliary warships charged with the protection of U-boats transiting in and out of Brest harbour. The remains of the German occupation are evident everywhere along the French Atlantic shoreline and the monolithic U-boat bunkers are as imposing today as when they were first operational in September 1941. While living near Brest I wrote a book about the 1st U-Boat Flotilla, and I haven’t stopped writing since.

This new book, The U-Boat War: A Global History 1939–45, is in many ways the culmination of all my previous works centred on U-boat history. I have written about certain flotillas, or concentrated on geographical theatres of action, but this book seeks to place these varied aspects into firm context with each other. This shows that, rather than being viewed in isolation from one another, the myriad components of a complicated U-boat campaign served a unified naval ambition over which Karl Dönitz held sway. His central purpose was the disruption of the Allied ability to wage war. Not only did this include blockading Britain with his (in)famous ‘tonnage war’ against Atlantic merchant shipping, but also early war attacks on enemy naval units, attempts to interrupt the flow of oil from Venezuela, and attacks on shipping as far afield as South Africa and the Indian Ocean. The vaunted ‘Battle of the Atlantic’, as the struggle over North Atlantic convoys has become popularly known, was a singular component of a complicated strategic deployment of combat U-boats, albeit one of vital importance.

By examining the U-boat war as a whole it becomes painfully obvious that, not only were the odds stacked heavily against Dönitz from the outset when he entered war with only 57 U-boats, but at no point did Germany come remotely close to success. Indeed, Dönitz’s first withdrawal of forces from the North Atlantic took place in early 1941 after a string of casualties that robbed him of three of his most prestigious commanders for little result. The greatest successes that U-boats would achieve were actually elsewhere: within the Caribbean Sea, off West Africa and around South Africa and into the Indian Ocean. U-boats had once come closer to success against British trade shipping, but that had been in 1917. The legacy of that unrestricted campaign — a topic frequently exploited by potent and lurid propaganda — remained deeply etched in Allied nations’ collective memories. Perhaps so firmly entrenched that the U-boats of the next war were always assumed to have been at least as successful, if not more so.

By the time Dönitz was able to muster the kind of U-boat strength that he had long coveted, his war was already lost and he was relegated to fighting an increasingly defensive battle that did nothing to alter Germany’s declining fortunes. By that stage the United States — the greatest industrial power of the time — was fully engaged in that war and, despite major naval commitment to the Pacific Ocean and the battle against Japan, Dönitz’s forces suffered exponentially heavier casualties as the months passed and American air and surface forces joined the fray. Command of the technological and cryptographical battles had also passed to the Allies relatively quickly, leaving Dönitz’s men almost permanently on the back foot. Despite attempts to forge new technological achievements with ‘electro-U-boats’ and hydrogen-peroxide propulsion, the kind of confusion, inter-service wrangling and mixed priorities that bedevilled the Wehrmacht throughout the war doomed these to failure.

Of course, while writing a book of this nature there is often the necessity to observe events from a wider perspective than the sailor at sea. I endeavour to include as many first-person perspectives as I can but am always aware that there is a risk of ‘sanitising’ wartime experience through the jargon of strategic manoeuvring. Yes, this is a story of global perspective. However, it is the global perspective of a war fought by individuals. Every ship sunk was a tragedy, no matter which flag it flew. I have been fortunate to meet veterans of the Merchant Navy, Royal Navy and Kriegsmarine, and their memories that they willingly shared with me always served to remind me how fortunate I am not to have been in their shoes. It has been a humbling privilege to listen to men recount stories of their time spent in the war at sea. Their memories are often as vivid as if of a recent event, and frequently these men, who were in their 80s and 90s, would speak with raw emotion and tears in their eyes, of friends who did not survive. That is the important underlying reality of the struggle that was fought at sea between 1939 and 1945 and I hope that this book, The U-Boat War, does justice to these people’s memories and experiences.

The book can be ordered on the Osprey website here