Today we are incredibly proud to announce the arrival of our latest skirmish wargame from the award-winning Joseph A. McCullough,
The Silver Bayonet. This brand new hardback is a dark exploration into the gothic horrors that lurked unseen during the Napoleonic wars.
Gather your troops and hunt the creatures of the night before they ravage the countryside’s of Europe.

"The Silver Bayonet is an excuse to buy and paint some of the great Napoleonic figures on the market without having to worry too much about exact units, uniforms, or even year. Basically, you are forming your own little group of Chosen Men drawn from all branches of the service to fight in the shadow war that is happening adjacent to the major wars. So not only does your unit have to be ready for enemy soldiers, but also ghosts, vampires, werewolves and all sorts of other boogeymen. Just be sure you are carrying the right weapons to fight them all!"
- Joseph A. McCullough

Get ready for battle with our downloadable unit sheets. Available for free from our Gaming Resources page. 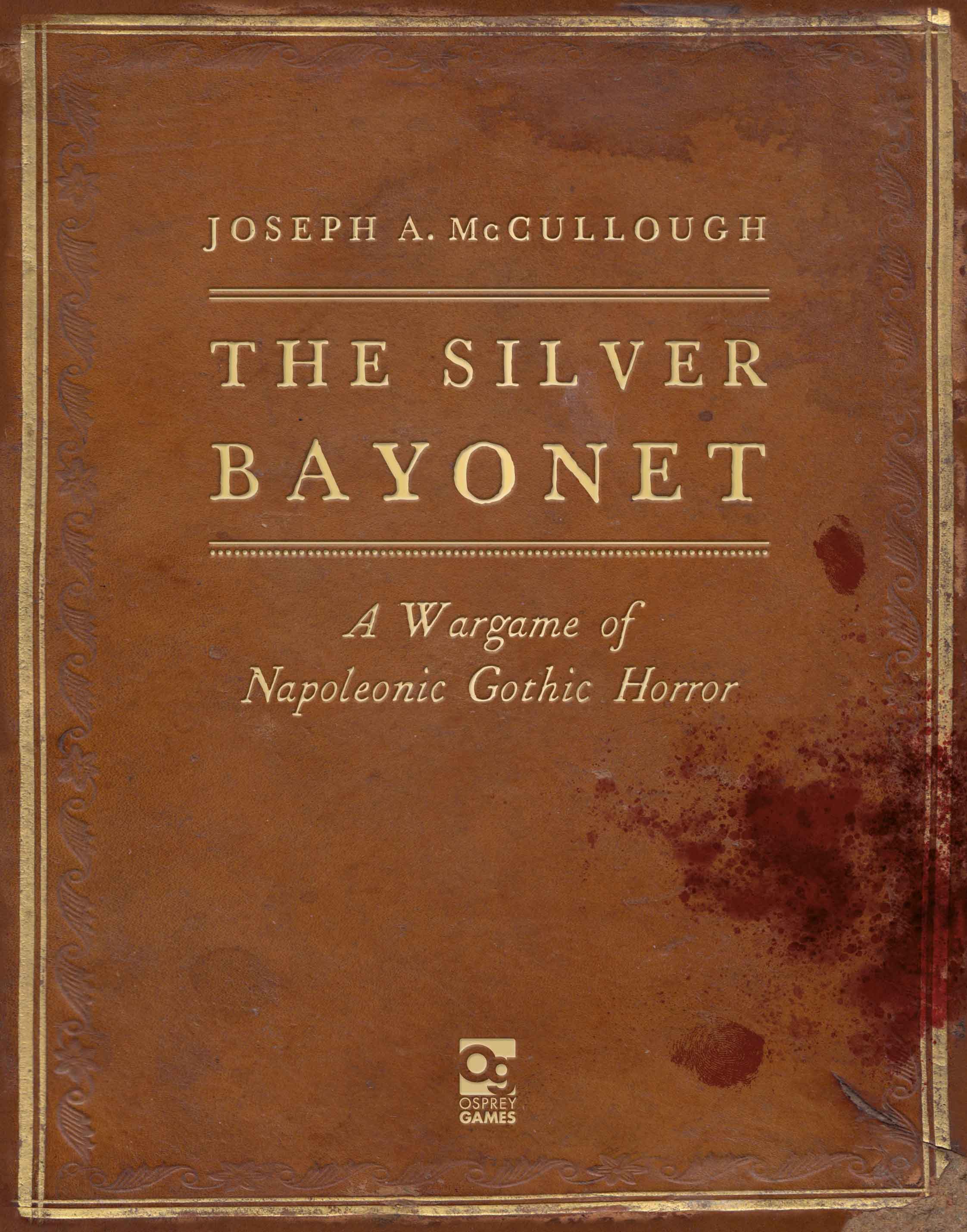 As the wars of Napoleon ravage Europe, chaos and fear reign and the darkness that once clung to the shadows has been emboldened. Supernatural creatures - vampires, werewolves, ghouls, and worse take advantage of the havoc, striking out at isolated farms, villages, and even military units. Whether they are pursuing some master plan or simply revelling in their newfound freedom is unknown. Most people dismiss reports of these slaughters as the rantings of madmen or the lies of deserters, but a few know better…

The Silver Bayonet is a skirmish wargame of gothic horror set during the Napoleonic Wars. Each player forms an elite band of monster hunters drawn from the ranks of one of the great powers. Riflemen, swordsmen, and engineers fight side-by-side with mystics, occultists, and even those few supernatural creatures that can be controlled or reasoned with enough to make common cause. The game can be played solo, co-operatively, or competitively, with players progressing through a series of interlinked adventures with their soldiers gaining experience and suffering grievous wounds, and their units triumphing… or falling in the face of the shadows. It is a game of action and adventure, where musket and sabre meet tooth and claw.

Are you ready to investigate further? Many dangers await you in the darkness.
Let this review from Ash Barker light your way...

If that wasn't enough to prepare you, then make sure to watch the latest teaser trailer for
The Silver Bayonet from the incredibly talented team at 52 Miniatures...

Order your copy from your friendly local gaming store today!
Find out more about the The Silver Bayonet miniatures line by North Star Military Figures
Find out more from Joseph. A. McCullough on his personal at his blog.