Later this month, we’ll be publishing Stargrave: Science Fiction Wargames in the Ravaged Galaxy, the new game from award-winning author Joseph A. McCullough. In advance of the release, we want players to be battle-ready, so this week we are releasing the game’s Power Cards. But we’ll let Joe tell you more:

The official release of Stargrave is now just two weeks away, and the Stargrave Nickstarter pre-order program is surging onwards, with lots of cool new miniatures. Today, we are releasing the Power Card sheets from the rulebook as a free download. These cards contain the rules for all of the powers that captains and first mates can choose from – all 52 of them!

Creating these powers was probably the most enjoyable part of the design process. It was my chance to develop fun and clever ways to bend or break my own rules, to give players the chance to manipulate the game environment, and to allow the main characters to do some really cinematic stuff.

It also presented a nice challenge. In Frostgrave, everyone is controlling a wizard, so it was easy to justify anything they could do, just by saying “its magic”! In Stargrave, though, the characters come from all kinds of different backgrounds. While a few, such as the mystic and the psionic, can do things that look a bit like magic, most of the others cannot. Soldiers, rogues, cyborgs, etc. should have abilities based more on skills, or technology, or luck. In fact, that’s why I called these things ‘Powers’, as I couldn’t think of a more all-inclusive term for the different abilities that captains and first mates can possess. 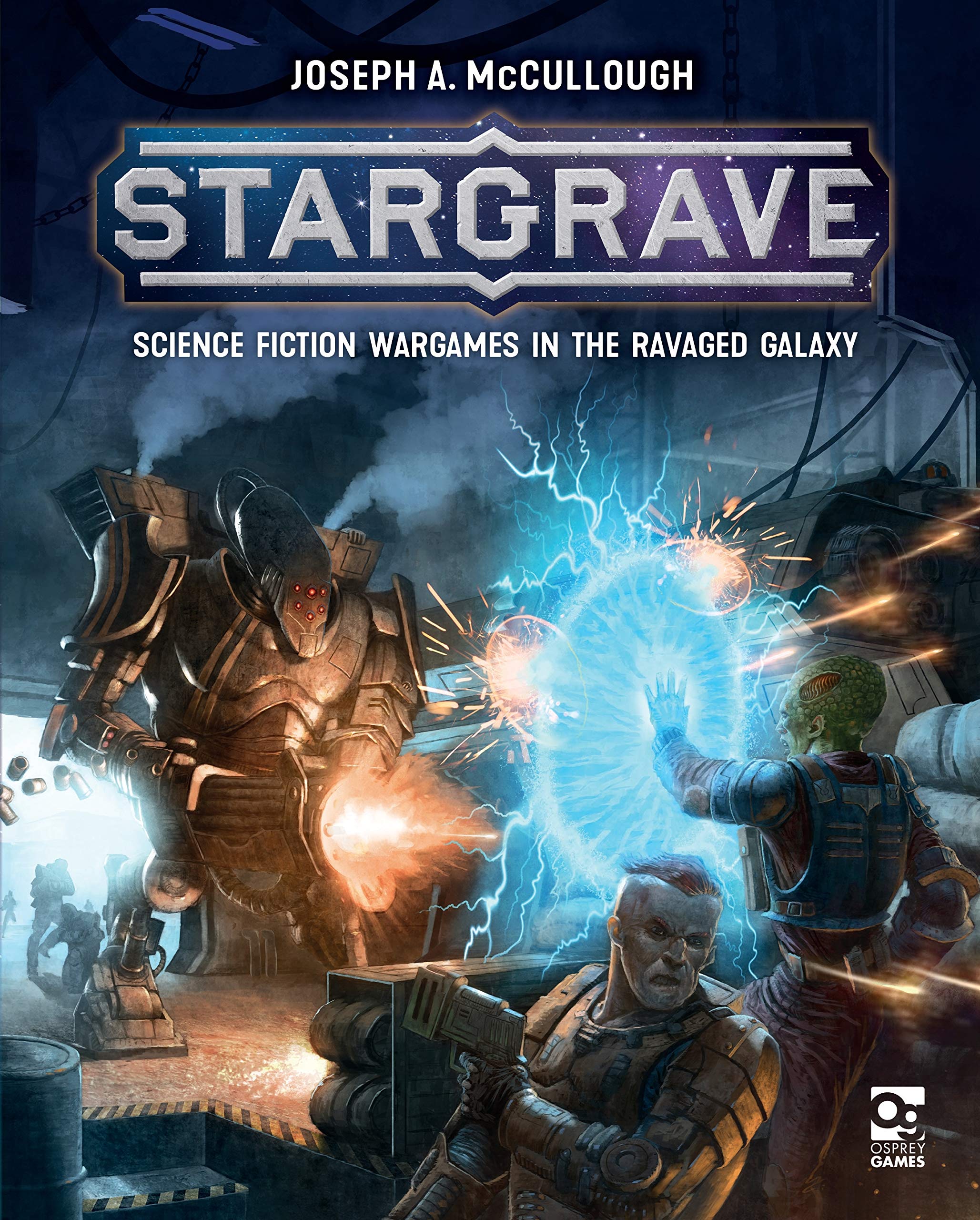 Now, in truth, I haven’t worried too much about the logical justification of why a particular captain has a particular power – that’s up to the player creating the captain’s background – but I did want to design powers that could match as many different sci-fi tropes as possible. So, if you want a captain who survives by his combat training and wits alone, you can. You can also have a mystic that can suck the lifeforce out of others and blast things with weird energy. The key for me was making any character fun and balanced.

So, have a look through all the powers and, hopefully, it will get your creativity stirring, offering ideas for cool characters to start their adventures in the Ravaged Galaxy!

Find out more about Stargrave on Joe’s blog here.

Discover more about Stargrave and its release here.