Today on the blog, Publisher, Marcus Cowper kicks off our Osprey Team's Top Picks for Christmas with three of his favourite titles on Ancient Warfare. 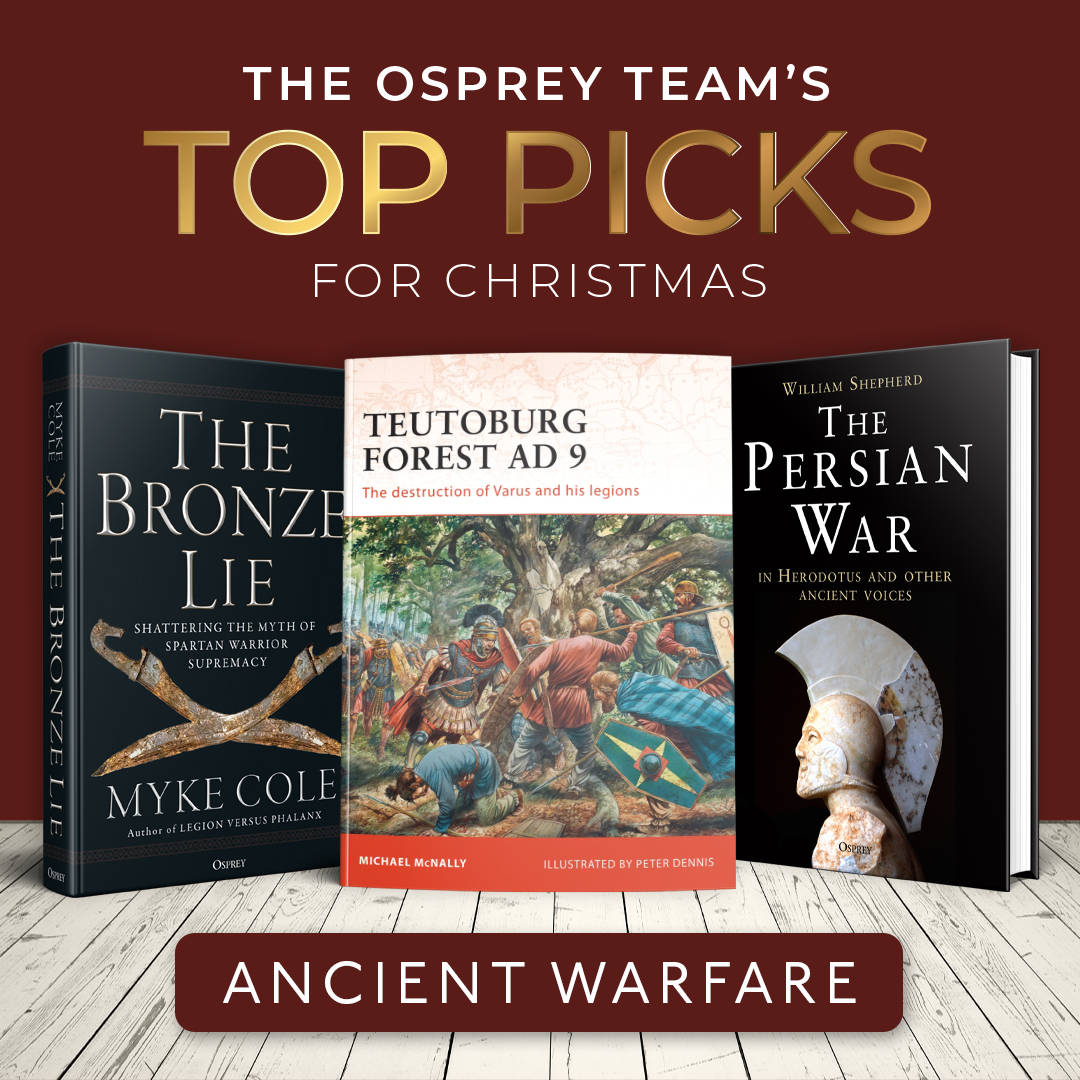 As part of Osprey’s Top Picks for Christmas I have chosen three titles from our wide range of Ancient World books. It’s an endlessly fascinating subject area, and one strongly represented throughout the various Osprey series – some of our most enduring titles have dealt with ancient armies and warfare, often illustrated with iconic art by the late Angus McBride, and in the case of Campaign 22 Qadesh 1300 BC with still photographs of Yul Brynner as Rameses II.

The three titles I have chosen are of a more recent vintage, and give a good range of the books we publish on Ancient World topics.

The Bronze Lie: Shattering the Myth of Spartan Warrior Supremacy

Myke Cole explores the history of the Spartans and takes aim at their lofty reputation. This lively study explores the Spartans' arms and armour, tactics and strategy, the personalities of commanders and the common soldiery alike. It looks at the major battles, with a special focus on previously under-publicized Spartan reverses that have been left largely unexamined. The result is a refreshingly honest and accurate account of Spartan warfare.

The Persian War in Herodotus and Other Ancient Voices

In this book William Shepherd goes back to the original source material of the Persian War, the father of history Herodotus. It weaves together Herodotus’ entire narrative along with other ancient voices as well as a detailed commentary to present and clarify the original texts. The result is an engrossing story of the triumph of Greece over the mighty Persian Empire, a victory that potentially secured the future of Western civilization.

Campaign 228 Teutoburg Forest AD 9: The destruction of Varus and his legions

Inspired by the pioneering work of British Army officer Tony Clunn, who painstakingly uncovered the probable site of the battle in the late 1980s, Mike McNally brings to life one of the greatest military disasters of the Roman Empire. Teutoburg Forest witnessed the near-total annihilation of three Roman legions at the hands of the German barbarians, led by their Roman-educated chief Arminius. This is one of the best-selling Campaign titles of all time, and the three colour plates by Peter Dennis are amongst his finest for Osprey.

Intrigued by some of the titles included in today's post? Take advantage of our Black Friday sale with 30% books before it ends on Thurday 9th December.