In today's blog post, we're looking at three fantastic pieces of artwork from three of our June 2021 titles. Let us know what you think in the comments section and, if you would like to see any artwork from any of our July titles, be sure to mention that too! 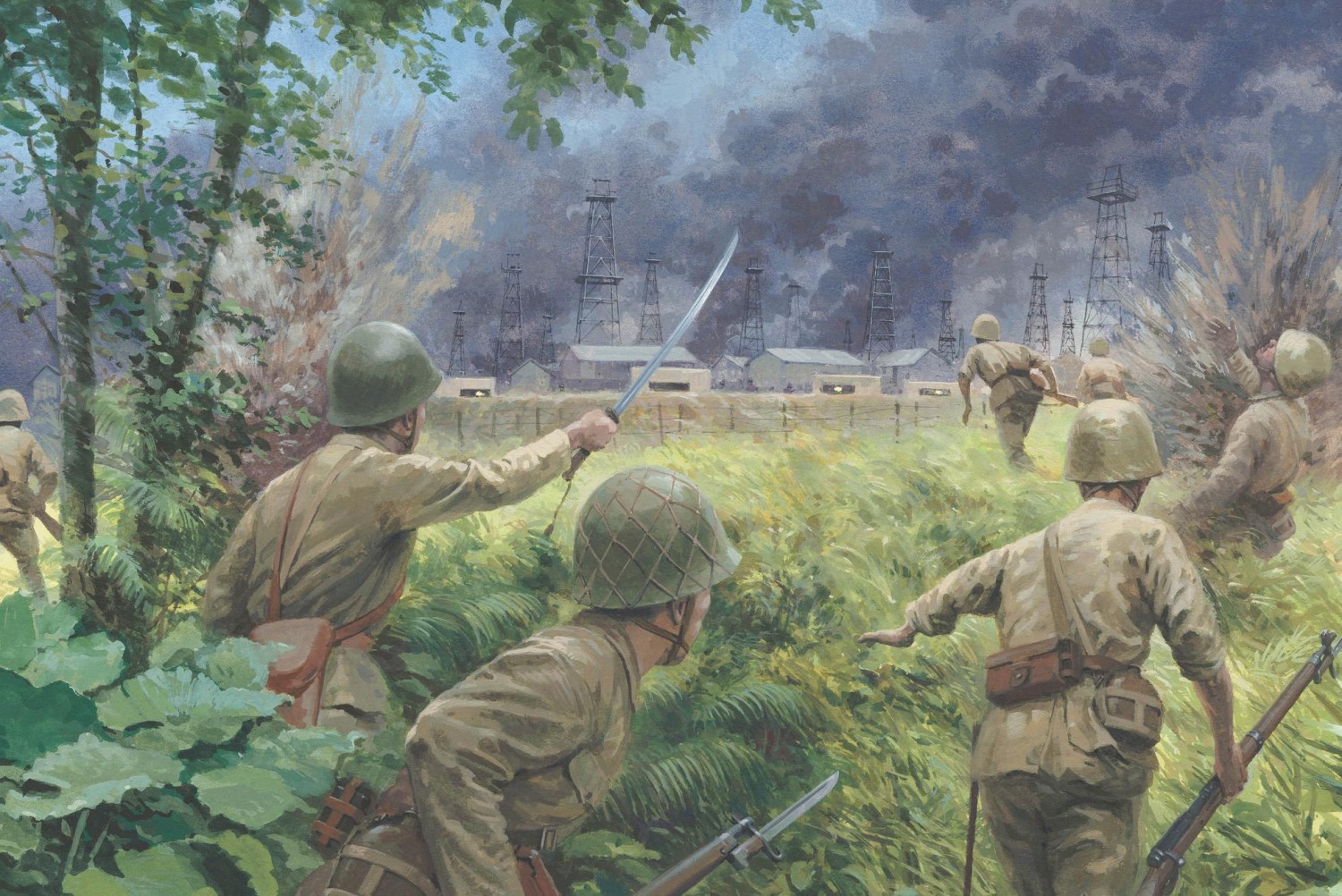 This illustration, requested by BigSmoke, depicts the events on 11 January 1942 when the Sakaguchi Detachment and the 2nd Kure SLF began their amphibious attack on Tarakan. Here we see the Japanese infantry attack on Strongpoint No. 10. In the background oil-drilling towers can be seen. Strongpoint 10 was under the command of Sergeant Terbrugge. Each strongpoint consisted of six concrete pillboxes: one command post with observation post, four pillboxes for the MGs and a reserve position for one of the automatic weapons in the rear. Each pillbox had room for two men. The other troops (ammunition handlers) were in trenches protected by an earth rampart. The MMG provided flanking fire. The two LMGs gave frontal protection. The strongpoints were protected by a double barbed-wire obstacle approximately 30m in front of the pillboxes. The whole position was protected by a double wire obstacle 40–50m to its front. All obstacles were covered by flanking fire from the MGs. The fields of fire were hindered by the fast-growing tropical vegetation. The Japanese advance was halted by mortar and 7.5cm artillery fire, and intense NEI small-arms fire. Around 1000hrs, Strongpoint 10 was finally captured after Sergeant Terbrugge was killed and the rest of the defenders withdrew.

NVG 297: US Navy Frigates of the Cold War by Mark Stille
Artwork by Paul Wright 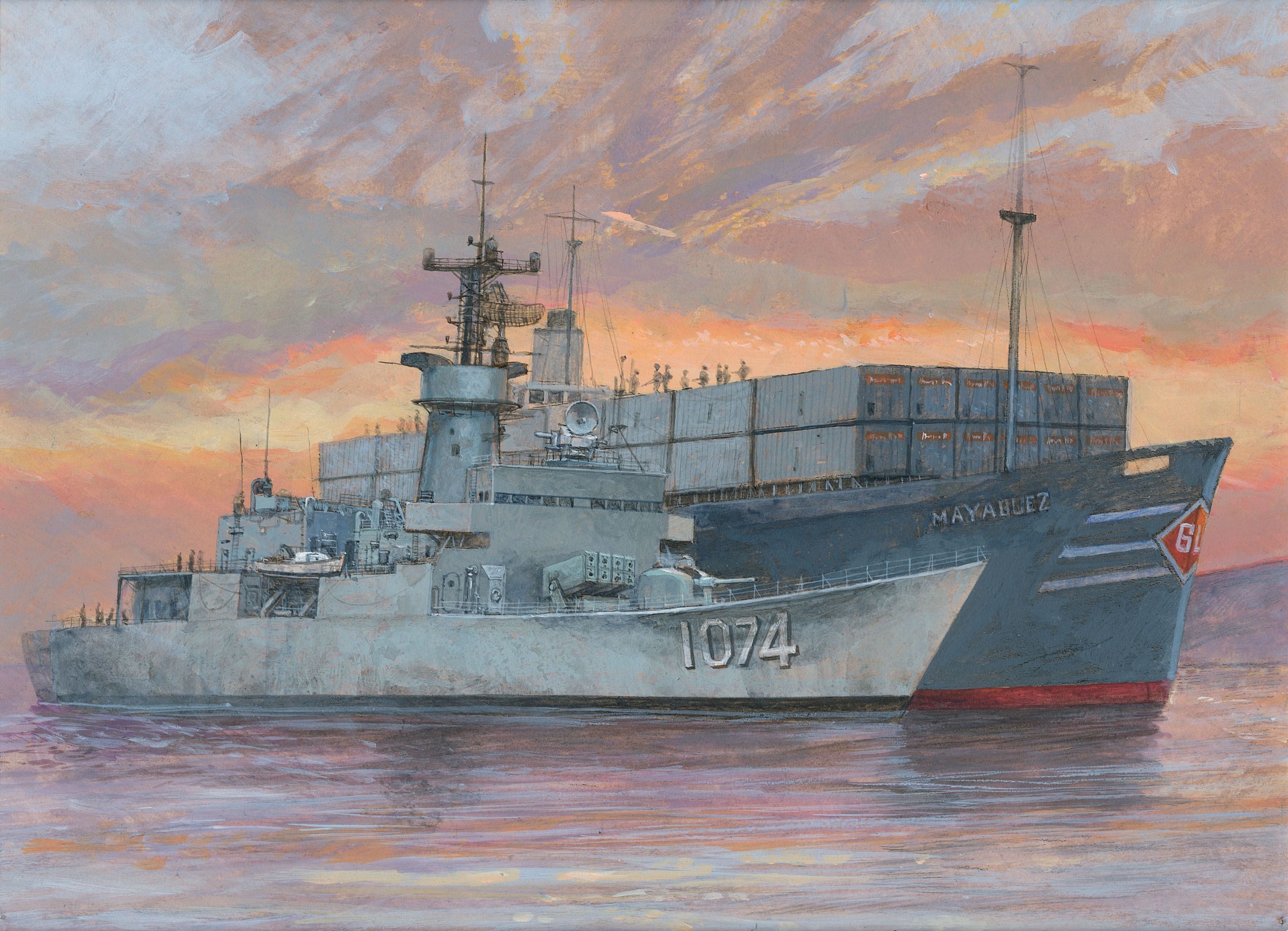 On 12 May 1975, two Cambodian patrol boats approached the US-flag container ship Mayaguez, firing rockets and .50-caliber machine-gun rounds across its bow and down its sides. The ship was soon boarded by the Khmer Rouge and the crew of 40 captured. The American reaction was immediate. Fearful of what the Khmer Rouge would do with the crew, it was quickly decided to mount a rescue operation. The Knox-class frigate Harold E. Holt was the first ship to reach the Gulf of Thailand. On 14 May, an operation to save the ship and its crew was approved. To recapture the ship, it was decided to mount a boarding party from Holt. To get the boarding party Marines aboard the frigate, large HH-53C helicopters had to land on the frigate's flight deck intended only for the small SH-2 helicopter. The huge helicopters set their front landing gear on the flight deck and the 48 Marines exited from the front crew doors. At 0725hrs on 15 May, the boarding party leapt from Holt to find the Mayaguez abandoned. Holt towed the container ship clear of the area. This scene shows Holt coming alongside Mayaguez with boarding operations about to begin. 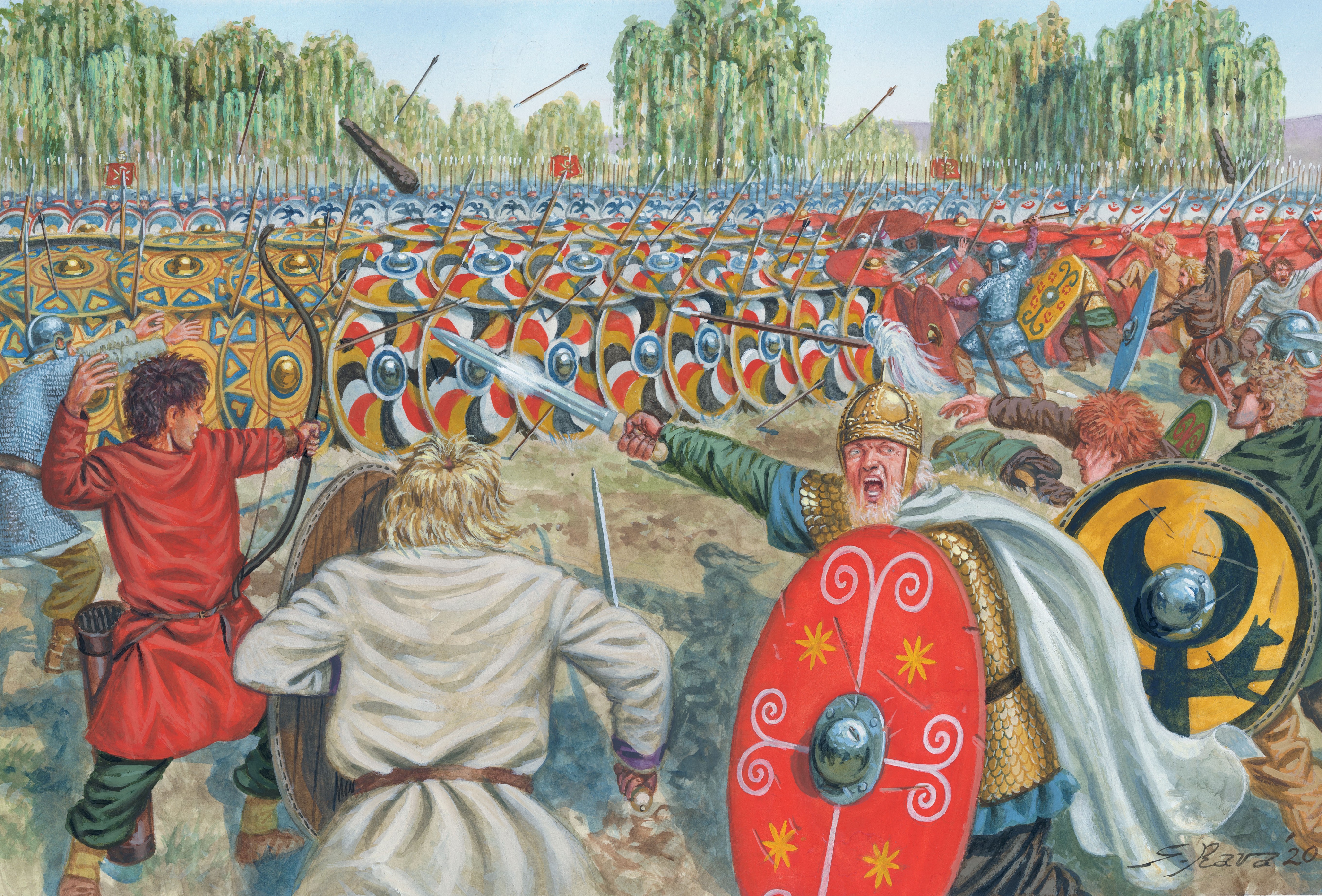 The final plate, requested by KAL9000, depicts the battle of the Willows. The Romans, commanded by the Frank Richomeres, have advanced their combined forces of Western and Eastern Roman troops towards the town of Ad Salices (‘by the willows’), where the Goths have drawn up their circular wagon laager. Despite the Goths’ superior numbers, the Romans have joined battle early on an August morning. The Romans have formed into a defensive testudo formation, locking their shields together to withstand the many missiles of the Goths. Having occupied a small hill to give impetus to their charge, the Goths assail the testudo with missiles of all kinds, including huge clubs hurled to break the shield-wall formation, shouting slogans as they do so. On their right they have managed to reach the testudo and are striving to pull the formation apart with their bare hands, killing the Romans there with spathae and axes. A reserve of Roman infantry moves to this point of crisis in the testudo.