In today's blog post, we're looking at three fantastic pieces of artwork from three of our July 2021 titles. Let us know what you think in the comments section and, if you would like to see any artwork from any of our August titles, be sure to mention that too! 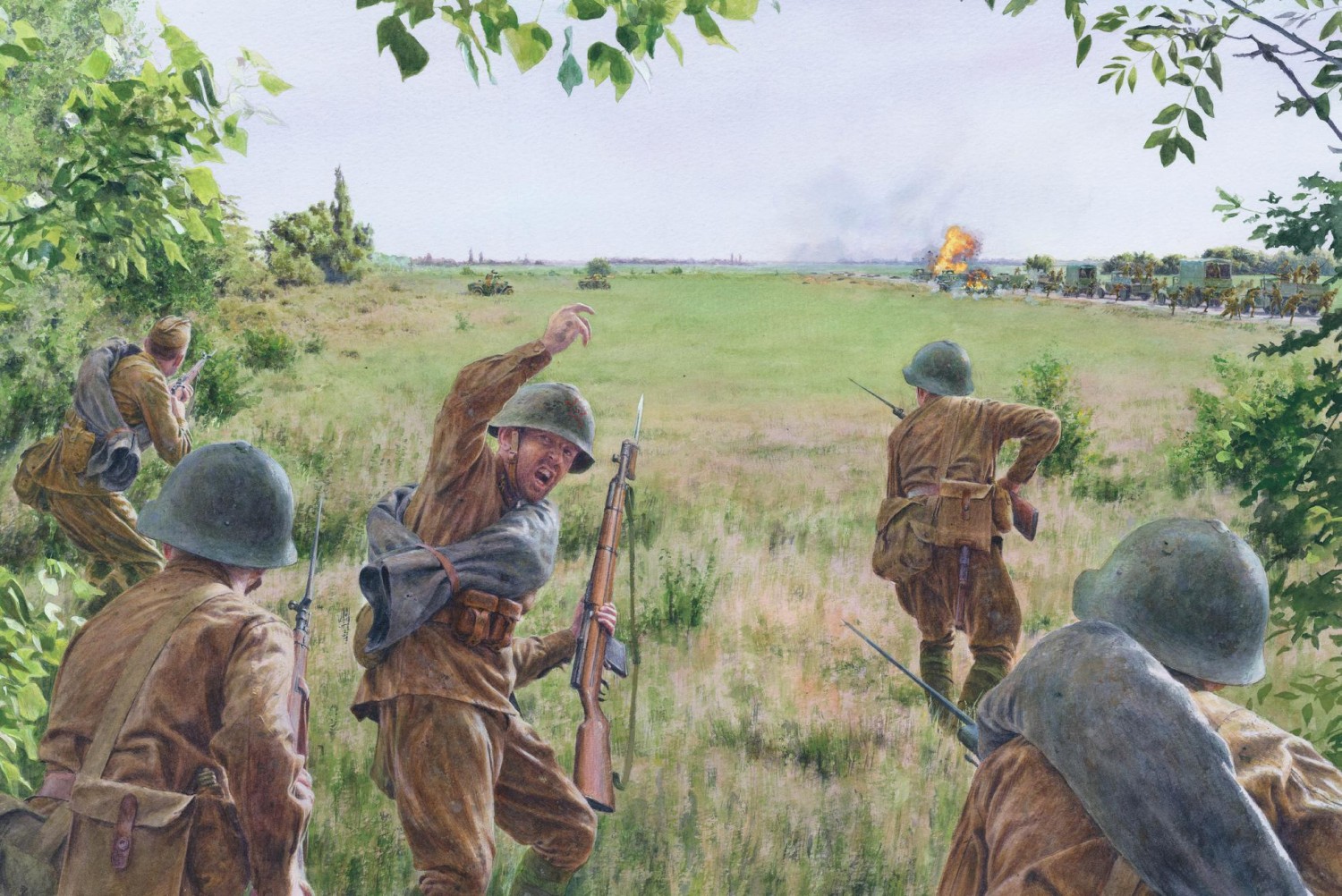 On 5 August 1941, roughly 4,000 Soviet soldiers broke through the Axis lines and headed towards the Hungarian 1st Cavalry Brigade. A Hungarian reconnaissance patrol led by Ensign László Merész of the 1st Armoured Cavalry Battalion was ordered on 6 August to locate the enemy. At about 1000hrs, three Red Army cavalry squadrons bumped into the Hungarian 39M Csaba armoured cars, with deadly consequences for the horsemen and their mounts. Roughly an hour later, a Soviet motor column heading south was ambushed by the Hungarian armoured cars, which opened fire at close range. The first Soviet truck was halted by direct hits; the following vehicles ran into the first one. South of the road, about two companies of Soviet infantry advance from the woods. Armed with Mosin-Nagant rifles with fixed bayonets, the riflemen wear SSh-39 helmets and the usual Soviet kit, with knee-length boots. An NCO is trying to rally his men; he is armed with an SVT-38 semi-automatic rifle and wears the appropriate magazine pouches. 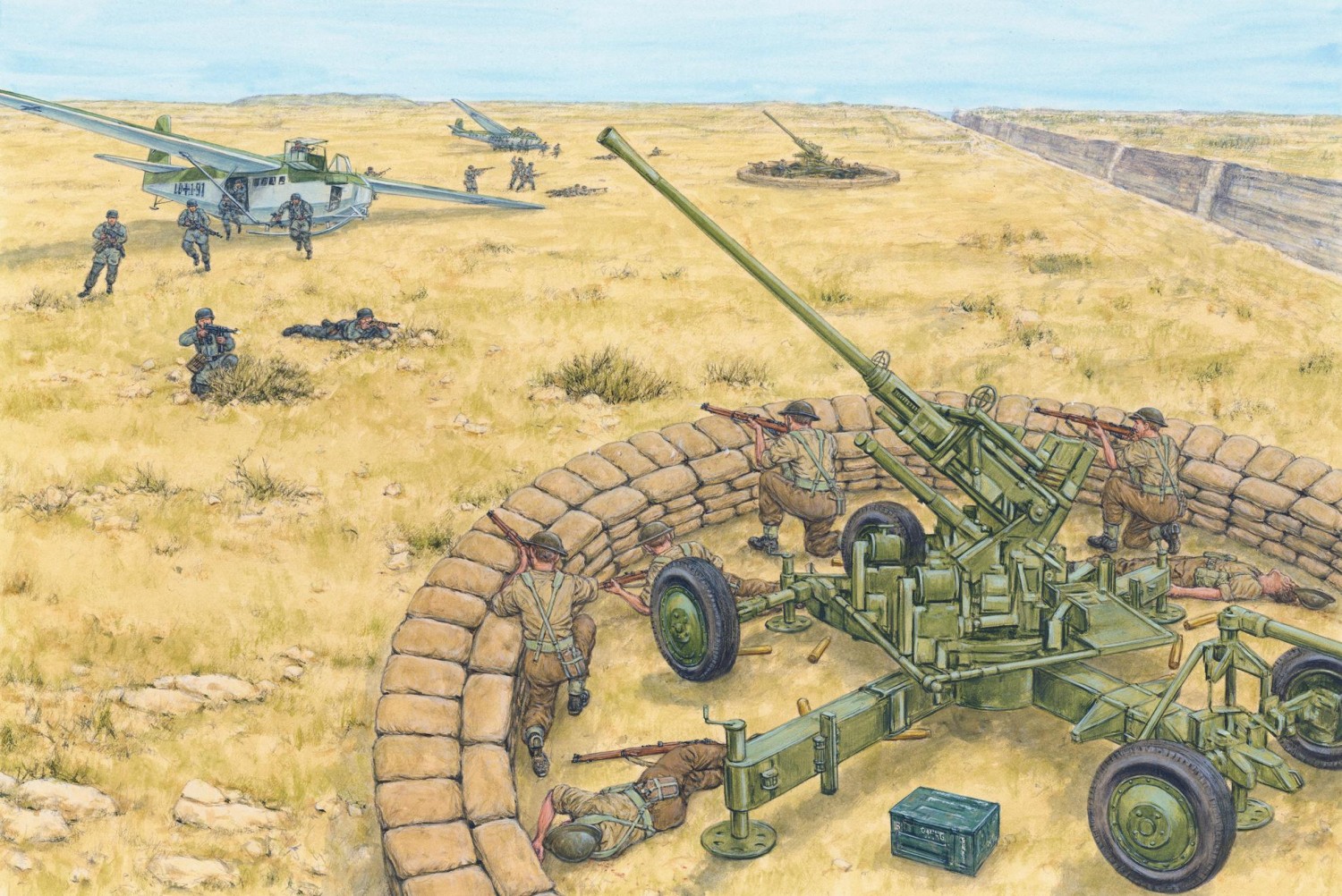 This next image, requested by PAUL W and AdamC, depicts the Fallschirmjäger attack at the Corinth Canal on 26 April 1941. Nine DFS 230 gliders landed close to the bridge over the Corinth Canal, carrying about 70 Fallschirmjäger (paratroopers) selected from both Leutnant Häffner's Pionier-Zug (engineer platoon) and 6.Kompanie of Fallschirmjäger-Regiment 2, led by Leutnant Teusen. Although one of the gliders crashed against the bridge's pier, within about ten minutes they had silenced the Allied anti-aircraft guns near the bridge, which was seized intact. The glider landing caught the men of Isthmus Force by surprise; this unit was mainly composed of men from the New Zealand 19th Battalion and from C Squadron of the Divisional Cavalry, along with the 40mm Bofors anti-aircraft guns deployed to defend the bridge. These troops were swiftly overwhelmed by the Fallschirmjäger, their crews only able to use their personal weapons. 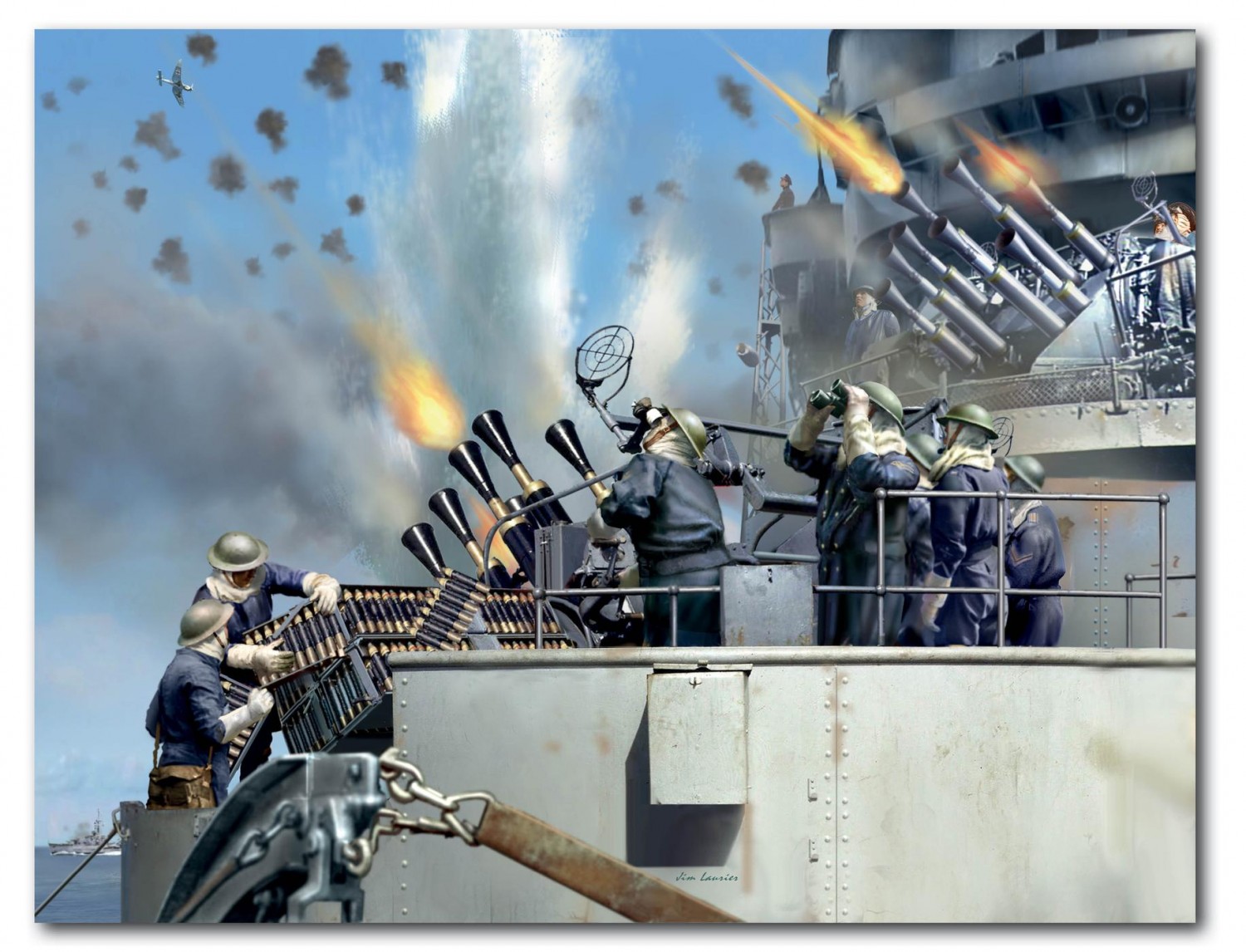 This last image, requested by GI Gene, depicts the crew of one of the six eight‑barrelled two‑pounder pom‑poms on board Indomitable working frantically to bring their guns to bear on a Ju 87 from Major Herbert Spangenberg's I./StG 3 as it dives towards the carrier moments after the 500kg bomb from another Stuka strikes the waters close by. This action took place north of the Tunisian coast on 12 August 1942 during Operation Pedestal when the Gruppe sent 12 Ju 87s to attack the Royal Navy convoy. They scored two direct hits on the carrier and three near misses, leaving its flightdeck inoperable. Two Ju 87s failed to return to their base at Trapani.