Today marks the official launch of Imperium: Classics & Imperium: Legends, our new civilisation deck-building games from designers Nigel Buckle and David Turczi. We are proud to be sharing these innovative new games with the community and we cannot wait for you to battle the sixteen civilisations against one another head-to-head. With each faction telling a unique story though its gameplay, Imperium has so much for gamers to explore. 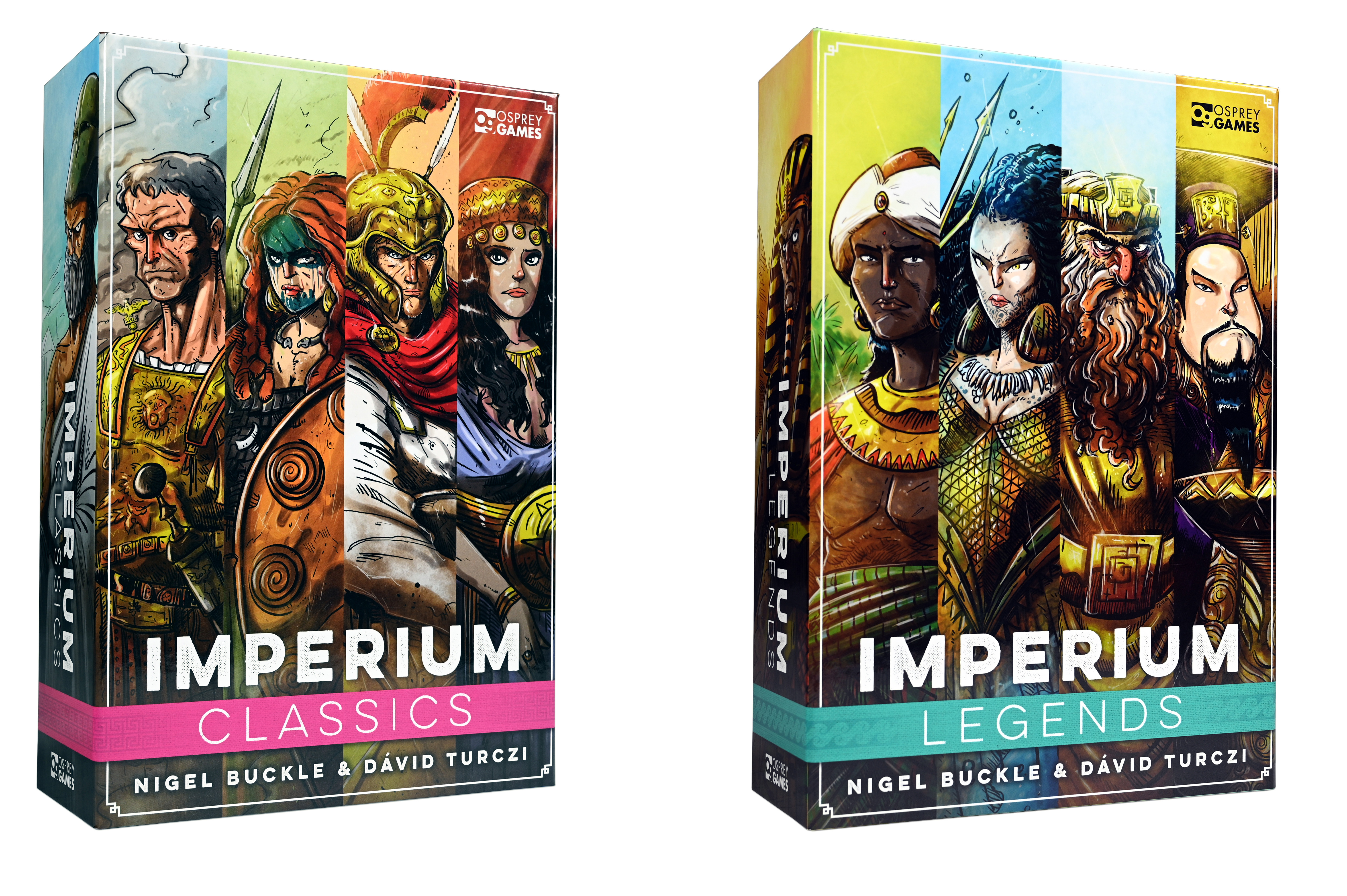 “Imperium has been a long time in the making; I hope gamers will get enjoy it, now it is finally here. Maybe some will even feel inspired to look into the ancient civilisations featured in the game.”
– Nigel Buckle

“When I first laid my eyes on Nigel's design almost 4 years ago, I knew this was a special step in the evolution of thematically integrated deck-builders. I hope my name will make more people try out Nigel's amazing designs and everyone will appreciate all the little "Turczi-touches" I snuck in to make the subtle interaction and the choices it provides ever more relevant.”
– David Turczi 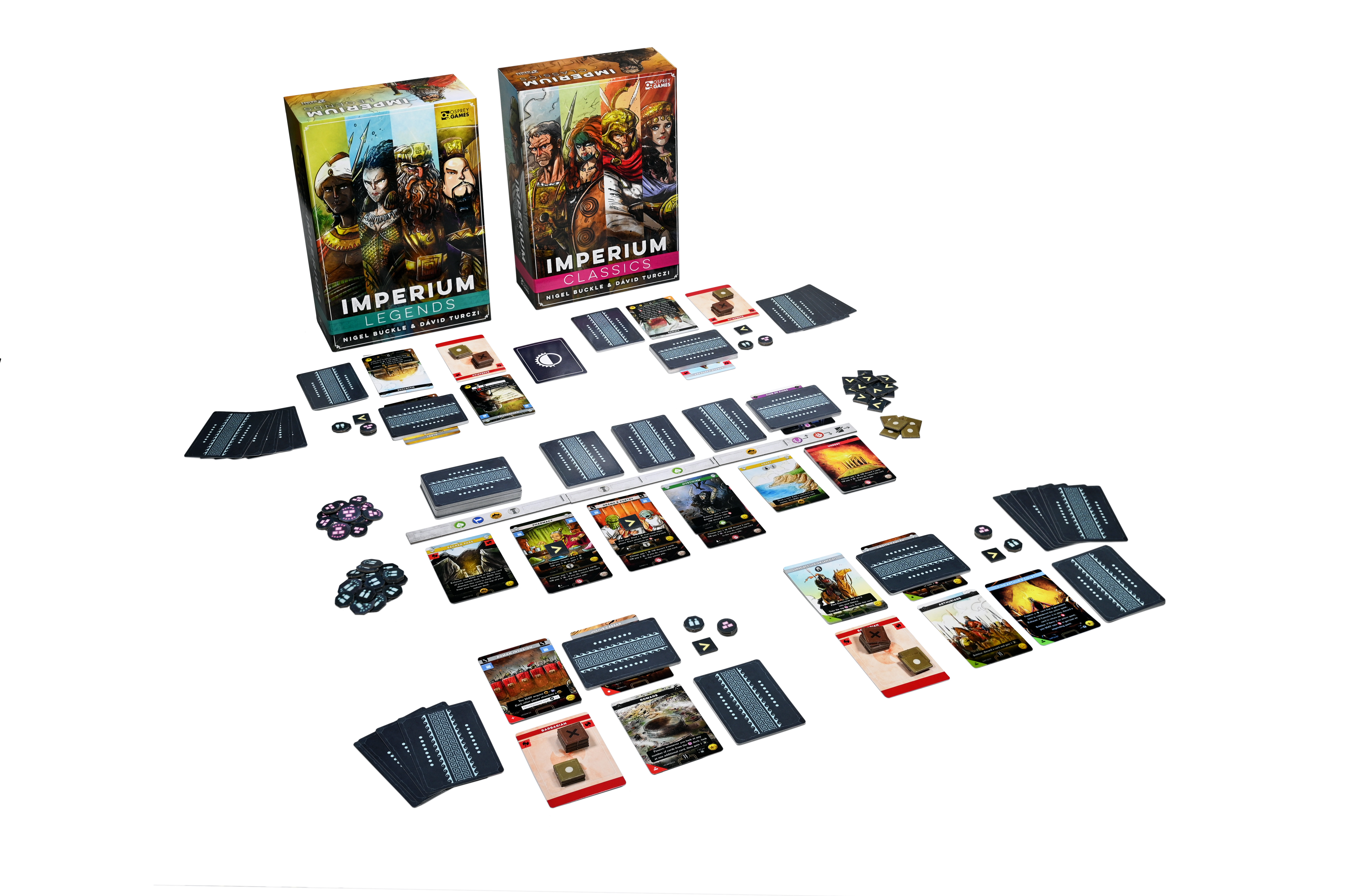 In your hands lies the destiny of one of history's great civilizations. Under constant threat of attack, you must conquer new lands, oversee dramatic scientific and cultural advances, and lead your people into the era of empire. Expand too rapidly, and unrest will bring your civilization to its knees; build up too slowly, however, and you might find yourself a mere footnote of history. As one of sixteen radically asymmetric civilizations, you will compete to become the most dominant empire the world has ever seen.

Imperium: Classics is a standalone game that contains the Carthaginian, Celt, Greek, Macedonian, Persian, Roman, Scythian, and Viking civilizations, each of which can be played against solo. It is fully compatible with Imperium: Legends for players wanting to expand their pool of civilizations even further.

Imperium: Legends is a standalone game that contains the three most challenging civilisations in Imperium - the Arthurians, Utopians, and Atlantians - as well as the Egyptians, Mauryan, Minoan, Olmec, and Qin civilisations, each of which can be played against solo. It is fully compatible with Imperium: Classics for players wanting to expand their pool of civilisations even further. 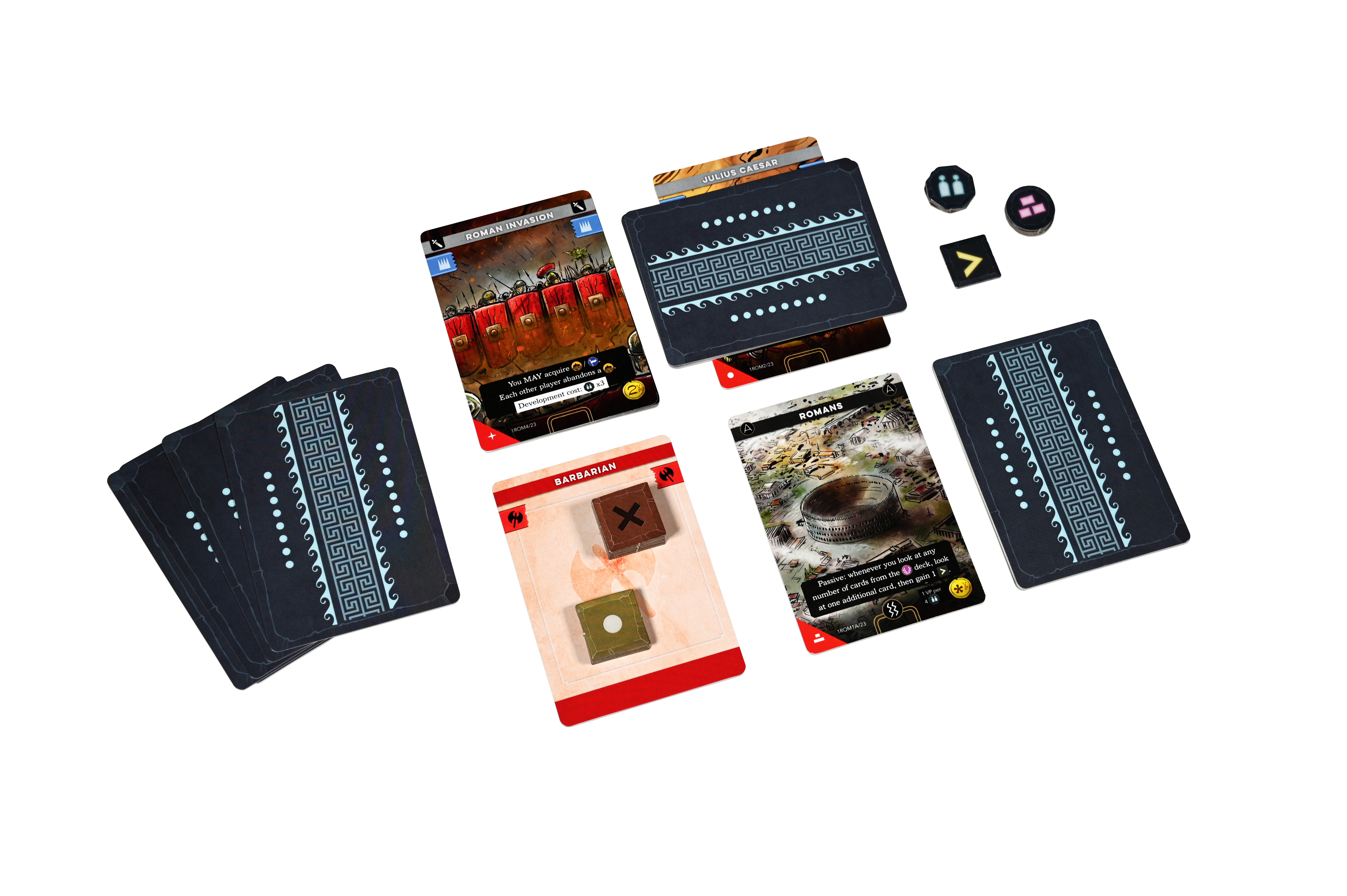 There’s so much to explore each box of Imperium, from the ancient civilisations, to the deep mechanics which have so much rich replayability. We have rounded up some of the best blogs and videos about the game. So join us on our card-game odyssey…

Curious as to what you’ll find in each box of Imperium? Our friends over at ThinkerThemer have made a fantastic unboxing video to explain more.

Do you want to learn how to play Imperium? JonGetsGames has you covered!  Watch his helpful tutorial for everything you need to get started.

Imperium features an innovative solo campaign. Discover its rich gameplay over on Gaming Rules! With Paul Grogan from his live stream (with the designers in the chat!).

Learn more about the game design of Imperium over on Nigel Buckle’s design blogs (published each week!) here

Each box of Imperium contains 8 civilisations with unique playstyles and features. Read more about the intricacies on our Civilisation Spotlight series: