Today on the blog we’re looking at the Ancient Macedonians. In the 4th Century BCE, they briefly became the largest empire in the world under the reign of Alexander the Great, stretching from Greece to India. As we state in the rulebook, the Minoans, the Greeks and the Macedonians all represent different, and sometimes overlapping, subgroups of Ancient Greeks. 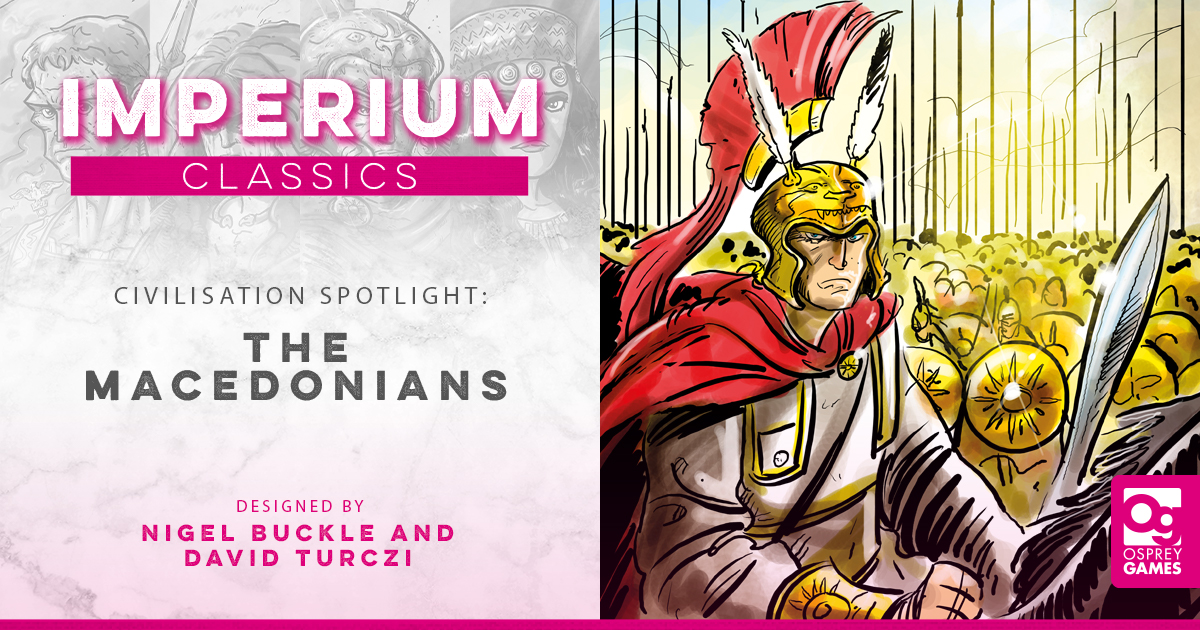 Leaders feature in most of the civilisations in Imperium, but they are most important to Macedonia. The first leader is Phillip II who unified Macedonia, and his card gives you the flexibility to acquire any card from the market. Depending on the cards available, this can be a launch point for your entire strategy.

Your second leader is Alexander, who as your accession card marks you moving to becoming an empire. Playing Alexander allows you to break through for a tributary or a region and draw a card. As a hugely impactful historical character, he’s the only person to be featured twice in a civilisation’s deck! Once the first card is in your history, you can play Alexander the Great to acquire two regions, including cards that have been exiled from the market.

The final leader is Parmenion, who was Alexander’s Strategos (military general and Alexander’s second in command). The Parmenion card allows you to acquire a region or tributary and then immediately play it. As you see, all of these leaders are focused on flexibly expanding your empire, letting you collect high-scoring tributaries or the regions that are so useful for managing your deck and claiming Fame cards. 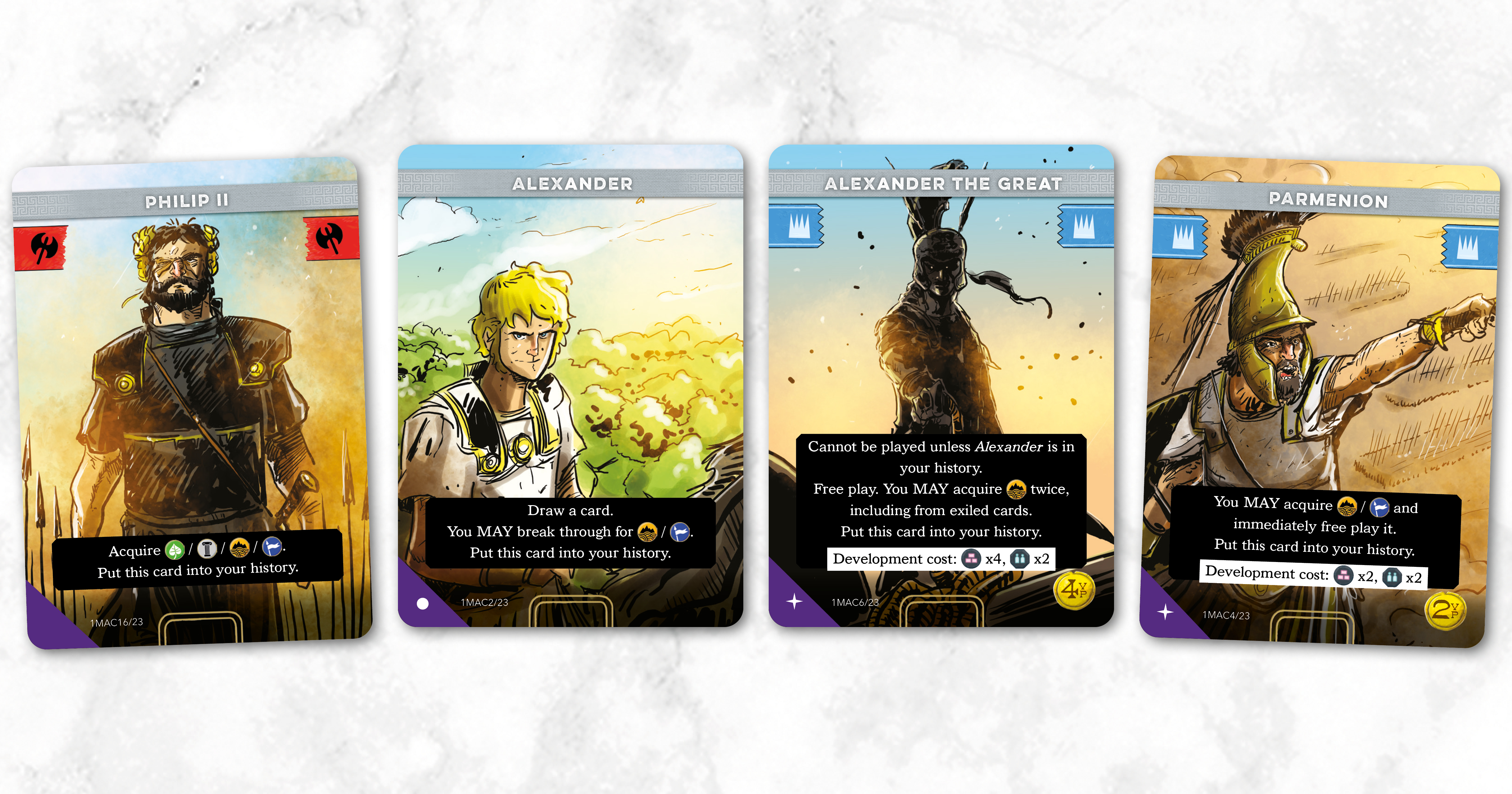 The expansion of the Macedonian Empire would not have been possible without the Macedonian Army, which is represented by two cards: the Phalanx and the Companion Cavalry. You want to get the Phalanx into play early as it has a unique power, allowing you to play region cards directly from your discard pile – which works particularly well when combined with the Macedonian power card’s A-side. The Companion Cavalry are an empire development, and they allow you to continue to play your Conquer cards (of which you have two copies) despite them having a barbarian icon, giving you another card that stays useful while hunting for high-scoring tributaries. 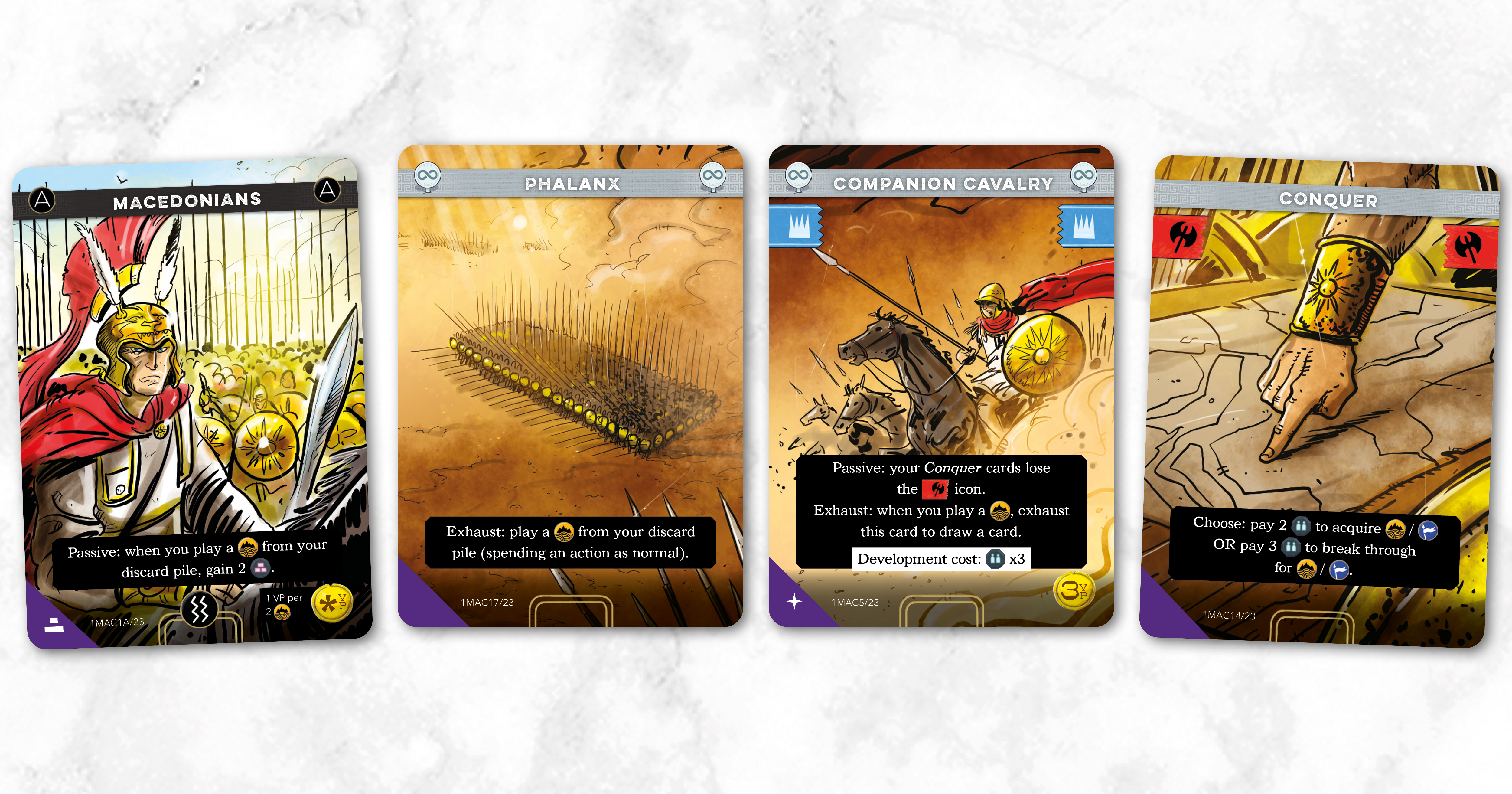 Read more about Imperium on our other spotlight blogs:
The Carthaginians
The Egyptians
The Persians
The Mauryans
The Celts
The Qin Dynasty
The Romans
The Minoans
The Olmecs
The Scythians
The Atlanteans
The Arthurians
The Vikings