Today on the blog we’re looking at the empire of Egypt, which lasted for three millennia. It is impossible to capture the depth and diversity of this culture in a deck of 23 cards, instead we have tried to highlight a few aspects. The Egyptians are one of the 8 civilisations included in Imperium: Legends. 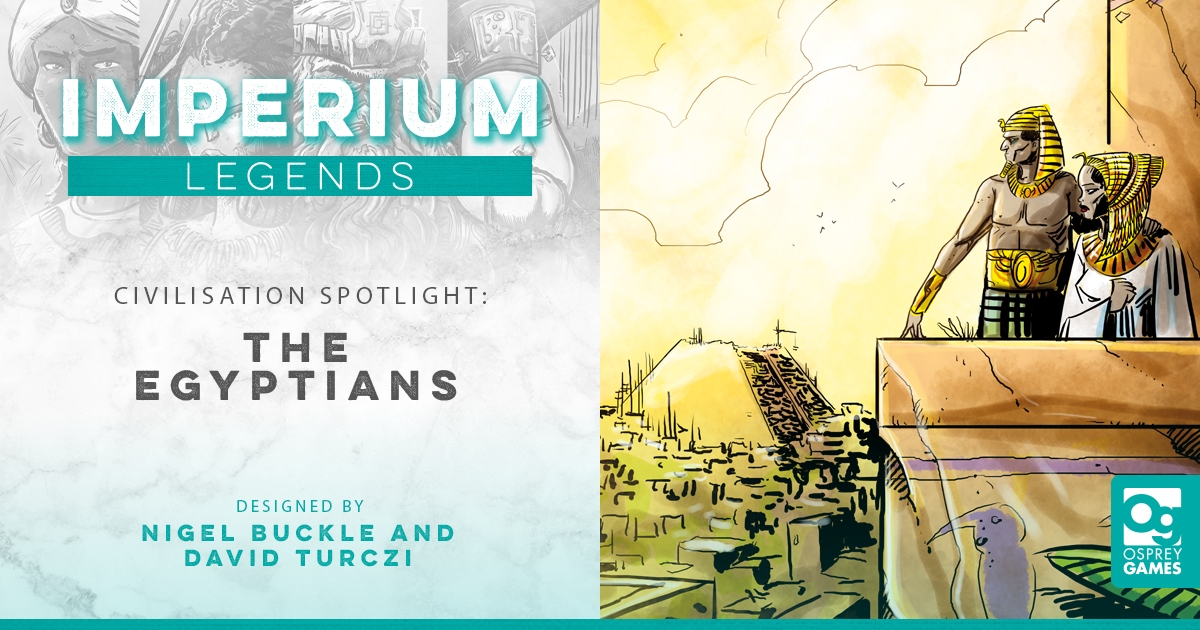 Egypt is dominated by the Nile and this mighty river features in the Egypt deck – both as two region cards (Nile Valley and Lower Nile) and a vital card Flood of the Nile. While you’re a young nation, the flood will bring you resources in a recurring fashion, as long as you control enough of the rivers of your land. Once you grow to be an Empire, the flood will allow you reprieve from the day-to-day labours, allowing you to acquire civilized cards

Becoming an Empire is represented with your ascension card Unification which is the political joining of upper and lower Egypt under the first king of the First Dynasty, Menes. 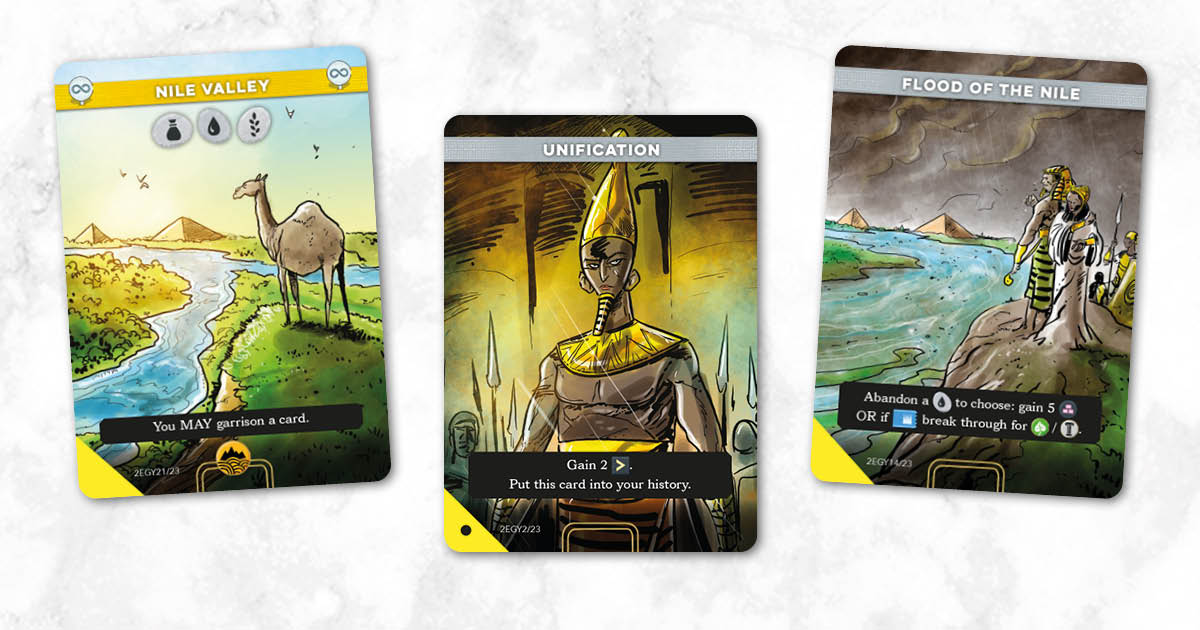 We are representing Egypt’s longevity as an Empire by the large number of development cards you get as Egypt. This also means you are likely to be looking inward and developing rather than acquiring a multitude of cards from the market. However, you should not ignore the market entirely, key cards especially water icons will help your strategy. Becoming an empire so early will leave you with some unplayable barbarian cards – you can utilise your Egyptian Hieroglyphics to move those unplayable cards into your history. Once an Empire you could develop Embalming for more opportunities to put cards into your history.

Egypt’s power card is interesting, you get a powerful effect using either the A or B side – we recommend new players use the B side of the power card and doing so with Egypt will give you a larger hand size which is a significant advantage. The A side of the card is more complicated, you can gain an extra action at great cost. Once an empire your A side power will also allow you to accelerate your development but great upheavals always demand more management from you.

You may think inviting unrest for these bonuses is a disaster – but Egypt has some of the best cards in the game for managing unrest, the Obelisk and the Pyramids. 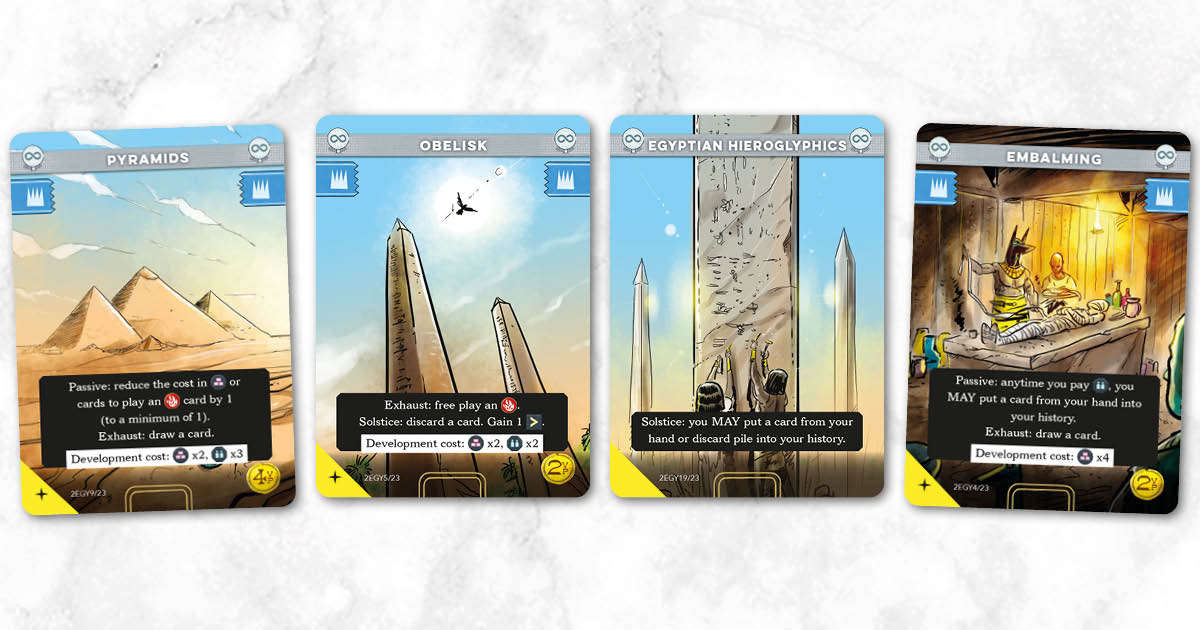 Read more about Imperium on our other spotlight blogs:
The Carthaginians
The Persians
The Mauryans
The Celts
The Qin Dynasty
The Romans
The Macedonians
The Minoans
The Olmecs
The Scythians
The Atlanteans
The Arthurians
The Vikings