In today's blog post, we're looking at three fantastic pieces of artwork from three of our December 2021 titles. Let us know what you think in the comments section and, if you would like to see any artwork from any of our January titles, be sure to mention that too! 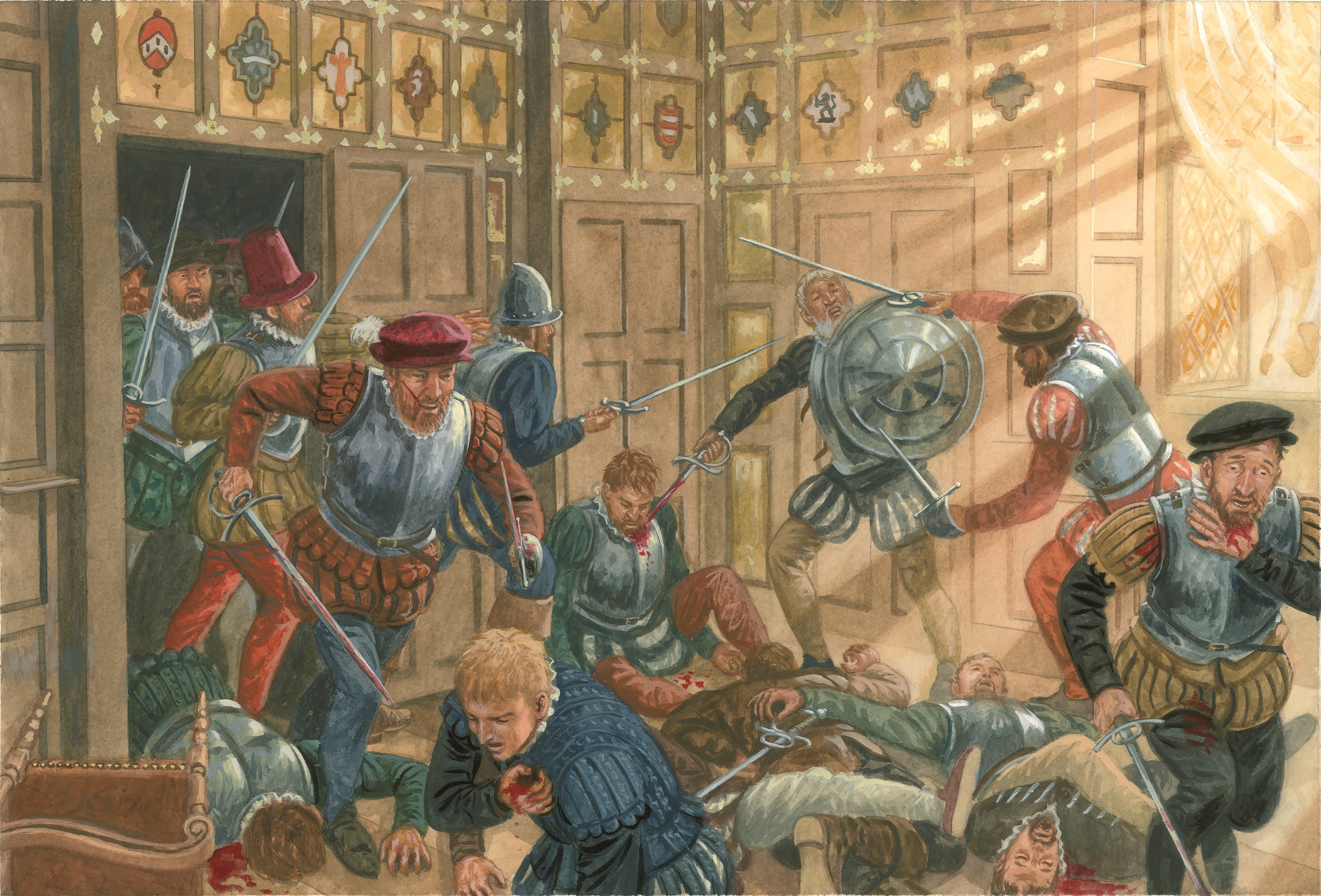 This piece of artwork, requested by Paul W, depicts the final moments of Francisco Pizarro, June 26, 1541. Unable to isolate him at mass or on the streets, the conspirators took the direct route on June 26, 1541 by storming his house while he was entertaining guests. There was nothing subtle about their approach as they paraded through the streets of Lima shouting “Down with the traitor and tyrant!” Pizarro was in counsel with the mayor Dr Juan Velázquez, his deputy Captain Francisco Chaves, and his half-brother Francisco Martín de Alcántara on the second floor when his native servants warned him of the danger. Pizarro ordered Chaves to bolt the door of the room while he and the others armed and armored themselves. Chaves instead sought to negotiate with the insurgents. According to López de Gómara, “his head was smitten off and his body went rolling down the stairs.” 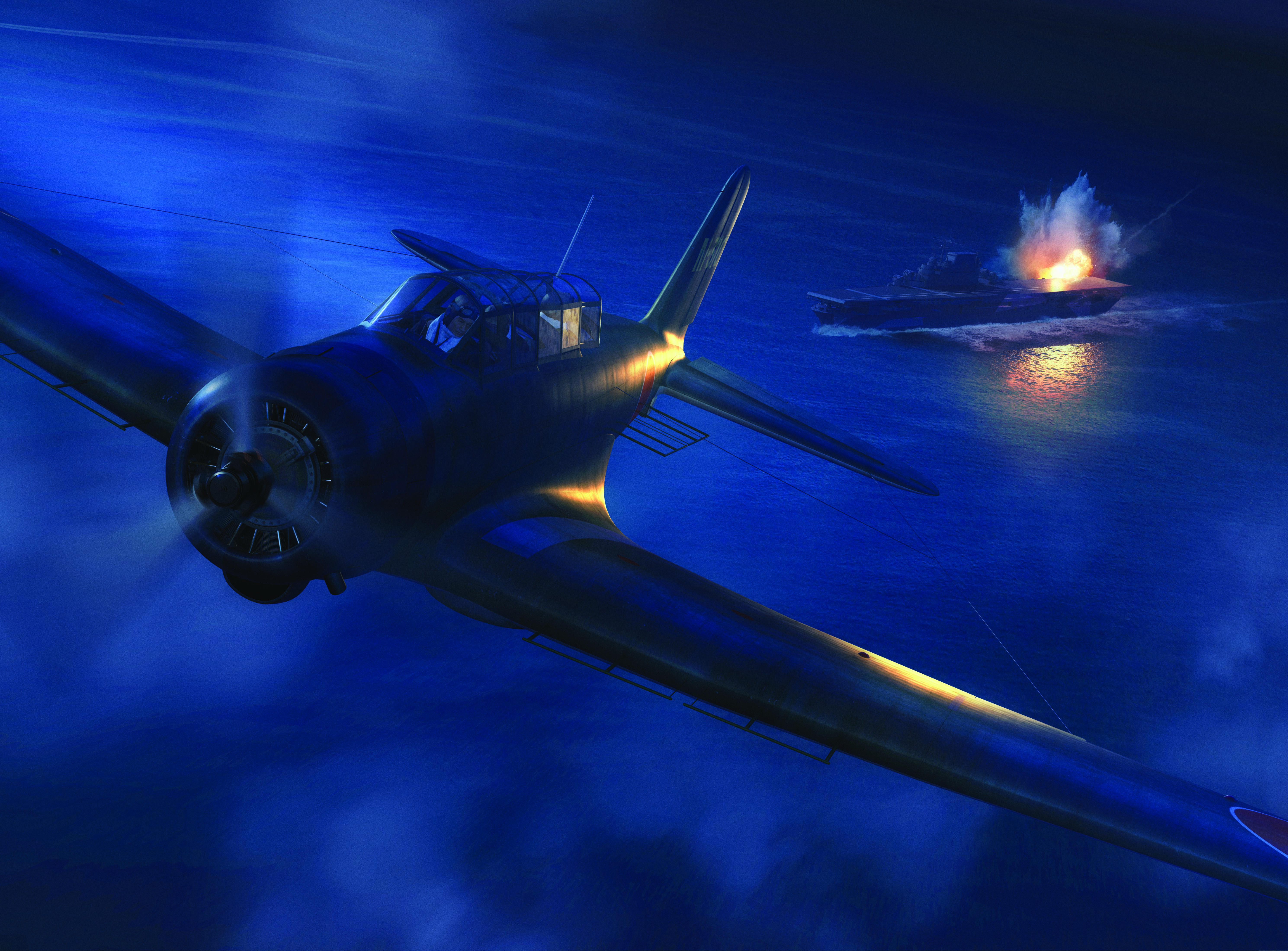 The next illustration shows the Imperial Japanese Navy revenge for the US Navy’s first day at Truk during the night of February 17–18. While Truk’s night fighters lacked air search radar, in February 1944 its air garrison included a number of Nakajima B5N torpedo bombers equipped with ground search radar. After sunset on February 17, six or seven of these radarequipped aircraft, codenamed Kate by the United States Navy, were launched from Param Airfield, Truk’s bomber field. Each B5N was armed with a torpedo. The 45cm diameter Japanese aerial torpedoes were smaller than the famous 61cm “Long Lance” torpedoes carried on surface warships. They were deadly ship-killers regardless of that. They had sunk the British battleship Prince of Wales and battlecruiser Repulse, and contributed to the sinking of three US aircraft carriers: the Lexington, Yorktown, and Hornet.

DUE 116; B-25 Mitchell  vs Japanese Destroyer by Mark Lardas 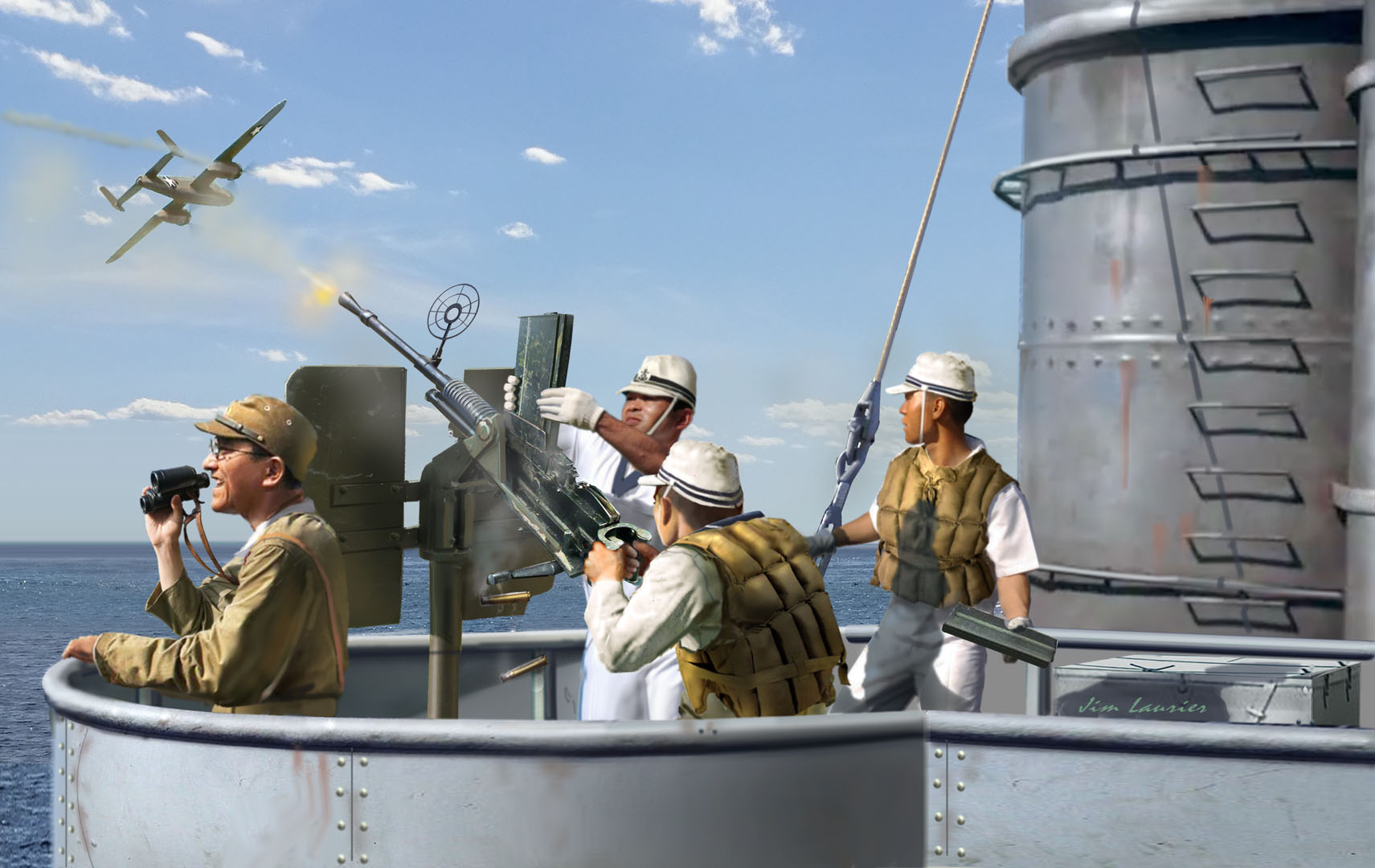 Our final piece in the December reveal shows the IJN mounted two types of light antiaircraft weapons on their destroyers in the form of the Type 96 Model 1 25mm 60‑cal. cannon and the Type 93 Model 1933 13mm 0.52‑cal. machine gun. Both were simple, reliable, and rugged weapons. They were well suited to knocking down the aircraft of the early 1930s, when procurement began. In the years between the decision to purchase them and the start of the Pacific War, aircraft had grown in size and become faster. Slow canvas‑and‑wood biplanes had been replaced by fast aluminum monoplanes, which meant the 13mm machine gun lacked sufficient weight‑of‑fire to be an effective ship‑mounted antiaircraft weapon.