Following in his tradition of subtle and deep area control games (The King is Dead and Wir sind das Volk!), we're proud to announce the arrival of Peer Sylvester's Brian Boru: High King of Ireland. From marrying into powerful local families to repelling formidable Viking invasions, this trick-taking game will keep players coming back to explore all the nuances and intricacies of ruling in 10th century Ireland.

Game designer Peer Sylvester said “This game started when I asked the question ‘what if every card played in a trick-taking game let you take an action?’ Doing so would mean you would always feel the tension between playing a card to win the trick and a card that let you take the action you want on the board. If you were then disqualified from the board actions when you won a trick, that would only amplify this tension – and that’s how Brian Boru came to be. I like making games about parts of history that are well known within a country but largely unknown beyond it, and Brian Boru – as a high king of Ireland and an Irish folk hero – is a great example of that. Since he unified the Irish clans through political marriages, fighting off the Vikings, and forging close ties with the church, it was natural to use tie these things to card suits. This marriage of theme and mechanics makes for a highly thematic and interactive eurogame.”

“Peer Sylvester is a master of giving players difficult decisions through a simple ruleset, and Brian Boru is no exception,” adds Senior Games Developer Filip Hartelius. “Not only do you need to work out which tricks you want to win and which you want to lose, you’ll also want to make sure you do it with the right cards. And that’s all before the other players come into the picture! Altogether, this makes for a tense game that packs a punch.” 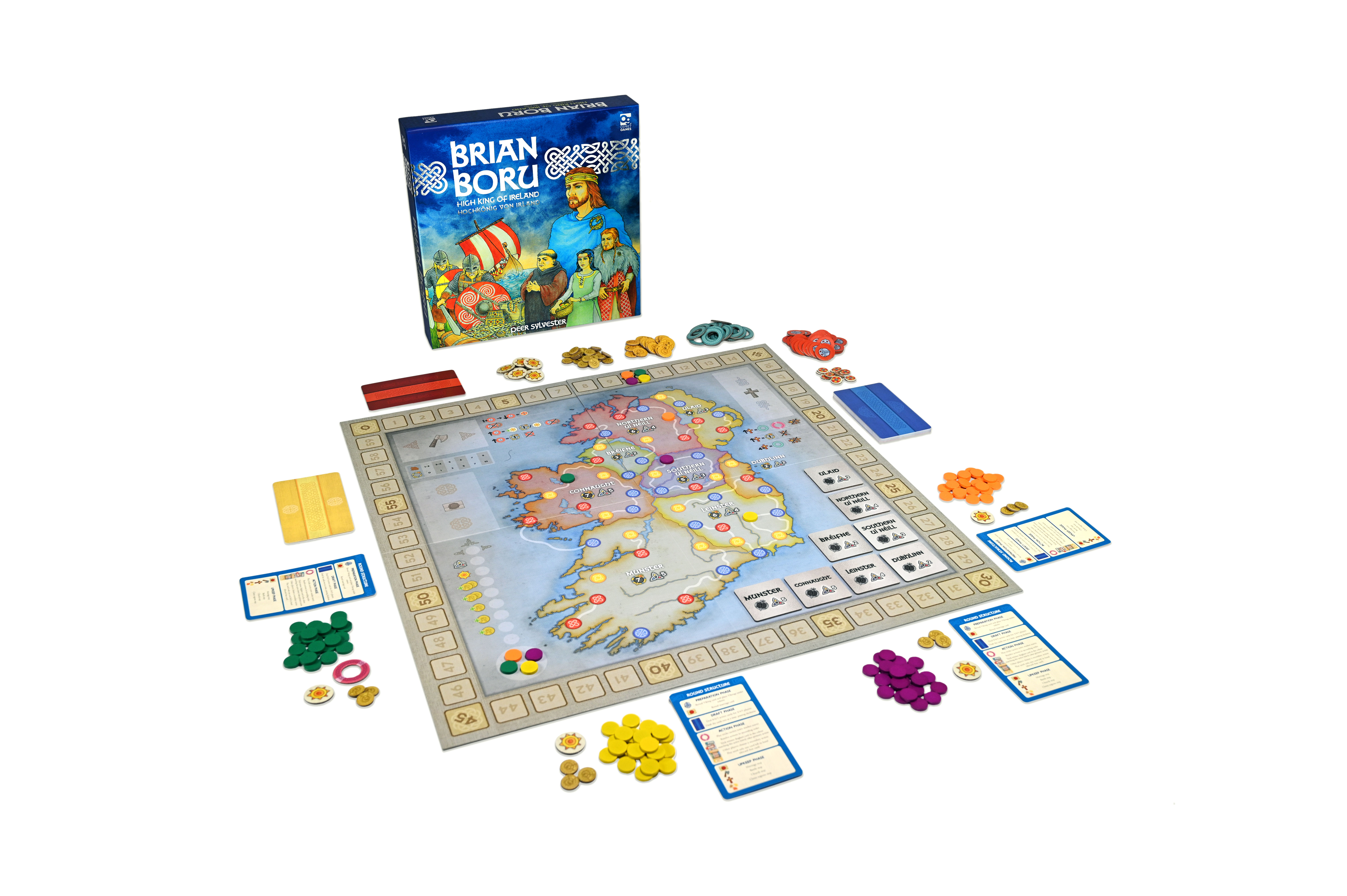 Ireland is awash with would-be kings, power-hungry pretenders, and self-professed rulers. The provinces are in disarray, and the common folk are paying the price. The land needs a leader.

In Brian Boru, players will strive to unite Ireland under their domain, securing control through might, cunning, and matrimony. Join forces to fend off Viking invaders, build monasteries to extend your influence, and gather support in towns and villages throughout the land. To become High King of all Ireland, you will need to navigate a web of shifting alliances, outmanoeuvre your enemies, and grab history by the reins.

Includes rules in English and German.

Are you ready to learn more?
Find out how to play Brian Boru with this excellent tutorial from Watch It Played...