After the historic D-Day landings comes the fight to liberate France and the rest of Occupied Europe. Bolt Action: Campaign: D-Day: British & Canadian Sectors, publishing in late January, focuses on the push inland from the Commonwealth beaches of Gold, Sword, and Juno culminating with the battle for Caen and the Falaise Pocket.

Later this month we're publishing the latest Campaign book for the award-winning World War II wargame Bolt Action, focussing on the British & Canadian sectors of D-Day. Over the next few weeks we'll be helping you prepare your forces, starting today with a spotlight on snipers. 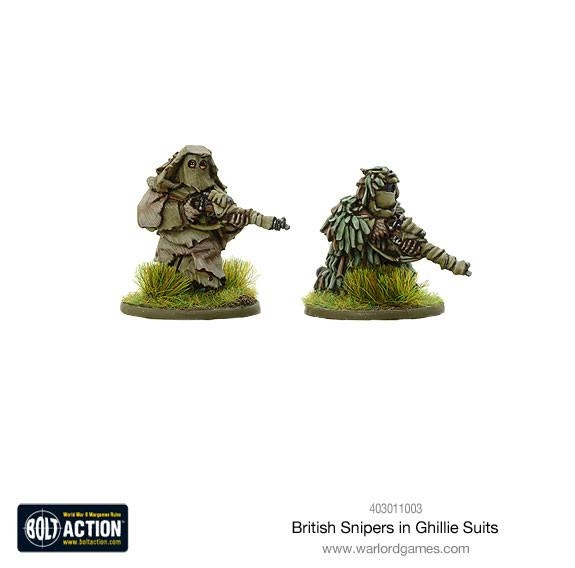 ONE SHOT, ONE KILL – SNIPERS IN NORMANDY

The idea of utilizing well-trained marksmen with accurate weapons was far from new by the outbreak of the Second World War. Specially selected for their marksmanship skills, patience, and sometimes their attitude towards killing, snipers equipped with accurate rifles and scopes were one of the terrors of No Man’s Land in the First World War.

By the time of the Normandy campaign in 1944, the role of the sniper had evolved but still shared many common traits with the shooters of the previous generation. In 1943 the British army allocated two snipers to each Rifle Company, although later on they became Battalion level assets. British snipers most commonly used the Lee-Enfield No. 4 Mk. 1 (T) rifle fitted with a telescopic sight. Allocated a specific sector in which to operate, sniper teams were free to choose their own locations and would typically leave their lines in the pre-dawn darkness to set up for the day, returning after nightfall. Their job was not only to cause as much disruption as possible to the enemy, but also gather intelligence and act as counter-snipers. 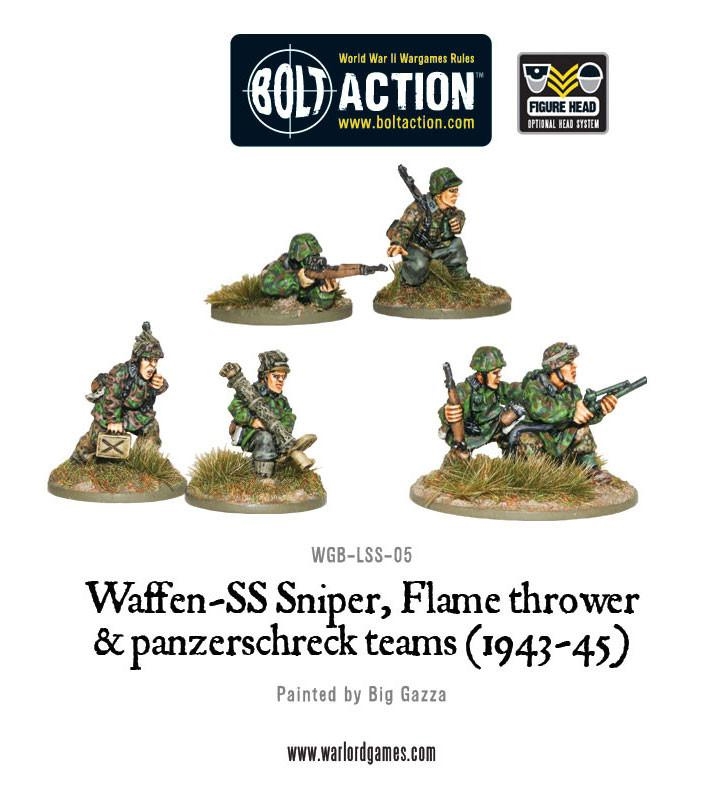 This last role was particularly important in Normandy due to the large number of snipers employed by the German army and the Waffen-SS. From the moment the first allied troops landed on the beaches of D-Day, they came under fire from German snipers. The Normandy countryside leant itself very well to the sniper, giving an abundance of opportunities for cover ranging from the thick bocage separating fields to the sad procession of dead cows and other animals left in the wake of allied bombing. Likewise, the ruined streets of Caen quickly became the home to German snipers, providing limitless options for setting up to engage enemy units.

For snipers of all sides, selecting the right target was as important a part of their job as accurate shooting and effective camouflage. Sometimes with the opportunity only to take a single shot, snipers aimed for individuals in leadership roles such as officers, NCOs, and radio operators. Many accounts also exist of snipers aiming for medical personnel. With the threat of snipers ever increasing, many allied soldiers took to removing their badges of rank to make them less conspicuous to enemy marksmen. There are some accounts of captured German snipers being interrogated and asked how, even with rank badges removed, they were still able to identify officers and NCOs; some replies claim that German snipers aimed for men with moustaches, as these were often grown by officers.

The effectiveness of snipers was perhaps the most profound on inexperienced units. When coming under fire from snipers, it was imperative to find cover that was out of the sniper’s line of sight to avoid being pinned in place. Many green units simply dove to the ground, where they were pinned and callously eliminated. The cold nature of the sniper’s job made him a very unpopular individual; there are many accounts of snipers being executed on capture, and just as many of snipers being shunned and socially outcast by soldiers of their own army. But, given one source citing that approximately 25,000 rounds were expended for every soldier killed during the Second World War, and that snipers eliminated targets with between 1.3 and 1.5 shots

During the advance through France after D-Day, 6 June 1944, Sgt Furness often moved ahead of British patrols to gather intelligence on enemy positions and deployment. Usually this required the construction of a suitable hide and patient hours of observing. However, on occasion targets of opportunity appeared that were important enough to risk giving away his presence. On this particular occasion a German staff car disgorged a number of officers with field glasses and maps, and one man in the centre caught his attention. Although the range was around 600yds, Furness fired a snap shot, downing the officer. All hell broke loose as the Germans opened up with every weapon they had, including mortars and 88mm guns, twice blowing the sniper from his slit trench. When the firing died down, despite being dazed and deafened, Harry Furness slipped from his hide and wormed back through the smoking craters to return to his lines and report. 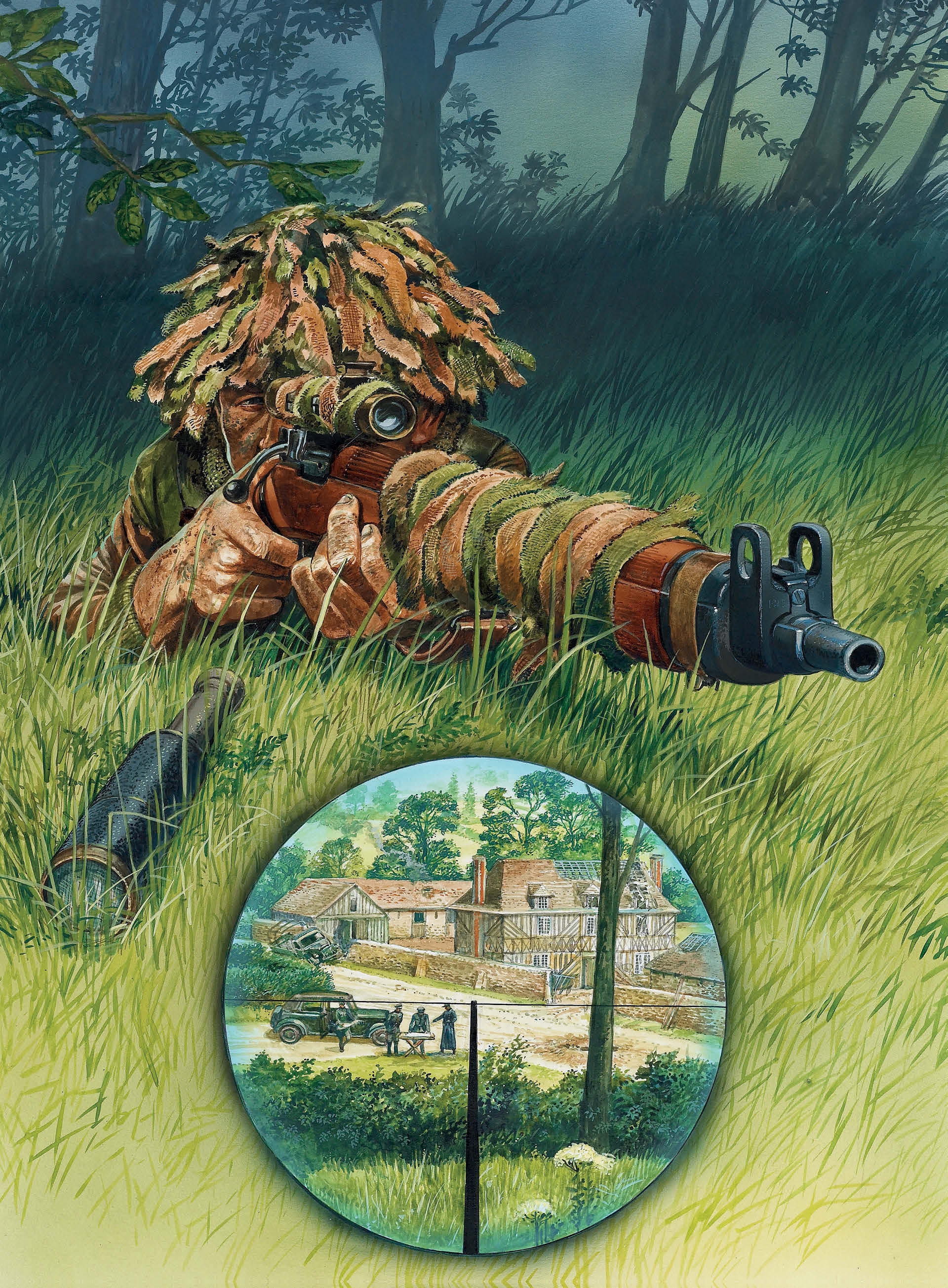 His Enfield No.4 (T) rifle was regarded by many as the best sniping rifle in use during the war, and as it was a particularly accurate rifle for longer ranges, a 600yd shot was not excessive. However, the sniper was dug in on a hillside so had to calculate not only the range and windage, but allow for the difference in bullet trajectory when firing from a high position. To do this with a split-second snap shot was extreme professionalism indeed.

Will you be making the use of Sniper teams in Bolt Action: Campaign: D-Day: British & Canadian Sectors? Order your copy today and get ready for battle!