In November, the Osprey Roleplaying line will be growing with the publication of Those Dark Places: Industrial Science-Fiction Roleplaying by Jonathan Hicks. Over the next few months Jonathan will be writing a series of blogs looking at the game, and you can find the latest here or over on his personal blog.

In this designer's blog I'd like to talk about my influences and what it was that helped inspire the idea that became Those Dark Places, as well as what kind of adventures the group can have out there.

My initial inspiration came from such movies such as Alien,Outland, Dark Star, Silent Running and even the Disney classic The Black Hole. These movies dealt with a theme I found fascinating; space is big, vast, and when you're out there you are - quite literally - on your own.

These movies dealt with different ideas and each one of them really helped me form my setting. Alien gave me some stunning visuals and the aesthetic and overall design I longed for, as well as the horror of the unknown. Outland gave me the fear of an indifferent company, much like Alien did, and what a person must do to fight against it, as well as deal with the claustophobic place they work in where hard-pressed workers could go off at any time. Dark Star gave me the awkward silliness of it all, the depressing idea that not only would you lose your way you'd lose your identity way out there in the deep black where sheer boredom and errant technology could do you in. Silent Running gave me desperation and hopelesness, where a mind might crack under the pressure of indifference and ignorance. Finally, The Black Hole gave me that sense of what a person might do to realise their ideals and their twisted dreams out where they feel there is no consequence, as well as what - and who - they'd sacrifice to get there. 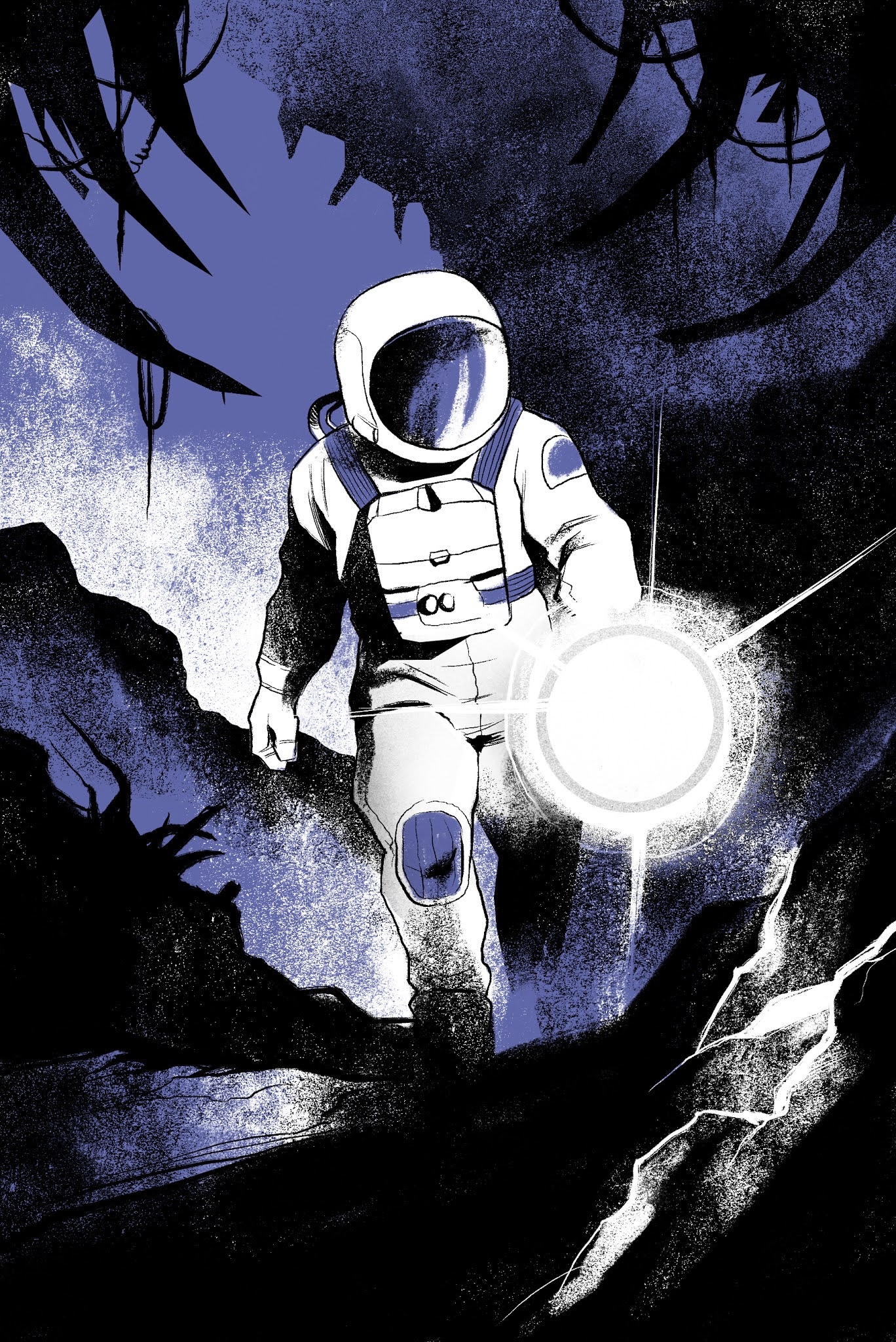 I was also inspired by computer games such as (obviously) Alien Isolation, Dead Space and Alien Breed Trilogy. While these games deal with monsters and body horror they, too, capture the feel I was looking for; starships and stations in the middle of nowhere where no help is coming, as well as twists and turns and the need for brains as well as brawn to get you through it.

All of these things helped create the setting of Those Dark Places and, while there is no definitive timeline or history to the backgrond, there is a definitive design idea behind it all - that the darkest reaches of space, where travellers are alone and surrounded by death, can be a physical and mental minefield, where old technology can be just as dangerous as vacuum and radiation because the machines that keep people alive are thousands of cheap, easily produced and replaceable parts built by the lowest bidder in a marketplace that puts profit ahead of everything else.

So, what kind adventures can a group have? Well, that's up to the group and what kind of mood they're in. There are plenty of adventure hooks in the game - Those Dark Places calls adventures 'Reports' - ranging from espionage to exploration to investigation. Although science fiction horror and thrillers influenced the game there are no direct stats and rules for the horrors in the dark - aliens, eldritch horrors, genetic monstrosities and the like - but there is absolutely nothing stopping GMs from including this kind of thing if they feel that the experience would suit their group. The system is so simple that statting such creatures would be easy.

This design decision was done on purpose; I originally designed the game with monsters and creatures involved but as I wrote I realised that there was no need for this. If I included these things then the unknown would be known and the players would anticipate these horrors, but if the choice of danger or foe was left in the hands of the GM then they would not know what to expect at all.

And that's something about Those Dark Places I wanted to make sure was prevalent - that sense of nervous anticipation, of the players not knowing what was coming and that unknown factor adding to the tension. It was why I added a level of success that was basically 'Yes, but...', so that the players knew that they had barely succeeded but that scrape might come back to bite them at some point... but when?

Excited to explore the darkness of space? Preorder your copy of Those Dark Places today!