In November, the Osprey Roleplaying line will be growing with the publication of Those Dark Places: Industrial Science-Fiction Roleplaying by Jonathan Hicks. Today on the blog author Jonathan Hicks is talking about character creation, you can read all about it here or on his personal blog.

Welcome to another designer's blog for my upcoming roleplaying game Those Dark Places. Today I wanted to talk about character creation in the game. Trust me, this is going to be a short blog entry.

Character creation can be as detailed or as simple as you want it to be. The majority of the decisions go into deciding what kind of person you want to play, their personalities and attitudes, and there are only three choices you need to make as far as abilities go:

Choose the scores for your four attributes CHARISMA, AGILITY, STRENGTH and EDUCATION. These are the number 1, 2, 3 and 4 - there's no rolling for scores or dividing up points. 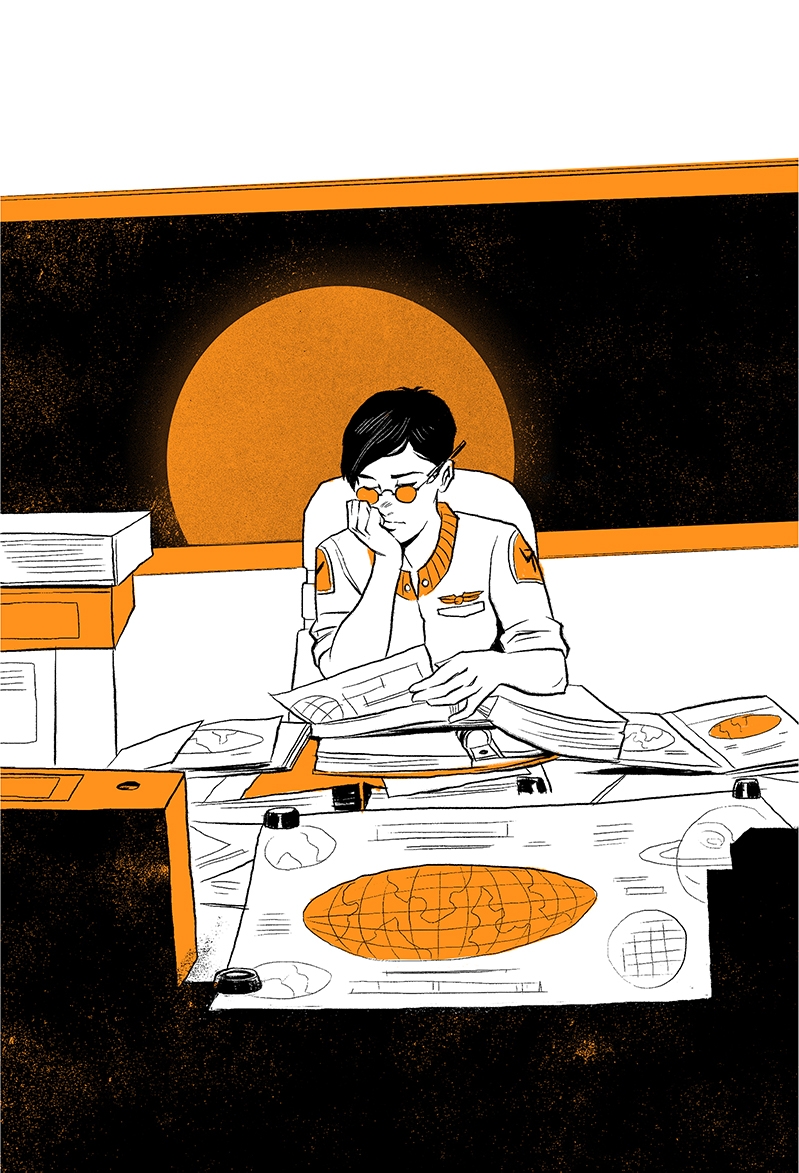 I ran a game of Those Dark Places for Gen Con 2020 recently and it lasted two hours. There were six players - who had never played the game before, nor knew anything about it - and they had all created characters within ten minutes, I spent five minutes explaining the rules and then we played. Character creation was incredibly simple because everyone has the same numbers to choose from and decisions to make regarding their position in the crew. Choosing the position not only gives them their abilites but it also gives them impetus, something to give them a purpose and helps define who they are as a character as well as their role in the group.

The Crew Positions (including such positions as Science Officer, Navigation Officer and Security Officer) are linked to certain attributes but there's no need to take any notice of that if you don't want to. Sure, you might want to be an engineer, but that doesn't mean you'll be any good at it, does it?

There are no skill lists, no long descriptions regarding how skills work or how they affect the game. When a roll is made the player/GM chooses the attribute that suits it best and then adds bonuses depending on the Crew Position and any relevant equipment. So, if the player decides to repair an engine they will have a bonus to the roll if they have the Engineer Officer Crew Position and maybe some other bonuses from relevant equipment.

Character creation is quick, easy and simple and this gives the group more time to focus on who their characters are and how they interact with each other rather than how the numbers on the sheet work and perusing over a myriad of scores and bonuses. This also does away with charts and tables, reducing the time it takes to work out a roll and enables quick resolutions. This keeps the action moving and the tension high.

In the next blog I'll talk more about the setting and how exploring the dark can make for exciting adventures.

Interested in Those Dark Places? Preorder your copy here.