We’re delighted to announce that in February 2021 we will be publishing Jackals: Bronze Age Fantasy Roleplaying by John-Matthew DeFoggi, with artwork by John McCambridge and Randy Musseau. 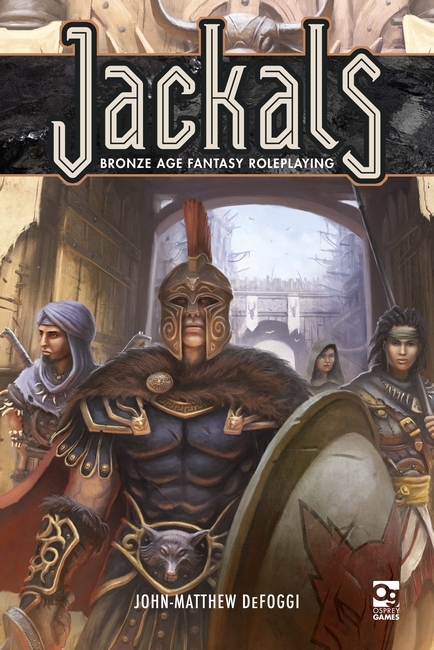 Jackals is a roleplaying game of Bronze Age sword and sorcery set in the land of the Zaharets, known as the Land of Risings. Inspired by the myths, cultures, and history of the ancient Near East, and by such texts as the Iliad, the Epic of Gilgamesh, and the Old Testament, the Zaharets is rife with monstrous creatures, cruel beastfolk, and the ruins of the ancient civilisations that came before.

“Jackals was born from my lifetime love of ancient Near East cultures, religions, languages, and myths” said author John-Matthew DeFoggi, “For nearly a decade, I’ve worked on the world, fiddled with the system, and developed the game. I wanted the system to encourage the growth and retirement of characters, echo the tense back-and-forth combat style found in the Iliad, and provide players and GMs a setting that reflects our own world history. Jackals is all of this and more – with a lot of love for the late Greg Stafford tossed in throughout.”

Senior Games Developer Filip Hartelius comments, “This game offers a rich world that is both comfortably familiar and excitingly fresh, filled with ancient secrets and intricate schemes. Powered by an intuitive percentile system that encourages characters to use the full breadth of their capabilities and a combat system that encourages epic heroism amidst the evils that beset the Zaharets, it’s easy to become immersed in Jackals. Jump in with its generous offering of three starting adventures, then dive in deeper with the grand campaign offered in May with the publication of Jackals: The Fall of the Children of Bronze!” 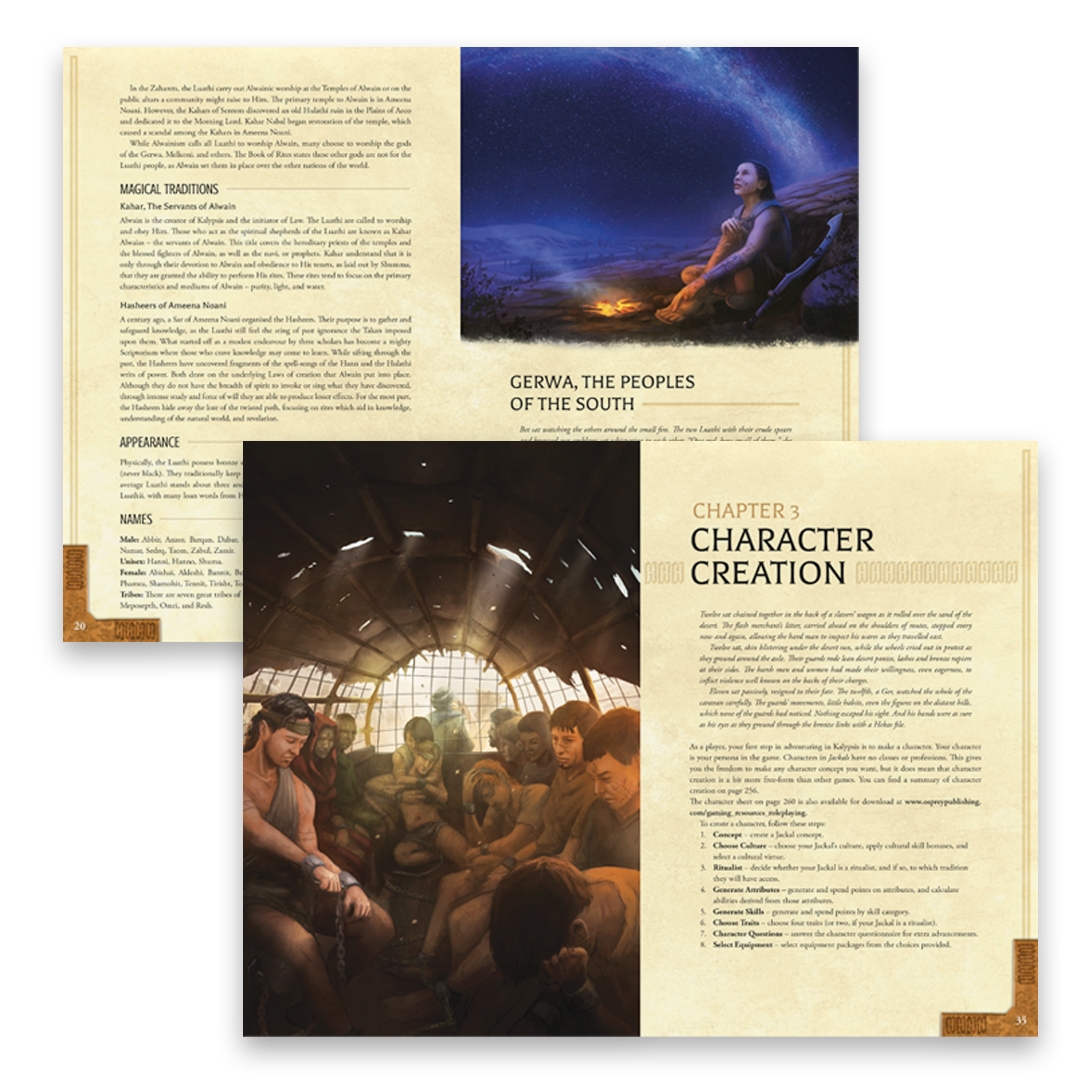 Click here for a preview PDF for the introduction to Jackals: Bronze Age Fantasy Roleplaying.

The Zaharets, the land between the Vori Wastes and the Plains of Aeco, is well-known as the Land of Risings. Dominated by the rising city-states of Ameena Noani and Sentem, facing each other along the great War Road, the Zaharets has always been home to powerful civilizations. Beastfolk ruins dot the landscape, a constant reminder of the Kingdom of Sin and the fragility of the Law of Men. Even older are the great ruins of the Hulathi, the legendary sea peoples, and the Hannic mansions sealed beneath the mountains, awaiting those who would seek out the Lost Folk. Scars abound from the wars between ruined Keta in the north and Gerwa in the south. And, far to the east, the legends of Muadah still beckon occultists and Jackals who seek to plunder its corrupted ruins.

Inspired by the myths, cultures, and history of the Ancient Near East, and by such ancient texts as the Iliad, the Epic of Gilgamesh, and the Old Testament, Jackals is a Sword & Sorcery roleplaying game set in a Fantasy Bronze Age. With mechanics based on the popular OpenQuest system, the game places players in the role of Jackals – adventurers, explorers, sellswords, and scavengers – and sends them out into the peril-filled land of the Zaharets to make their fortune… or perhaps fulfill a greater destiny…