On the blog today, we're looking at three fantastic pieces of artwork from a few of our March 2021 titles. Let us know what you think in the comments section and, if you would like to see any artwork from our April titles, be sure to mention that too! 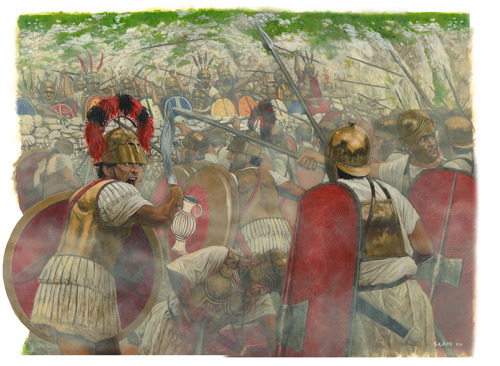 In this plate, the Romans are attempting to break out through the eastern defile. The Samnite defenders are holding the Roman onslaught from behind their barricade, made of boulders, felled trees, earth and an abatis of sharpened tree branches. The Roman officer to the left is a wealthier citizen, equipped with the panoply of the Greek hoplite, with helmet and muscled cuirass of bronze, and the clipeus (double-grip bowl-shaped shield). The figure to the right is a less well-off Roman citizen, wearing a simple pectoral plate secured into place by means of a harness in the form of leather cross straps. He carries the oval scutum body shield and wears a Montefortino helmet with cheek pieces. The less well-off citizens might be armed only with a hasta, the long thrusting spear. 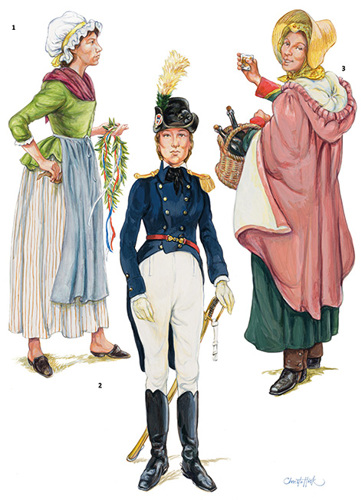 The next plate, requested by GI Gene and PAUL W, shows several figures in the early 1790s: 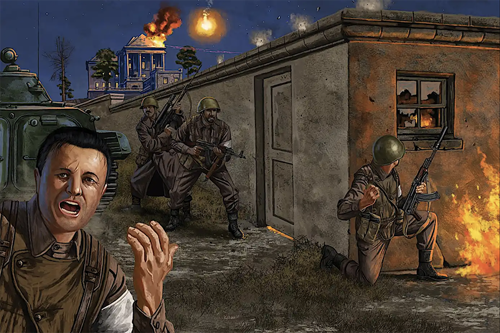 This final image, requested by AdamC, depicts the 2BG, under the direct command of Colonel Boyarinov storming the palace in 1979. Here, a Grom commando prepares to throw an RGD‑5 grenade into a shelter being used by defenders from the Security Brigade while in the foreground Boyarinov calls up the unit’s BMP personnel carriers for a last dash to the palace entrance.  A ZSU‑23‑4 self‑propelled anti‑air gun of 11BG has started to lay down withering suppressive fire on the upper storey of the palace with its quad 23mm autocannon. Given that the Soviets jammed all landline and radio traffic during the attack, the defenders have let off a flare in the hope of summoning aid from loyal DRA forces, but they too had been neutralized ahead of time.